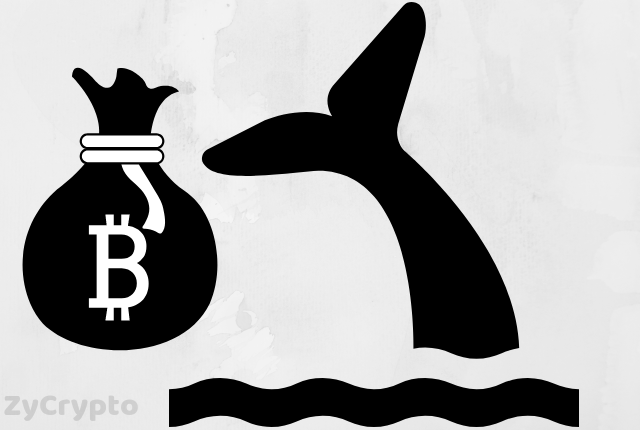 There are whales out there.  With Bitcoin still in a developmental phase awaiting mass adoption, the distribution of the coins are skewed to big holders.  In fact, it has been reported that around 1000 wallets hold about 40% of all Bitcoin.
There are nearly 22 million Bitcoin wallets and about 6 million active users of Bitcoin, so with some pretty simple math, it’s easy to realize that in Bitcoin the power is concentrated at the top.
With so few holders controlling such a substantial percentage of the total number of coins, a decision by a whale to sell off their bag could throw the whole market into disarray.
This scenario is actually the most popular theory for what caused the most recent sell off.  A chain reaction of sellers not wanting be the last holder left began when the whale in question started selling off a 2 billion dollar fortune of Bitcoins.
Of course, as soon as the theory took hold, cryptocurrency enthusiasts all over the world began turning over every stone they saw to get to the bottom of the 2 billion dollar whale wallet sell off.
While amateur detectives are on the case, financial experts are just as fascinated by the communal search for whale wallets.  Kim Grauer, senior economist at Chainalysis in New York is especially intrigued.

“This is actually really interesting because of the Reddit detective work that’s been happening and just people making these assumptions that this whale is cashing out. It leads to conspiracy theories that someone’s trying to sabotage Bitcoin — just from someone doing an administrative move of their funds for security purposes, or we don’t even know why they have done it.”

Danny Scott, co-founder at CoinCorner, a British crypto exchange commented on the buzz that is surrounding these whale wallets.  “There will always be these historical addresses that become a little bit of a treasure hunt almost — who they are and when people move them really does spark interest.”
He went on to warn those in the crypto space to be vigilant in their fact finding and research. “There’s so much noise around the industry and it’s hard to weed out what’s actually happening behind the scenes.”
The situation leading to the most recent sell off is an indicator of the extreme volatility that the market faces in its early days.  However, the investigation by the cryptocurrency community that followed is a perfect illustration of the public nature of the blockchain ledgers used to create Bitcoin.
With everything visible on he ledger, interested parties will be constantly combing through transactions and addresses to achieve more vivid views of the financial scene.