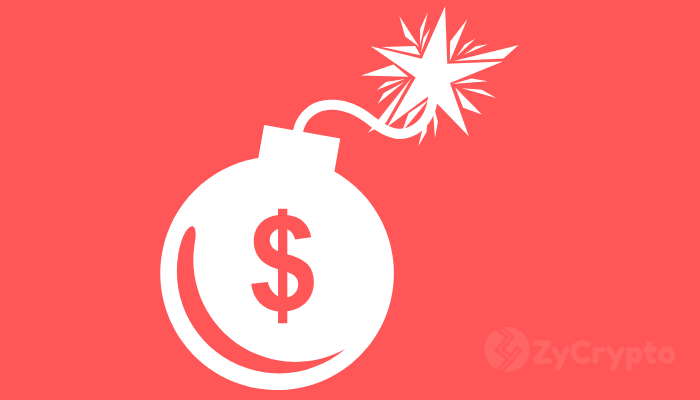 The founder and leader of the world’s biggest asset management firm thinks a global financial crisis is on the horizon. Larry Fink and BlackRock manage over 6 trillion dollars in assets and he thinks the rising US debt along a combination of climbing interest rates and inflation could spell disaster in the near future.

Fink spoke at the Bloomberg New Economy Forum in Singapore and said that the great growth the stock market has experienced could soon slow down and cause a ripple of economic issues.

“If the economy does slip because of trade imbalances or trade problems, we (could) see less growth. The problem is the deficit is very large and we’re fighting with our creditors worldwide. Generally, when you fight with your banker, it’s not a good outcome.”

Interest rates were among his chief concerns.

“That could be the real issue related to everything: where we have interest rates becoming too high to sustain the economy with its growth rates,” according to the BlackRock CEO.

A lot of experts both inside and outside of the cryptocurrency sector think a crash could devalue the American dollar and lower its purchasing power.  If the dollar takes a hit, the public will be increasingly in search of alternative ways to invest and save. CEO of the cryptocurrency exchange ShapeShift, Erik Voorhees has alluded that a financial crisis will send a rush of investors to the crypto space.

“When the next global financial crisis occurs, and the world realizes organizations with $20 trillion in debt can’t possibly ever pay it back and thus must print it instead, and thus fiat is doomed. Watch what happens to crypto.”

Vorhees is not the only expert that thinks money will soon be pouring into the cryptocurrency sector.  Vinny Lingham, founder, and CEO of Civic, the global blockchain ID platform tweeted that the space will have huge amounts of money flowing in soon.

“More wealth will be created in crypto over the next 10 years, than over the prior 10 years. But remember, like any success story, it’s not going to be a straight line up. Keep believing and just be patient.”

This tweet from @Nicholas_Merten, a popular crypto YouTuber was liked by Roger Ver and perhaps gives us a view of what Ver sees coming in the next 10 years.

Of course, those who are already deeply invested in the cryptocurrency world will tell their followers that the space will be flourished with new money; but, when attached to a worldwide financial crisis, the proposition becomes much more frightening.

The Cryptocurrency Market is Looking Hopeful – But Will it Last?

Could this be the Best Time to Enter the Cryptocurrency Market?