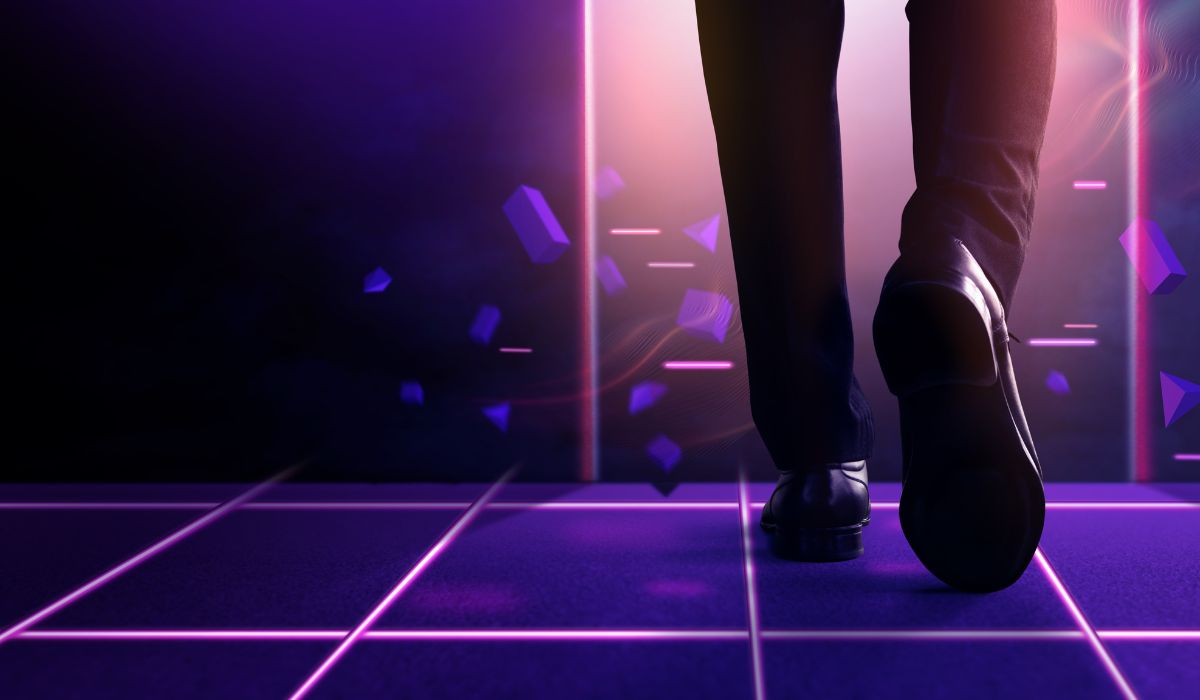 The internet has been set ablaze by all the buzz about Web3 and the vast utility and immersive user experiences it will afford. Yet, for all of the hype around Web3’s enabling technologies, like the blockchain, NFTs and the metaverse, very few companies have actually made the leap thus far.

Web3 is a term used to describe a vision of a new version of the internet based on blockchain technology. The basic premise is one of an internet that’s more democratic, with a decentralized ecosystem of applications, tools, and information. Web3 is also the foundational layer of the emerging metaverse, which is a new dimension of the internet made up of immersive, virtual worlds that anyone can explore using a VR headset and digital avatar.

Web3 promises immersive new experiences and a way for brands to enhance their reputation and interact more closely with their communities. But while the space has attracted lots of attention, very few people have actually experienced Web3 or the metaverse for themselves.

Many reasons have been cited for Web3’s lack of adoption, but the real issue is that it’s such a nascent new technology that few even understand how it works, what the benefits are, or how to embrace it. The complexity of Web3 comes from a lack of understanding of its core technologies, primarily blockchain, the decentralized ledger on which this immersive new kind of internet is based. This knowledge deficit is a big obstacle to Web3’s adoption because unless leading brands start to make the leap, few people will want to venture inside it.

The fact is that most software developers do not have any experience with blockchain, meaning they don’t know how to build upon it, and this causes problems for companies that are looking to build Web3 experiences.

One of the issues is that multiple blockchain ecosystems exist. Platforms like Ethereum, Solana, Tezos and Fantom are all independent networks co-existing in the decentralized world. They’re designed to solve some of the common challenges with blockchain, notably its lack of scalability and security issues. While some focus on being more secure, others tout their greater decentralization, and others are still all about speed. So we have a multitude of different blockchain networks to contend with, and building each one requires a different set of skills. Ethereum developers, for instance, need to be familiar with the Solidity programming language, while Solana developers must be well versed in Rust. Tezos-based applications, meanwhile are written in Michelson. This fragmentation means that most blockchain developers have very specialized skill sets that may or may not meet the needs of enterprises.

There are other problems with blockchain development, too, including issues around interoperability. NFTs are based on one specific blockchain, such as Ethereum, which means they’re not compatible with a metaverse built on a network such as Binance Smart Chain.

In other words, one of the primary obstacles in Web3 development is a lack of skills. Because of this, the few existing blockchain developers are in high demand, which means that building Web3 experiences generally requires a big investment. According to Glassdoor, the average blockchain developer commanded a salary more than $102,000 per annum in 2022. For small and medium-sized companies, the cost of hiring a specialist team can be incredibly steep.

The death of blockchain skills has led to the emergence of a new breed of Web3 ecosystem builders that promise to help onboard brands into the exciting era of the metaverse, NFTs and cryptocurrencies.

Leading the way is Xternity, which is the creator of a one-size-fits-all Web3 development platform that makes it possible for brands to integrate gamification and create sustainable, community-based economies that can enhance their relationships with consumers. Xternity’s extensive ecosystem of no-code tools can be used by brands to develop NFTs, cryptocurrency tokens and metaverse experiences without the need to hire specialist Web3 developers.

The goal of Xternity is to provide a comprehensive, Web3 architecture that any brand can tap into, placing community engagement at the heart of immersive new metaverse experiences. This is vital because, while Web2 was built with consumerism and sales in mind, Web3 will be all about the user experience. To succeed in Web3, brands will need to build up loyal communities, create fun experiences and reward users for their engagement, and Xternity makes building this much simpler.

In a nutshell, Xternity is about helping brands adapt to Web3 and embrace decentralization. It provides a comprehensive set of easy-to-use developer tools for building unique metaverse environments and a range of fun experiences. Brands can use numerous ready-made, turnkey Web3 solutions with retention and engagement features. Its tools include customized wallets, a member’s club, an NFT minting platform, NFT marketplaces, community challenges and reward mechanisms, a comprehensive CRM platform and more.

What really sets Xternity apart, though, is that, unlike alternative platforms, it’s laser-focused on the user experience, with analytics tools that help companies to understand their Web3 communities better. In this way, brands can identify what their users want and build Web3 experiences to cater to their desires.

Rivaling Xternity is a platform called Stardust, which aims to help developers get started in Web3, even if they lack any blockchain skills.

Stardust is the creator of an NFT and metaverse-building ecosystem of tools. It’s a chain-agnostic platform that enables one-click integration with multiple blockchains without needing specialist skills. In addition, Stardust boasts a range of partners, including the mobile game publisher Tilting Point. This enables brands to quickly iterate on gamification strategies by building engaging mobile gaming experiences that reward players for participating.

The end goal of Stardust is to empower developers to not only get to grips with the blockchain but to create metaverse experiences that enthral users. Its no-code, blockchain-free API makes integrating NFTs into almost any kind of game simple. Through this, developers have an easy, no-friction way to monetize immersive gaming and metaverse experiences and acquire and engage with their communities.

Stardust’s stated goal is to pioneer the emerging “play-to-earn” ecosystem and incentivize engagement with the prospect of real-world rewards for end users.

Another platform hoping to onboard companies to Web3 is Venly, which bills itself as a blockchain services provider with an ecosystem of tools to simplify the development of Web3 experiences. Chief among Venly’s offerings is its customizable digital wallets that enable companies to create their crypto tokens and distribute them to their customers. Venly also offers the Venly marketplace, a user-friendly solution for scaling blockchain-based ecosystems.

Much like Xternity and Stardust, Venly’s overall vision is to create an ecosystem of developer-friendly tools that can be used to help companies quickly embrace Web3 by creating a range of immersive consumer experiences.

This new Web3 ecosystem builder model provides compelling advantages for companies looking for a way to enter the metaverse quickly, but it is not free. Xternity, Stardust and Venly all operate a revenue-sharing or royalty-based model wherein they take a cut out of the fees users pay for metaverse experiences and assets.

For example, if a company uses Xternity to build an NFT marketplace and start selling digital assets, Xternity will receive a small fee from each sale on that company’s platform.

That said, it’s a compelling alternative for many companies that either lack or do not want to invest the capital required to build a Web3 platform from scratch. The cost of building a metaverse experience can quickly escalate due to the high salaries commanded by blockchain developers and the necessary maintenance of Web3 infrastructure. According to some estimates, the average cost of building a decentralized application of medium complexity can range from $30,000 to as much as $90,000, and that’s without the ongoing maintenance figured into the equation.

Through a Web3 development revenue-sharing model, companies can sidestep these significant upfront costs and get started building with a minimal initial outlay. Moreover, they get to focus on their actual business instead of being sidetracked by a major project that is not their primary area of expertise.

Most encouraging, companies will benefit from having access to tools that enable them to quickly develop a sustainable, revenue-generating Web3 economy that provides new income streams. It’s a small price to pay for being able to rapidly iterate on a proven infrastructure that encompasses the technology, operations and skills required to build the next-generation of community engagement.