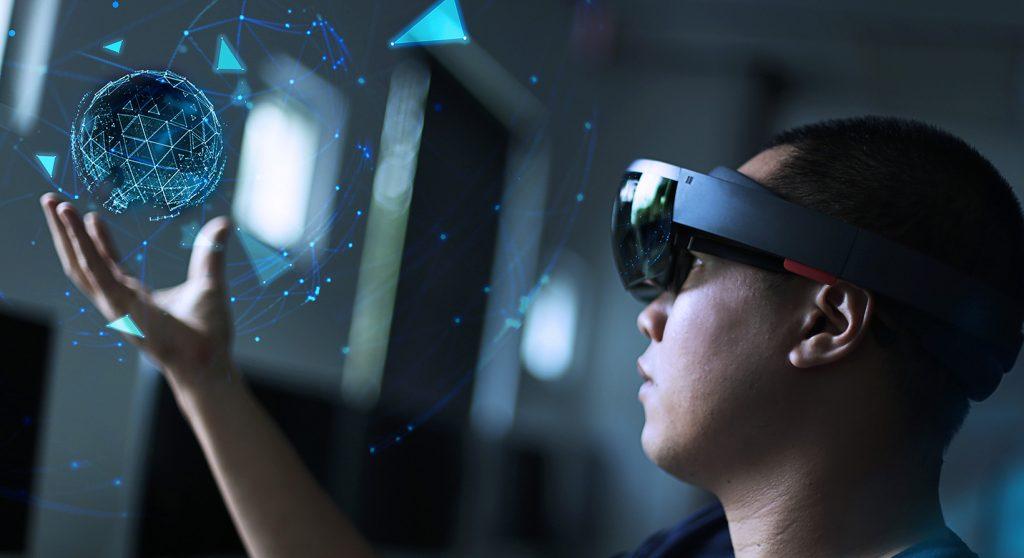 Think of virtual reality, commonly abbreviated to ‘VR’, and you’d be forgiven for conjuring up images of avid gamers, traversing simulated worlds using their Oculus Rift headsets. Gaming and entertainment have long been some of the most common uses of VR technology, helping to usher in many innovations for VR as a whole, and as such the technology itself has become almost synonymous with gaming.

But despite its success within the entertainment industry, VR’s widespread adoption across multiple industries has been slower than many experts anticipated. Aside from gaming, there is a myriad of other use cases where VR holds the potential to transform business practices, and sometimes transform lives.

Now, through synergy with other emerging technologies, such as blockchain, new VR based solutions are once again being explored for their disruptive potential. Here, we examine some of the most promising industries where VR is being deployed alongside blockchain or other nascent technologies, to enormous effect.

Training new staff to perform risky and high-liability jobs can pose a serious risk to the safety of the trainee, and also incur significant costs. Instead, by leveraging VR simulators, trainees can perform basic tasks which mimic real-world scenarios in a safe and secure environment.

Other applications where training can be delivered through VR include the well-known use of flight simulators. Such VR simulators are highly specialized and far beyond the specifications of retail VR units.

Virtual reality and blockchain for healthcare

Some companies are exploring the potential of VR to assist in patient recovery, and helping people to overcome scenarios which would be difficult or impossible for them to face in the real world.

One such project, founded in 2017 by UNICEF volunteer Dr. Raji Wahidy, leverages the power of VR in conjunction with blockchain to deliver psychological rehabilitation for vulnerable individuals. Named Virtual Rehab, Dr. Wahidy hopes that by leading patients through a virtual world in which they confront phobias or make challenging decisions, these experiences will have a positive impact in their real day-to-day lives. Such users may include those with harmful addictions, patients with PTSD, or individuals on the autistic spectrum.

The Virtual Rehab ecosystem is powered by an access token, named VRH, which is issued using blockchain technology. The token allows end-users to order and download VR-based programs from the Virtual Rehab online portal, and incentivizes these users to seek help or counselling from medical professionals – in a process Virtual Rehab term ‘Proof-of-Therapy’.

For visual industries, such as design or home interiors, VR can assist consumers in making choices about what they would like in their home, before they have bought it. Likewise, designers can use VR technology to pre-plan art installations, create digital renderings of planned designs in 3D, and even share their creations in collaboration with others working via VR.

There are already high-profile retailers exploring the power of VR for this very purpose. Swedish multinational furniture retailer, IKEA, are allowing their customers to experience their ‘Virtual Reality Showroom’.

Blockchain is disrupting VR design too. Decentraland, a blockchain-based VR enabled world, is primarily used for recreation, but there are some serious use cases emerging as a result of Decentraland’s diverse digital economy. Users can design and sell their digital creations, which means that with the help of Decentraland’s easy editor, designers and artists can monetize their work in a peer-to-peer fashion.

It’s highly likely that VR will continue to see widespread adoption in the coming years. However, this time it seems more likely that adoption of VR technology will be led not by the gaming industry, but by other innovators in fields such as healthcare, training, and design.

With blockchain especially, there are numerous possibilities where peer-to-peer economies could help VR designers monetize and share their work without third parties. Likewise, VR and blockchain can work together to deliver targeted and secure patient rehabilitation programs.

Therefore, the next decade could be crucial for shaking off the image that VR is focused solely on entertainment. As an industry, businesses using VR will have to think carefully about new ways to communicate the disruptive power of this exciting and promising new technology with the wider community.