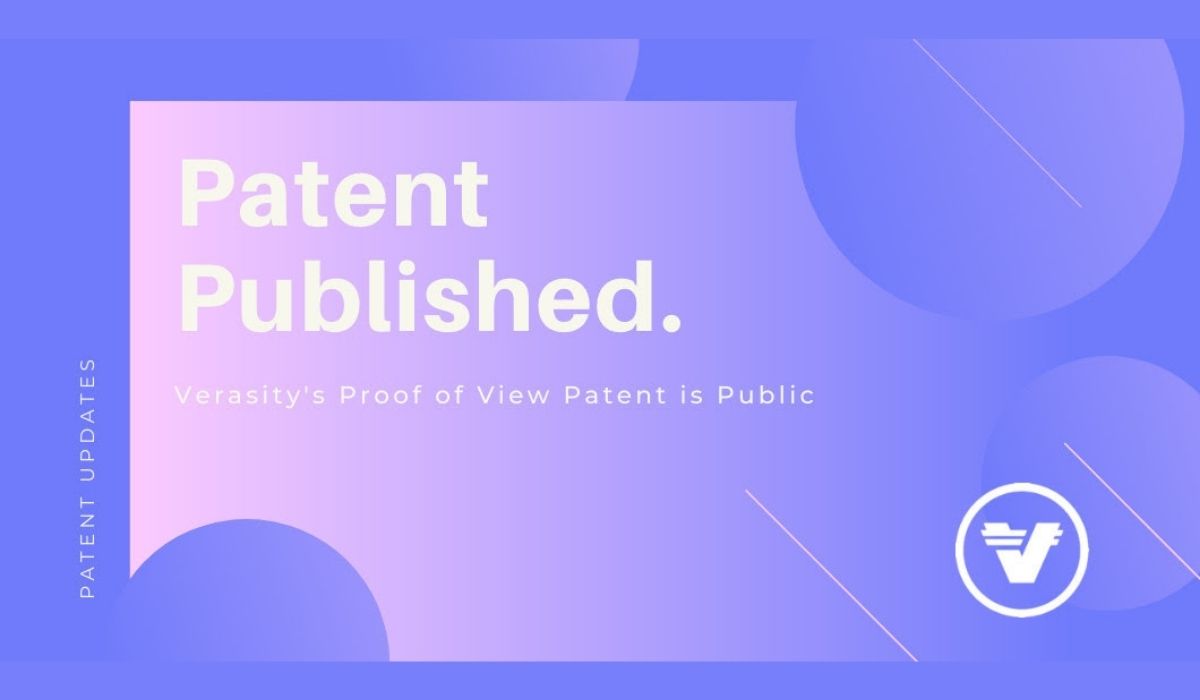 A leading company in blockchain-powered ad-tech, Verasity, has received a notice of allowance for the second patent of its blockchain Proof of View (PoV) system and method from the US Patent and Trademark Office (US patent application number 17/192045). The patent will automatically be granted to the company in a few weeks, once the protocol and product layer platform for esports and video entertainment pay the issuing fee.

Filed on June 24, 2021, the patent details all parts of the second PoV verification system. Following the Patent Cooperation Treaty, Verasity can now file patents globally for a year from the date of patent filing. Verasity’s second PoV is, therefore, effectively protected worldwide.

Compared to the first patent, the second has updated features to enable better fraud detection and user experience. In the patent are all the ways that NFTs can be fraudulently created and manipulated, including methods that are often ignored or uncommon. Moreover, the new patent covers additional fields such as medicine, space applications, and telecommunications which, are a plus to Verasity’s first patent (10,956,931 B2) issued March 23, 2021.

Even more, the new patent contains a wide variety of NFT content types besides NFT tech applications such as digital rights management. This idea is infinitely scalable as any existing NFTs can be transformed into PoV enabled NFTs.

Importantly, Verasity’s PoV concept was fueled by the many issues affecting brands including ad fraud. Presently, data analysis takes place during the finalization stages of an advertising campaign, when the content has already been delivered. This makes it quite difficult to detect fraud. However, with Verasity’s PoV technology, ad fraud is detectable as it happens.

All this happens through artificial intelligence and 200 touchpoints which enable Verasity to determine whether a human or a bot is viewing an ad in real-time. This does away with the need for post-delivery fraud analysis and requesting refunds from ad publishers. More so, legitimate views are verified and added to a publicly accessible blockchain containing anonymized data. This prevents view count and audience metric manipulations.

“Our patented PoV technology, which is a protocol layer technology, offers immutability and transparency for video advertisements and helps combat NFT fraud as well as online ad fraud. With this notice of allowance, we will be able to expand its patents globally,” says RJ Mark, founder of Verasity.

The mission at Verasity is to increase user engagement and video monetization on video platforms. The company’s products include a proprietary ad stack and rewards system integrated within software development kits for YouTube, Vimeo, Twitch, and all other top video platforms.