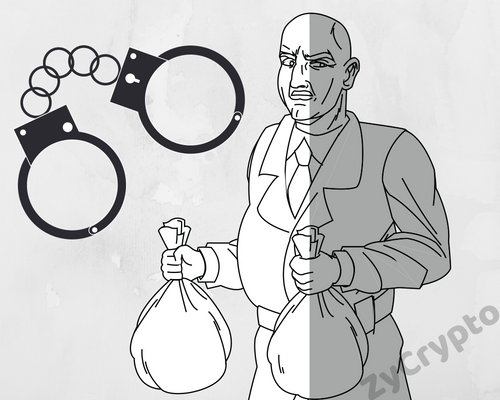 Police in Dubai, United Arab Emirates, have apprehended a gang of robbers and scammers that robbed Indian twin brothers of Dh7m.  The robbery was a scam set up disguised as a legitimate sale of cryptocurrencies to the two brothers.
During the court proceedings at Dubai Criminal Court following the arrest of the gang members, the court was told that the incident occurred after the two brothers and the supposed crypto sellers used a broker to arrange a meeting.
At the meeting set at an office, the deal was negotiated whereby the two brothers agreed to part with Dh7m in exchange for digital currencies. The brothers had also enlisted the help of a friend to accompany them to the meeting for safety purposes.
Since the buyers hadn’t brought the money to the venue, one of the brothers went out to arrange for the delivery of the money in cash. No sooner had he shown up with the money than a gang of crooks stormed the venue and identified themselves as police CID.
However, the two brothers didn’t believe the gang that accosted them claiming that trading cryptocurrencies was an illegal activity in the Emirates. At that point, the brothers demanded to call the police themselves, since they couldn’t believe the purported CID.
That’s when things went south. The gang members, who had increased to 11 by then, descended on the brothers with blows and threats. Amid the ensuing commotion, one of the robbers took off with the money.  Apparently, the gang had another member stationed at the entrance with a car as the get-away driver.

The Real Police Saved The Day

Realizing what had just happened, the brothers reported the incident to the police immediately, culminating into the arrest and eventual presentation to court of the gang members.
During questioning by police, some of the gang members confessed to having received a share of the loot. When they got nabbed, Dh3.8m was found with the criminals and was immediately seized.  However, the rest of the money had not been recovered as at the time the court went into session.
The incident, which happened on April 25th this year, involved criminals from multiple countries: A Yemeni national, 6 Pakistanis, one Emirati, one undocumented person, and 2 Bangladeshis. The 11 defendants, aged 25 to 57, were arraigned in court and denied the charges read out against them. The case is set for next hearing on July 8.