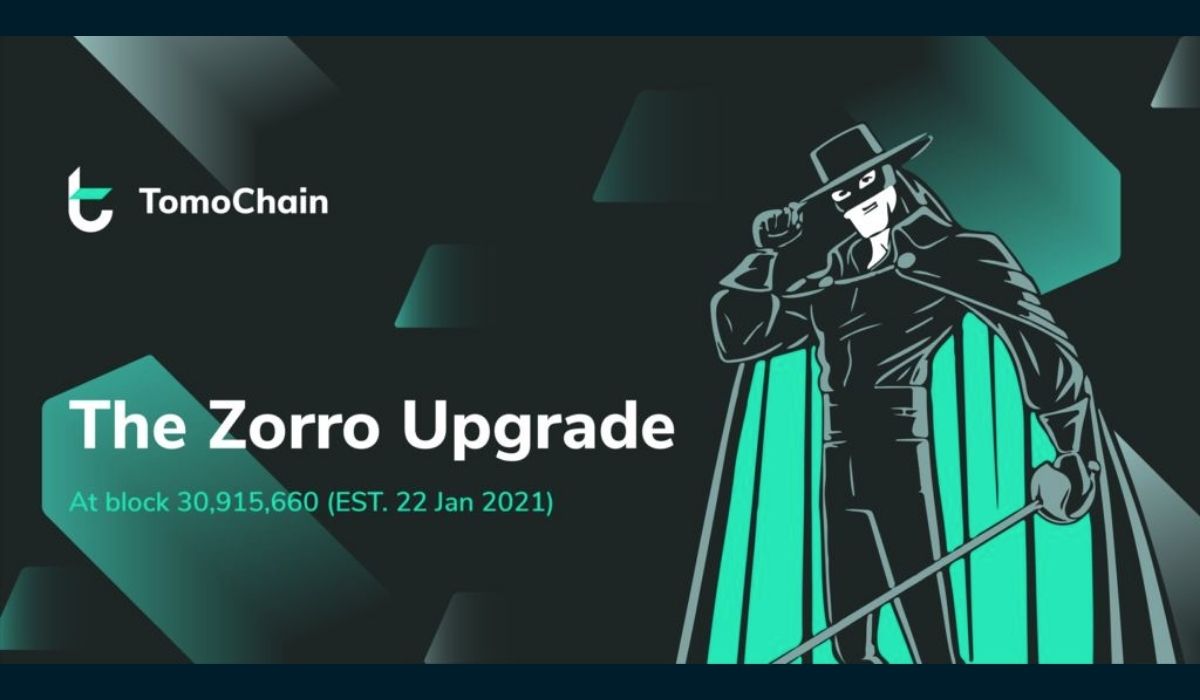 Decentralized smart contract platform TomoChain has announced its major network upgrade, which it claims will be a DeFi gamechanger.

Singapore-based TomoChain, a blockchain network working to improve scalability on the Ethereum network, will upgrade to its Zorro Network on January 22nd.

The company said that the upgrade will make its blockchain “one of the most frictionless DeFi systems in the space.” TomoChain claims that any dealing with Ethereum tokens — whether it is being sent, swapped or farmed — will be quicker and cheaper on their platform following the upgrade.

Who Should Care about Tomochain?

But there’s one issue. Most DeFi products are built on Ethereum. And Ethereum’s network has struggled under the pressure: costs for transactions are high and the network can be slow and vulnerable to attacks.

TomoChain is hoping to change this. The company, which launched in 2017, wants to improve scalability on Ethereum in the meantime. It uses an innovative consensus method called PoSV (Proof of Stake Voting) which gives an incentive to all TomoChain token-holders to play an active part in staking across a network of 150 high-quality Masternodes.

Its update will be a “major DeFi enabler,” the company says. In other words, using TomoChain’s platform to deal with Ethereum tokens will be cheap and fast.

TomoChain last year acquired Ethereum-based sidechain Lition. And it is even being used by governments: it recently partnered with Vietnam’s Ministry of Education, who will use its platform to secure millions of diplomas.

Kyn Chaturvedi, CBDO of TomoChain, said: “This upgrade will elevate TomoChain’s capabilities, making the network suited to hosting enterprise applications that can operate at scale.

“Making it easier for developers to build on TomoChain, through upgrading its EVM, is a vital step in realizing this goal.”

If TomoChain’s upgrade is a success, the project may just become a go-to blockchain for DeFi heads.

TOMO, the token for the TomoChain project, was today trading at $1.09.