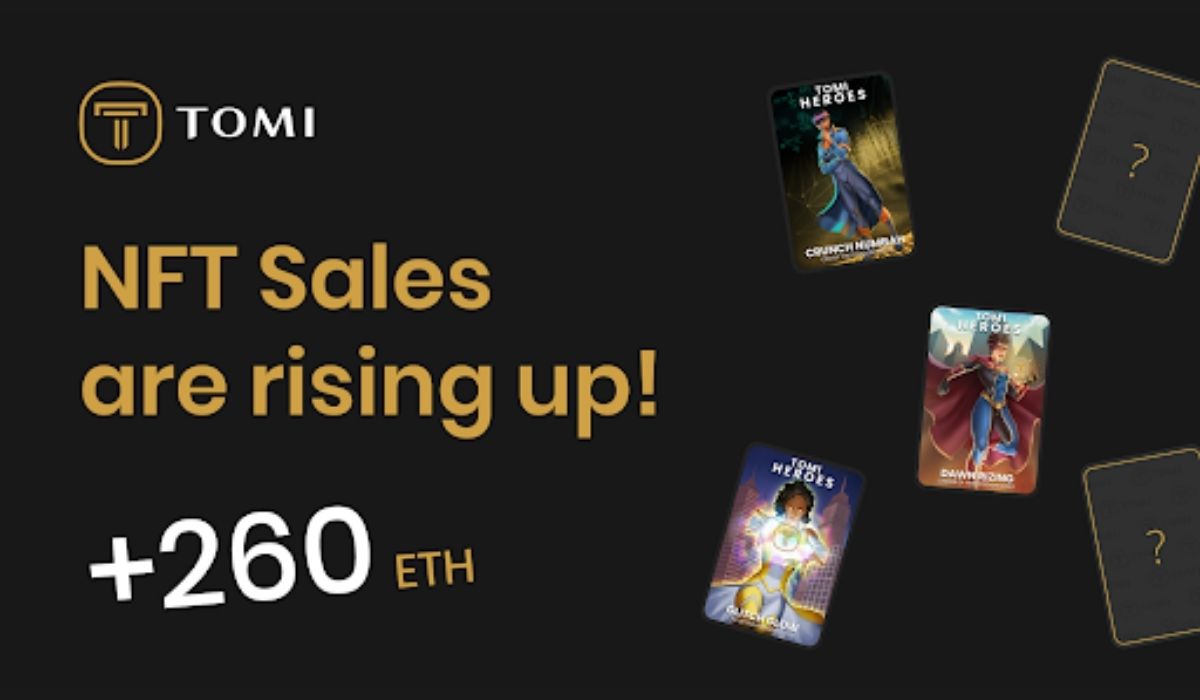 TOMI, a decentralized cryptocurrency platform, announced its limited edition set of NFTs that will allow owners to access their main presale.

According to the announcement, TOMI is offering users an opportunity to purchase the exclusive Tomi Heroes NFTs. The collection has gained a lot of traction from various members of the cryptocurrency community, including influencers. So far, TOMI has raised over 260 ETH (slightly less than $1 million). Notably, there are currently a few pieces remaining.

Tomi created three different NFTs with 15000 copies of each (a total of 4500 NFTs). The NFTs will be launched on the Polygon network and SushiSwap due to the high fees on the Ethereum network. This will be the third time TOMI is organizing a sale for its NFTs. T

The first round was done on September 7, 2021, which raised 0.1271 ETH. This funding round, which was quickly sold out, featured the ‘DAWN RISING NFT’. The second sale round is still in progress, and it has used 0.1144 ETH so far for selling the ‘GLITCH GLOW NFT’. In the third sales round, Tomi will be selling the ‘CRUNCH NUMBAH NFT’.

Each sales round will reportedly last for 30 minutes. These sales rounds will be held at random times and announced to the specific holder through telegram.

Investors and users wishing to become part of the TOMI community are required to grab their NFT tickets through the official TOMI website. Reportedly, investors have until September 21, between 8 AM and 2 PM EST, to grab their tickets. There are four remaining items with a floor price of 0.1 ETH on the OpenSea.

Once the second and third sales rounds are completed, Tomi plans to use all the proceeds to buy its native token, the TOMI tokens, during its upcoming public sale. Notably, after swapping all the ETH for TOMI, the platform plans to burn the remaining TOMI tokens. In addition, after the sale is over, the Tomi Heroes  NFTs will be accessible through OpenSea.

Lastly, once the Tomi public sale is concluded, Tomi plans to release more NFTs from this series are coming! These pieces will reportedly be equally valuable and even connected to other Tomi Projects.

The Tomi project was created to ‘eliminate existing current crypto market greed in the form of fees and educate people about the complex concept of wealth on the way.’