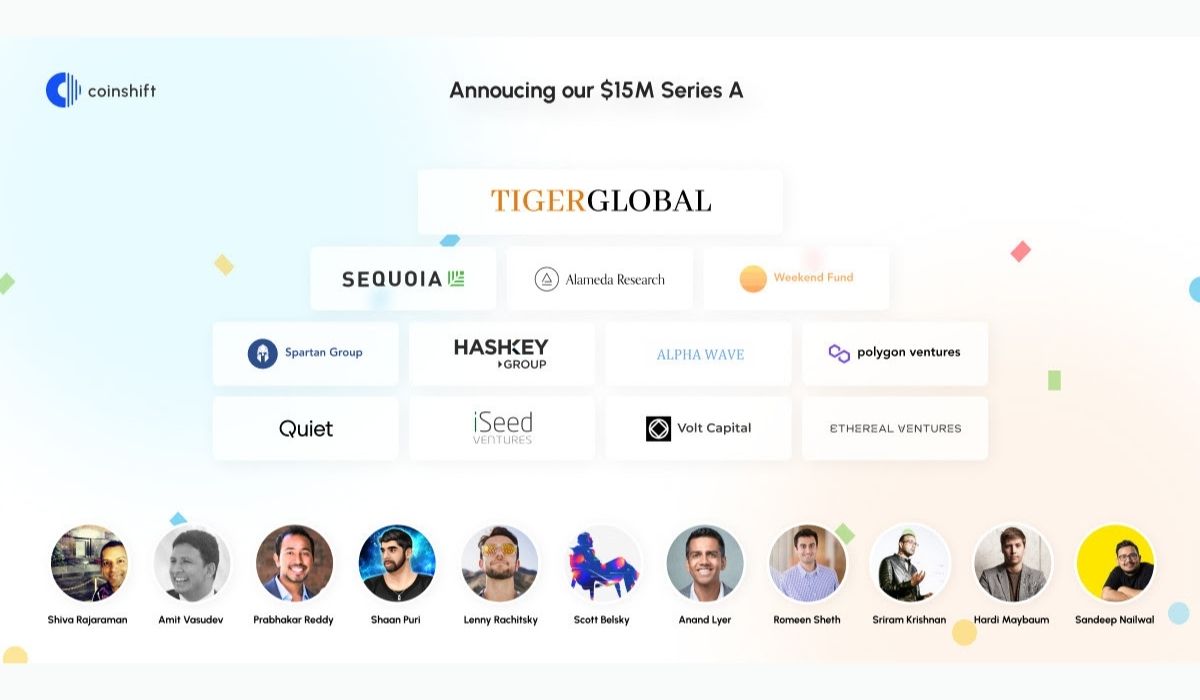 As per the announcement, Coinshift raised $15 million in the Series A funding round led by Tiger Global. Others who participated in the funding round include Sequoia Capital India, Alameda Ventures, Ryan Hoover (Founder of Product Hunt and the Weekend Fund), Spartan Group, Alpha Wave Capital, Quiet Capital, Ethereal Ventures, Hash key Capital, Volt Capital, Polygon Studios and 300 more angels and operators in fintech and crypto.

In addition, Coinshift is launching version 2, built and designed in collaboration with leading Decentralized Autonomous Organizations (DAOs) in the industry.

“Today, a new chapter of the Coinshift journey begins. We are unveiling a glimpse into our platform’s second version, through which we share our vision to build the most sophisticated multichain treasury infrastructure for Web3. The fact our investors have returned to participate in a Series A funding round is a testimony to the quality of our platform and the timely solution we offer to fill the current needs in the market.”

Coinshift’s version 2 will reportedly allow users to manage multiple Gnosis safes for multiple chains. All this will be done under one organization. This will enable significant time saving while achieving transparency in treasury operations. Previously in version 1, one safe address was tied to one organization.

Notably, the main architectural difference between Coinshift version 1 and version 2 is that in the second version, users have the option of adding multiple safes to a single organization across multiple chains. Also in version 2 architecture, treasury managers and sub-DAO committees will be able to proficiently consolidate all their safes across networks. The upgrade will also allow users global access to payees, budgets, labels, reporting, and advanced access level control between safes.

Launched last year in June, Coinshift enables DAOs and businesses within the crypto space to manage cash reserves. Currently, the platform is managing over 1000 safes and $1.3 billion in assets. The platform is also handling $80 million in payouts for organizations such as Messari, Consensys, Perpetual Protocol, Uniswap, Balancer, and many more.