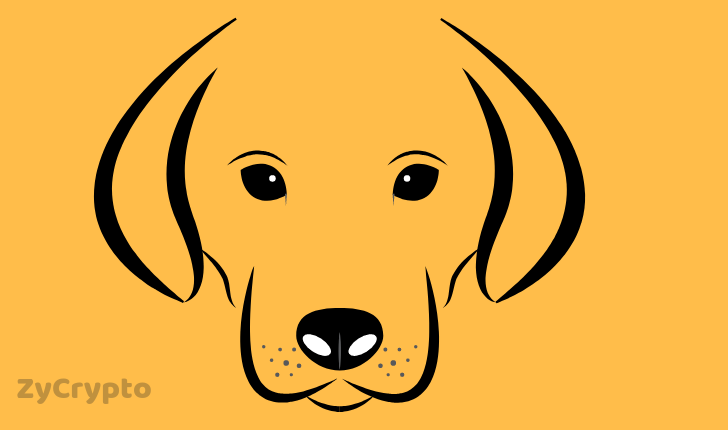 With the rate of success that Bitcoin and many other cryptos have achieved, new projects will keep coming out every day. Many altcoins and ICOs have been created into the market, with some even with high hopes of rivaling if not knocking down bitcoin.
Many have lived to their expectations whiles others have failed miserably but no matter the case, the urge to taste the unending joy in cryptocurrencies is still going to compel individuals to keep creating projects onto the market.
Dogecoin is one of the numerous coins on the market today, and it would only be fair to give a little insight into it as it is currently doing well. Created by Billy Markus and Jackson Palmer, Dogecoin open-source peer-to-peer digital currency.
The coin lived most of its early stay being labeled a joke by many people in the blockchain and cryptocurrency community partly because of its shabby performance, and also party because, its origin is based on an internet meme the Shiba Inu dog.
Fast forward, the coin demonstrated to the crypto community that, it was time they took it seriously. Hitting the market on December 6, 2013, the coin got its online community and soon gained a market cap of $60 million by January 2014. From there, it strengthened on the reason why people should look out for it.
Whiles steadily performing on the market, Dogecoin bagged the top performer for the month of August this year, and also came third in the month before. The coin is again the biggest gainer this month out of the market cap top 100 and on the 1st, he achieved an incredible rate of growth by seeing an increase of over 50% in just a day bull run, signaling that the coin has been gaining momentum.
Dogecoin has seen a rise of up to almost 20% in just a week, while at that same time, some big coins such as Ethereum which we all know isn’t doing well this year, fell over 32%.
Its rate of adoption is also on the rise for some months now all thanks to the fact that, Dogecoin can now be used of buying Amazon gift cards for shopping through Bit Refill alongside with Bitcoin, Litecoin, Ethereum, and Dash.
The Dogecoin team is also reading a game dubbed ‘Doge Racer’ which aims at pushing the coin into the gaming industry which will surely give the coin the needed attention it deserves. Things are looking good now and should it continue, the once meme coin will soon be a hit on the crypto market.