Despite remaining calm for the most part of the month, Ethereum has been one of the top performers in the last three weeks. At press time, ETH is trading at $2,894, down 8% on the day after recently recovering by over 40% since falling to its lowest point this year.

However, Ethereum still has much to do before recouping its all-time high after an extended all-market selloff in November. That said, some glaring developments point to prices recovering much faster this quarter, especially after Tuesday’s price spike that saw ETH gain by 9%.

According to data by Santiment, despite there being a bloody sell-off in December and early January, Ethereum whales kept hold of their bags. Since October 1, over 100,000 ETH whale addresses collectively added 1.54 Million ETH. These addresses have continued to accumulate ETH during various price drawdowns, their forbearance getting rewarded as prices rebound. 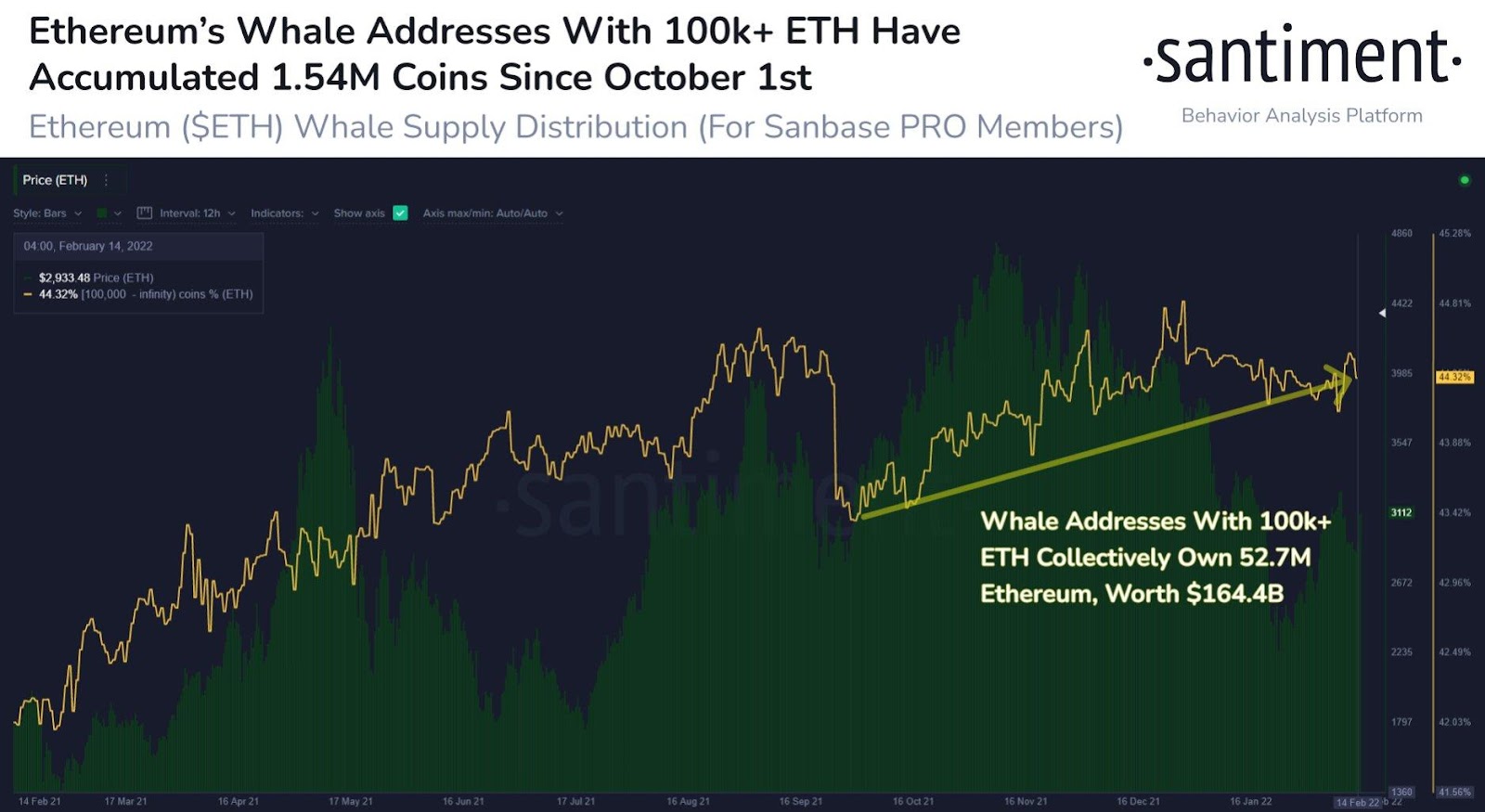 In a surprising twist of events, there has also been an interplay of sorts by Ethereum and Shiba Inu whales. In the past few days, ETH whales have been purchasing Shiba Inu and vice versa perhaps due to the allure that came with the meme coin’s global recognition and acceptance.

On Tuesday, Whalestats, an on-chain data service that tracks the top 1000 whales on various blockchains reported that the third largest SHIB whale added 761 ETH to its coffers. The whale which identifies as “Light” currently holds ETH worth $194,695,522. Moreover, as of Wednesday, the top 1000 ETH wallets are holding $1.6B worth of SHIB.

According to Glassnode, smaller retail investors seemed to have also been paying attention to dips, with the number of Ethereum addresses holding 0.1 ETH hitting an all-time high of 75,224,094.

That said, although a majority of ETH long-time holders remain bullish on the cryptocurrency, it remains clear that the $2,700 resistance, which remains the biggest hurdle to ETH’s date with higher prices, could put up a spirited defense. Should the price break below this level, $2,500 is the next notable resistance before price can recoup November highs.

As for now, traders are closely watching the asset’s price action with $2,500 being the closest support.