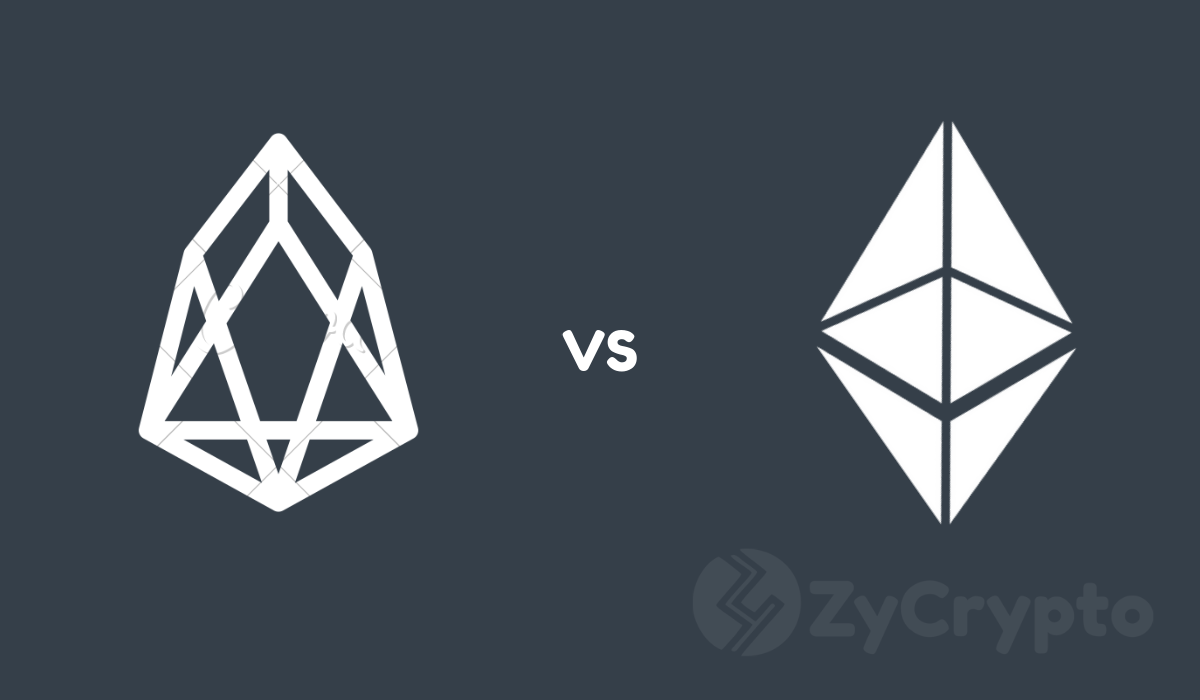 From its whitepaper published in 2017 till date, block.one has created a cryptocurrency which indeed does much to enhance capabilities of human activity beyond what the dominant stable coins are doing.

EOS which was dubbed “the Ethereum killer” solved many of the scalability issues which have been affecting major cryptocurrencies.

They even went beyond the issues which surround the mining process of obtaining tokens using delegated proof of stake as a model to follow.

Raising a record $4 Billion during their initial coin offering, Everyone believed that the blockchain which eliminates transaction fees can indeed kill Ethereum.

With over One million transactions per second and one of the best platforms for the building of decentralized applications, EOS has failed to make its mark as a rival to other stablecoins for a few simple reasons.

Firstly, the powers granted to the miners is incredibly immense.

This alone is one of the major factors that is driving people from even adopting the blockchain.

The power that the top 20 block creators have is like having a mafia cartel controlling the economy of a Country.

Secondly, a deep dive into EOS from its early days will show that the cryptocurrency itself was created to look like Ethereum.

So, EOS didn’t come with anything new per se.

This is apart from its distributed proof of stake model and zero transaction fees which so far haven’t gained the traction that the founders would have hoped.

Thirdly, the founder of EOS Daniel Larimer hasn’t been stable on any crypto project for very long.

He has been known to move from one project to the other without seeing the project through its crisis phases of growth.

Fourthly, the Ethereum developers are coming up with some of the craziest scaling solutions ever.

From Raiden and sharding to plasma, the chaps on the Ethereum team are coming up with both on-chain and off chain solutions which will most likely not only keep up with but will rival anything EOS has done so far.

So you can see that while EOS might be a very compelling cryptocurrency, it will not rival Ethereum; at least not for a very long time.

What do you think? Can EOS ever live up to the hype of becoming the Ethereum killer?

Please let us know in the comments!