The Bitcoin market looks all good even after news of Bitfinex’s scandalous dealings with Tether. As has been the case for years, many would have expected such bad news to affect the crypto market, especially Bitcoin. However, that hasn’t happened – at least not in a scary magnitude that could have happened if such an occurrence had been unearthed a few years ago. In fact, the market barely noticed anything.

As if that’s not enough, more bad news sprouted up. Binance just got hacked and $40 million worth of Bitcoins stolen from the exchange. One would expect such kind of news to adversely affect the market, especially given that the hackers stole 7,000 BTC. Well, nothing happened, except for a small decline that has since been covered speedily. It’s this kind of resilience that makes Twitter users like Rekt Capital tweet about Bitcoin.

In the past few weeks, there was the Tether FUD and now the Binance hack

And yet #Bitcoin recovered quickly from both $BTC 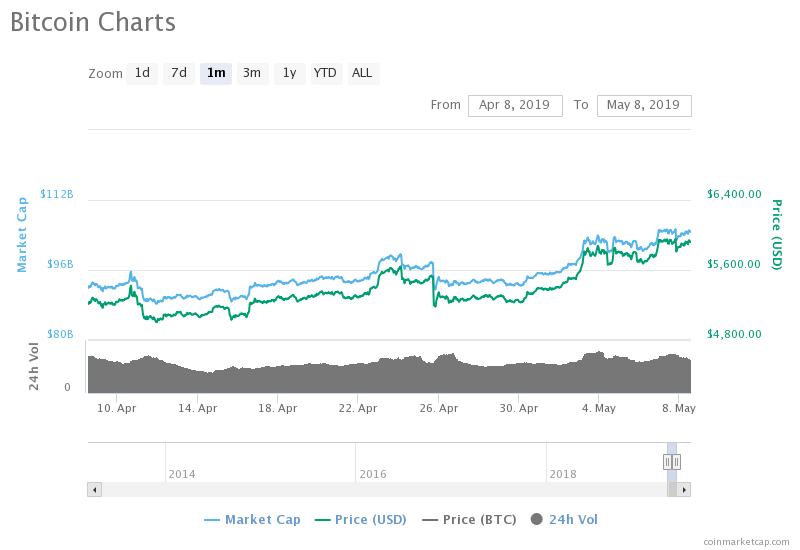 One of the most prevalent arguments attempting to explain why the Bitcoin market looks nice right now involves a bottoming notion. Some people argue that since Bitcoin braved the crypto winter through the many months it lasted, the top crypto has since bottomed out and the only direction it can move now is up.

That probably explains why the market was quick to bump right up after a short drop when news broke of Bitfinex’s Tether scandal last week. The same market reaction happened in the last 24 hours when Binance was reported to have been hacked. However, the Bitcoin market is yet to achieve yesterday’s trading volume recorded before the security breach happened.

For some days now, various crypto fans and traders have offered their opinions claiming that a major Bitcoin bull run is long overdue. The general consensus is that the crypto winter is over.

At the moment, Bitcoin’s price as posted on CoinMarketCap is hovering around the $5,900 mark, but some exchanges like Bitfinex have pumped it up to over $6,100 on their platforms.

Still, going by the popular sentiment, $6,000 looks very well within reach for Bitcoin. In fact, there are those who believe that the crypto is all set to hit the $6k target before the end of the week. Whether that happens or not, the fact is that the odds look great right now.