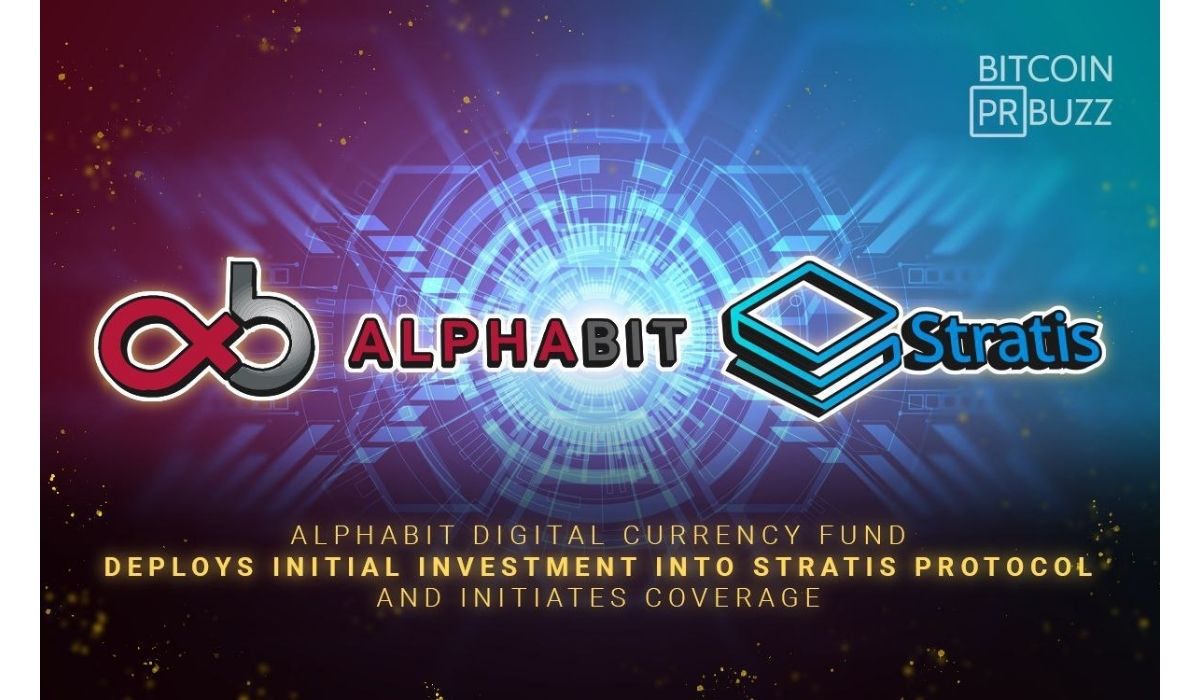 Notably, Alphabit has injected an initial investment into Stratis and has confirmed its commitment to add an extra seven-figure investment in the next two years.

The strategic partnership is dubbed as a symbiotic relationship as either party will benefit from the other’s market share. However, Stratis protocol is expected to reap much as the competition in the blockchain rises exponentially with the increased blockchain adoption.

Through the press release, Alphabit CEO Liam Robertson noted that the partnership fits perfectly in accordance with its investment strategy.

“Stratis Protocol, after analysis, fits neatly into our investment thesis and we believe the potential for growth for Stratis to be exponential. We are delighted to welcome Stratis into our portfolio and look forward to supporting them over the coming months and years.” Robertson noted.

His comments were reiterated by CEO Stratis Chris Trew, who noted that the fund will go a long way in initializing seamless growth, particularly in the Stratis technologies.

“We are thrilled to partner with Alphabit, one of the world’s first regulated digital asset investment funds. Alphabits initial injection, in conjunction with their further investment commitment, will unquestionably assist in accelerating the adoption of Stratis Technologies, while cementing Stratis as the go-to platform for Microsoft .NET Blockchain development.”

The partnership coincides with the increased adoption of blockchain technology and cryptocurrencies by both institutional and retail investors. However, since Stratis is mostly focused on institutional-based businesses, its business model is poised to grow in the future.

Stratis protocol prides itself on having a user-friendly blockchain ecosystem that is developed on the C# language.

The Stratis protocol is powered by its native coin, STRAX. The coin is primarily used to buy and also operating system services including smart contracts, staking, and also paying for sidechains.

The asset is ranked position 165 and was trading around $0.7198 having dropped approximately 1.87% in the past 24-hours according to metrics provided by Coinmarketcap.

Stratis now has a competitive edge over its largest dubbed competitor Lisk, which is written in JavaScript and has sidechains that are more publicly available.