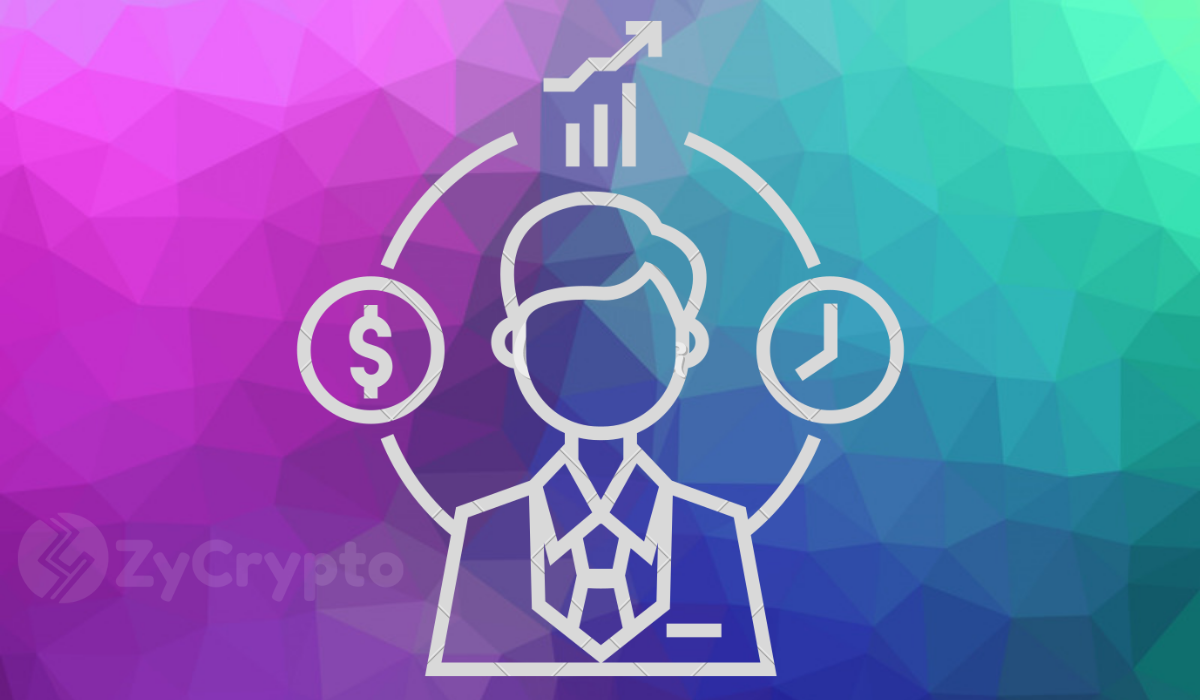 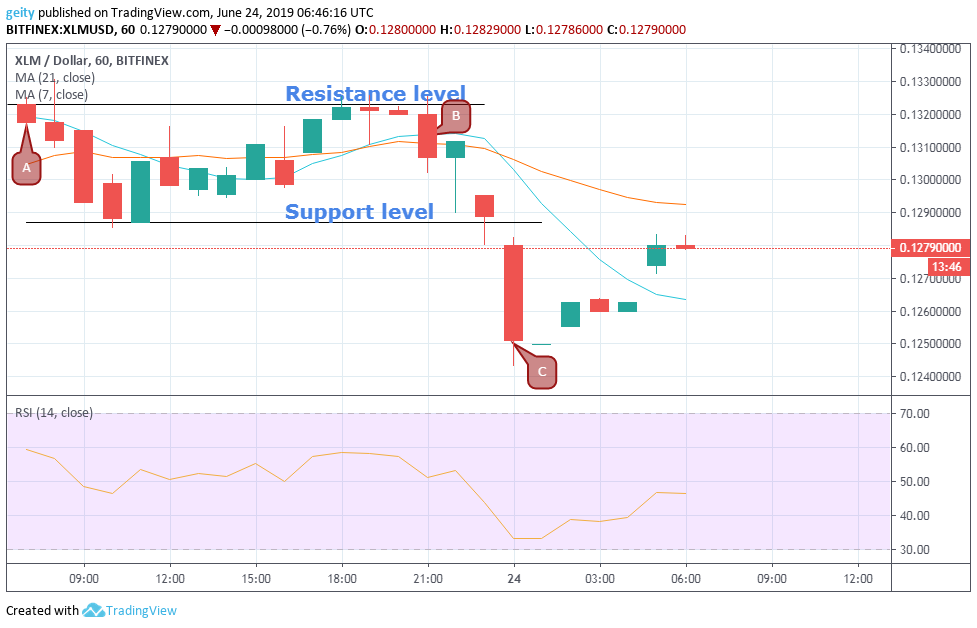 Stellar started trading on a sideways trend indicating lack of market momentum that stood significance levels at the resistance level at $0.13230 and the support level at $0.12870

At around 23rd June, as at 21:00 (B), a bearish accumulation candle emerged and reverse the trend to a downtrend that was followed by a massive drop that dipped the price momentum to a low of $0.12431 (C).

Around 24th June, as at 01:00 a four-price Doji is seen indicating that, the market was dealing with a small number of the transaction at that period of time. The bulls, later on, took control of the momentum, whereby, they pushed the price up to the current price $0.12790.

The RSI is currently trading flat thus indicating that there has been no dominance from either buyers or sellers. This shows that in the next few hours a sideways price momentum is likely to occur. New target should be set at $0.12710. 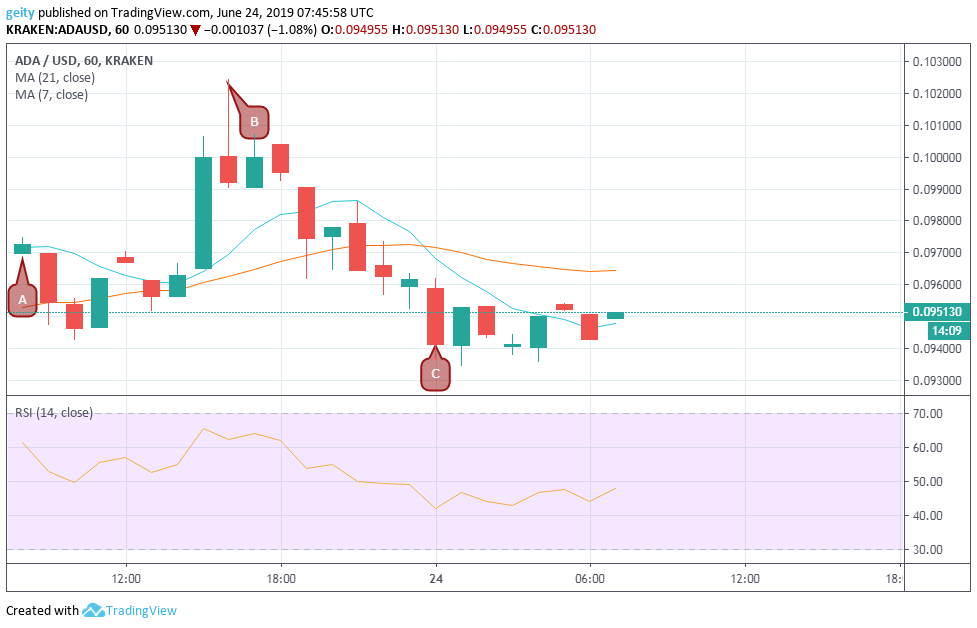 In the last 24hrs ADA has been trading on a sloping market, that has been supported by the intertwining moving averages. ADA hence ignited trading at $0.09725 (A).

At 15:00, on 23 June, a bullish engulfing candle emerged that shifted the price up to a high of $0.10001 (B). This was followed by the rejection of higher prices together with strong selling pressure that drastically dipped the price momentum to a low of $0.09491 (C), before embarking to a steady flow.

The RSI is heading north during the last hour thus indicating a bullish signal in the next few hours. New support target should, therefore, be set at $0.09667. 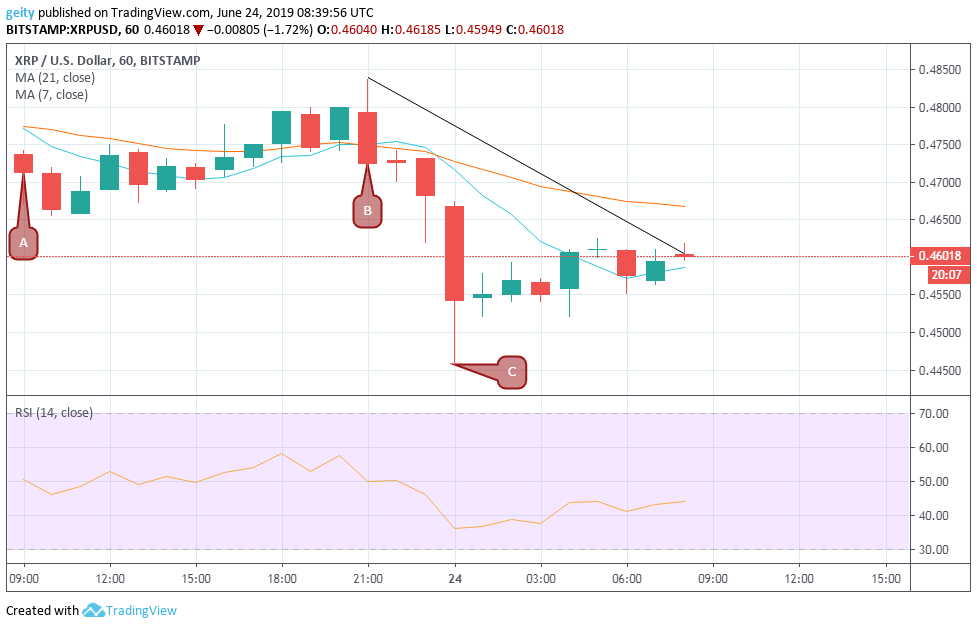 Just like XLM and ADA, XRP has been exhibiting a bearish outlook in the last 24hrs. The downtrend was also reflected by the descending triangle which placed its trading price at $0.47134 (A).

This was followed by a period of consolidation that proved the market was lacking momentum at that time. The consolidation period took place from 23rd 10:00 to 20:00, whereby the price momentum was increasing slowly.

At around 21:00 (B), a bearish divergence pattern was seen, that led to a breakdown that further dipped the price down to a low of $0.45430 (C), before embarking to a steady flow that placed XRP to its current price of $0.46018. ADA coin is therefore down by $2.4%, which shows that investors have lack confidence in the coin.

The RSI indicator is heading north in the last hour indicating that bullish momentum is likely to be seen in the next few hours. New target should be placed at $0.46278 and stop-loss should be set slightly below in case of a sharp breakdown.