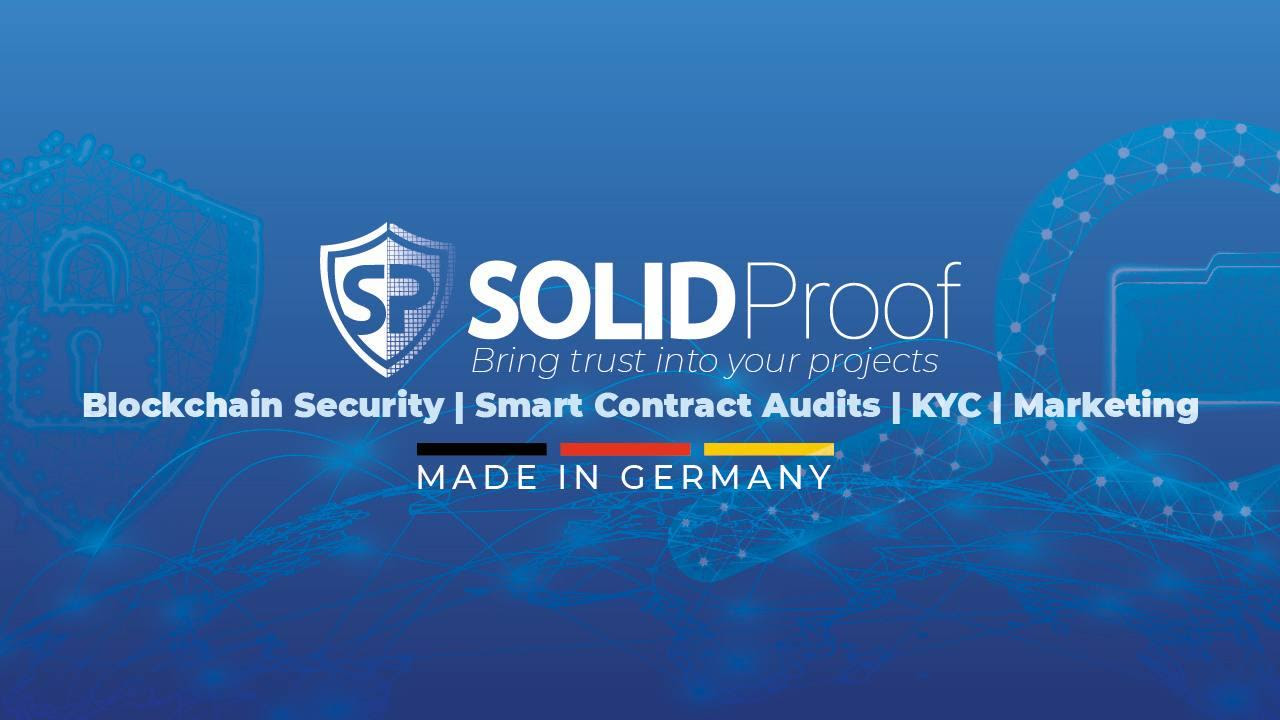 SolidProof, a German-based security company designed to provide the tools needed to find and fix any security and stability loopholes in rising businesses, has unveiled plans to make its newly released Auto Audit Tool available for users.

The security-focused Startup had declared in a recent press release that it is ready to make the product available on a large scale. According to the platform, the proposed development was triggered by its concern to curtail the security and stability threats poised to the DeFi industry despite the recent upsurge in the success of the industry.

Thus, the developing team behind SolidProof has scheduled the release of the proposed innovative tool to happen at the end of April, bringing it to an easy reach for its users.

The company announced this while stating the promising functionalities of the proposed feature saying;

“We expect to see SolidProof’s new tool at the end of the current month, promising to have an essential service for blockchain projects to detect hard-to-find.”

“The system will play a key role in boosting DeFi projects’ safety and building trust with their customers,” they added.

SolidProof’s Auto Audit tool has been initiated following concerns to effectively detect faults, mistakes, and inefficiencies in any DeFi project’s smart contract. The audit tool uses pre-installed parameters to perform the operations. As such, the skilled staff of SolidProof can accurately provide audit reports on time and transparently.

The automated audits allow SolidProof to efficiently examine extremely complicated smart contracts. The feature has attracted the interest of the public as it remediates the issues associated with manual audits.

According to the announcement, the auditors of SolidProof will deliver an audit report to the development team after the automatic review. This way, the severity of current vulnerabilities is evaluated and delivered using three levels: critical, medium, and low. Afterwhich the auditors then provide suggestions for resolving any remaining issues or inefficiencies in the system.

The auditors apparently work with the project’s backers to resolve any flaws that have been discovered. Hence, the audit process is then concluded with the team producing the final audit report and a certificate that proves that the project is safe for widespread usage.

SolidProof further disclosed plans to expand its business in the Asian market. According to the company, the decision is triggered by the team’s desire to introduce several tools to overcome language obstacles and raise the level of verification for Asian professionals and documents providing KYC services.