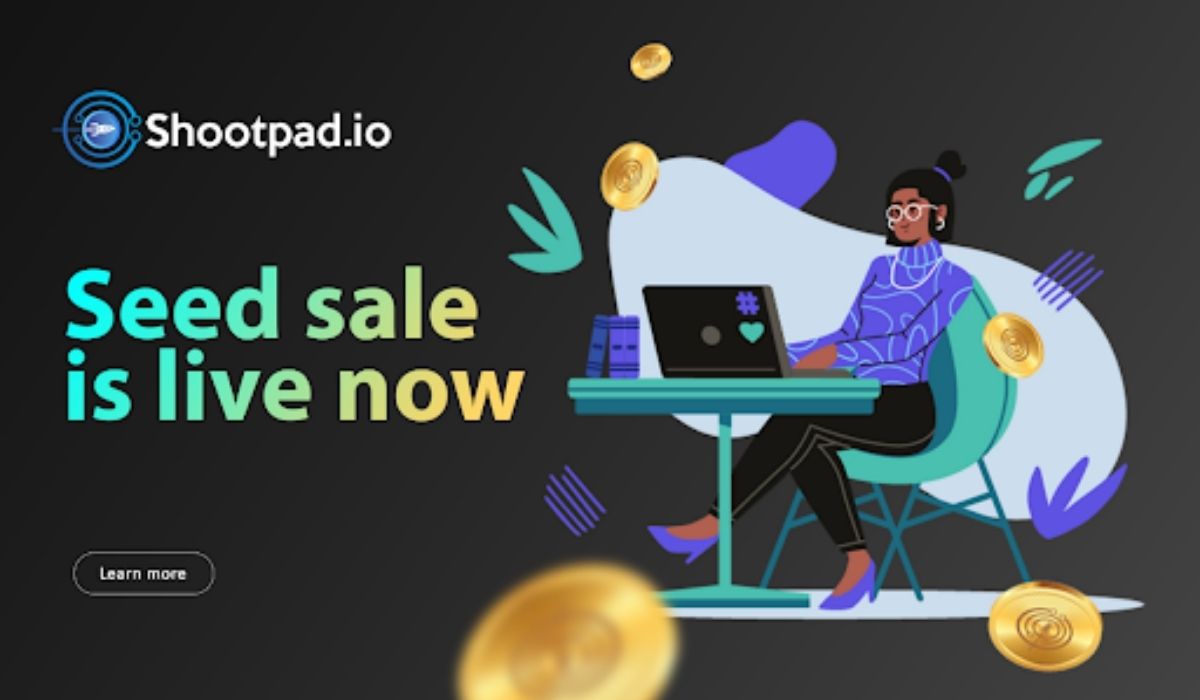 Shootpad, a decentralized multi-chain IDO platform that is built on the Cardano network is thrilled to announce the launch of the seed sale of its native token $Shoot.

$SHOOT has been designed to power every activity within the Shoot ecosystem, as such, it is used to facilitate transactions on the platform. However, the seed sale will provide an opportunity for early investors to acquire $SHOOT at a lesser price before it will be listed on major exchanges at a higher price.

According to the announcement, Shootpad will offer users who hold the Shoot token an opportunity to become decision-makers and vote to endorse future features to be implemented on the platform, stake their token to earn more $SHOOT, or farm ADA to earn passive income.

In other words, holders of Shoot token will be granted the power to approve all Cardano projects submitted on the platform’s launchpad by means of governance events, they will also enjoy passive income as they can be able to stake their tokens to FARM ADA or Earn More $SHOOT or Both.

Moreso, users of the platform will be provided with sufficient liquidity on DEX after the public sale of $Shoot as it will be available for trade against USDT and ADA after being listed on an exchange.

The announcement further unveiled that the seed sale has been scheduled to hold on 14th March 2022, with 76,000,000 $SHOOT tokens being allocated for the event. Furthermore, participants will be able to acquire 570 $SHOOT for 1 ADA. Meanwhile, they can only purchase a minimum of 100 ADA worth of $Shoot and a maximum of 10,000 ADA worth of $Shoot.

The platform further noted the wallets required from early backers who seek to participate in the seed sale saying;

“To participate in the On-Going $SHOOT Seed Sale, users should only use Cardano native wallets like: