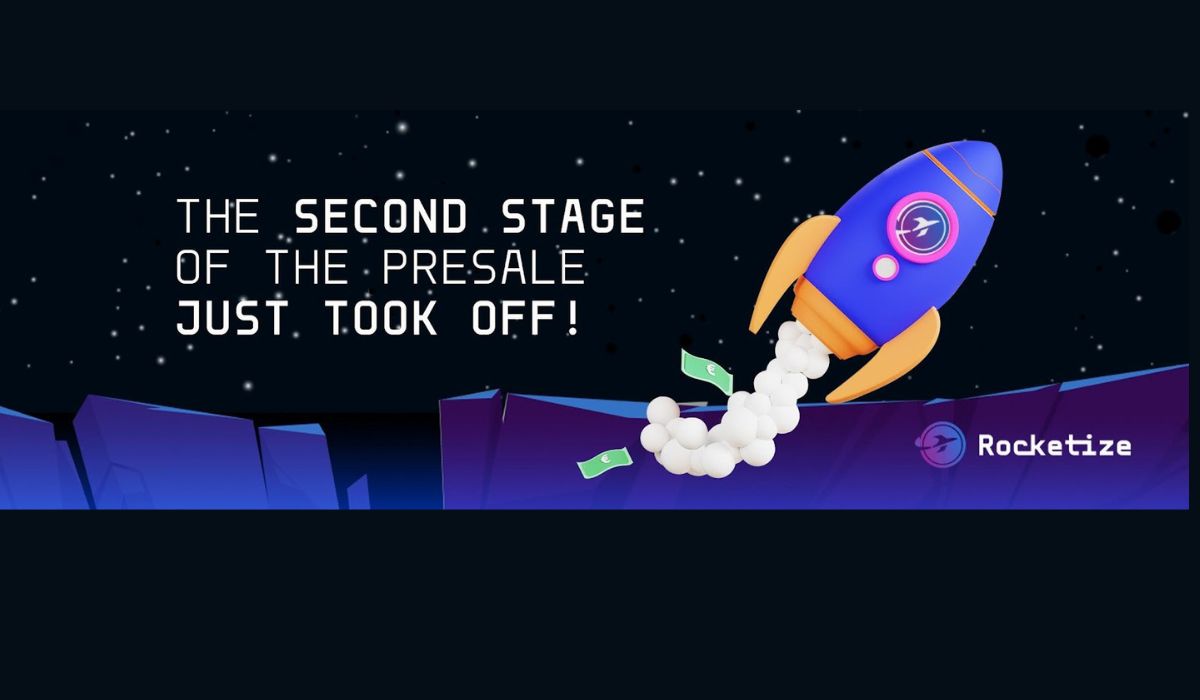 Sometimes patterns are very noticeable in the cryptocurrency market. If you pay attention, there’s always a particular meta helping people make coffers. These times are often patched with the “season” suffix, like meme coin season, altcoin season, etc. Spotting these patterns is a skill you’ll grow over time as you become more participative in the crypto market.

Rocketize Token(JATO) is a new cryptocurrency ploughing that paradigm; the meme coin aims to push beyond boundaries created by the dog token and several other derivatives rather than joining the queue of the meme coins that haven’t been able to make it out of Dogecoin’s shadow.

TRON was developed as a decentralized blockchain network to facilitate the shift to a decentralised internet. Like the Ethereum blockchain, TRON’s native blockchain enables smart contracts, enabling developers to build and use complex protocols. The platform’s lightning-fast transaction times and contentious CEO are currently its two most notable features.

Up to 2,000 transactions can be processed per second using Tron. Performance-wise, TRX is on par with well-known payment processors like PayPal. The fact that TRON has no transaction fees is its best feature. With TRX, you can instantly send a million dollars to any location worldwide without paying any fees.

Tron is one of the earliest examples of web3 we have seen if we follow this trajectory. The goal of the platform was for creators to succeed. The network’s native currency, Tronix, or TRX, is used by users to make payments directly to platform content producers. As the main programming language on Tron, Solidity is used by blockchain developers on the network.

Decentralized applications (dApps), smart contracts, and tokens are some of the fundamental building blocks used by the Tron network, which has been likened to the Ethereum platform. It has received criticism for possibly “going too far” by relying on borrowing rather than creating the framework for its platform.

Tronix and Ethereum are beginning to resemble rival cryptocurrencies in the trading market. Less than a month after its support was launched, the supply of USD Coin, a cryptocurrency linked to the US dollar that trades on Tron, has surpassed $108 million. Even though Tron was only top ten in the cryptocurrency market two years after its launch, it could not compete with Ethereum regarding value and utility.

Despite the market condition, TRX is on a $6 billion market cap and is a huge network for DeFi. Tron was created to directly compete with the media industry, including traditional web giants like Amazon, Netflix, etc. Its slogan is “Decentralize the Web,” its goal is to remove the corporate middleman from the media consumption process.

Rocketize Token (JATO) is a new community-governed meme coin project hoping to create a fun community out of crypto participants and form value around them. The meme coin promises to be a fun way for its holders to make money and aims to take everyone to the moon- a slang for immense profits. The native token JATO is an acronym for Jet Assisted Take-Off, which aligns with the narrative the project is building towards approaching the cryptocurrency market.

The Rocketize Token community is held together by internet jokes, memes, and exciting narratives. You could see this growing into the next Dogecoin level meme coin without being a derivative of any dog token. The utilities will grow across DeFi, enabling users to earn only by being holders, while the meme front of the project promises some decent community growth.