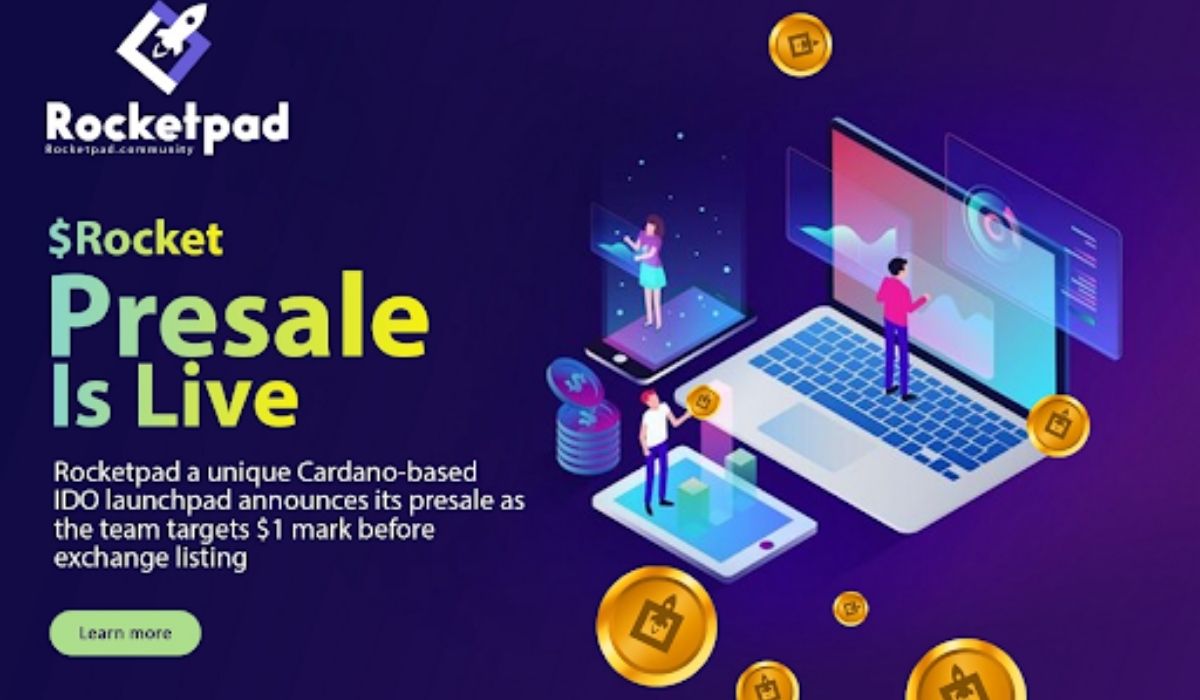 Cardano-based IDO launchpad, Rocketpad is set to list its token, Rocket on exchanges. This is coming following the release of the IDO launchpad MVP. The token presale titled “A History about to repeat itself” has also kicked off and is ongoing.

An IDO platform built on Cardano blockchain, Rocketpad enables startups and new businesses to raise capital to scale their operations in a decentralized and transparent manner. The platform is releasing its MVP, a major step towards achieving this aim. Following this, the token, Rocket is to be listed on major exchanges in the coming weeks.

Rocket is the utility token for Rocketpad and is used for many purposes, mainly to power the platform and as a subscription token to navigate the Rocketpad IDO Launchpad. Holders of the token will be whitelisted based on how many of it they hold. The more tokens they have, the higher their chances of getting whitelisted.

Finally, Rocket holders can use it for governance. This is a major use case in the DeFi ecosystem. The token confers voting and management rights on holders, enabling them to vote on proposals relating to an IDO using $Rocket tokens. This ensures that their perspectives are heard, giving them a stake in the management of the project. Holders can also vote on the rules that govern how the blockchain handles transaction and block verification.

There is also a manual token burn that will be implemented. This removes Rocket tokens from existence permanently, thus increasing the value of the tokens over time. To participate in the presale, investors can send ADA to the Pre-sale address using any Cardano Supported wallets such as Yoroi Wallet, Daedalus Walles, Adalite Wallet, and Nami Wallet.