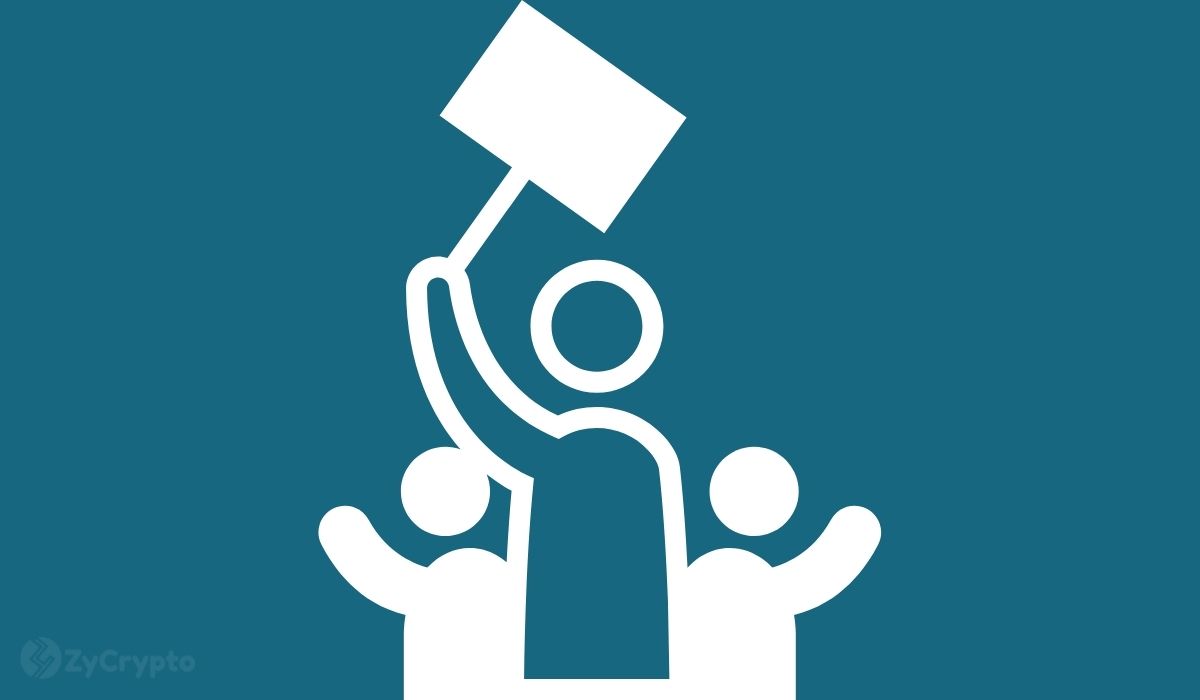 After garnering the approval of a supermajority in parliament, El Salvador enacted its Bitcoin Law, essentially becoming the world’s first country to adopt bitcoin as legal tender.

The Bitcoin Law was passed just hours after President Nayib Bukele first revealed his intentions to introduce it. The brief time period between Bukele’s surprise announcement and the passage of the legislation largely precluded challengers from blocking it.

However, a group of Salvadorans has now come out to protest against the Bitcoin Law. The group, composed of student associations, leftist unions, among others, and organized by the Block of Resistance and Popular Rebellion flooded the streets with banners and slogans to demand that the law be nullified.

The Problem With The Bitcoin Law, According To Protesters

In a letter by the group, the protesters asserted that Bukele passed the legislation without consulting extensively with the citizens. It also made a reference to bitcoin’s volatility. With that being the case, it compared investing in the flagship cryptocurrency to playing the lottery, with one protestor explaining:

Notably, the group’s major cause for concern regarding the Bitcoin play is the belief that there will be inequality in the usage of the crypto asset by the government and the average citizen. The letter posits that bitcoin will only serve deep-pocketed businessmen with links to the government and help them launder dirty money.

Moreover, they believe bitcoin will “facilitate public corruption and the operations of drug, arms and human traffickers, extortionists and tax evaders.  It would also cause monetary chaos. It would hit people’s salaries, pensions, and savings, ruin many MSMEs, affect low-income families, and hit the middle class.”

The protestors’ concerns are not completely unfounded. A number of policymakers and well-known economists have previously dismissed bitcoin as a tool for money launderers and tax evaders  — an element that has impeded mainstream acceptance.

Though the Bitcoin Law has already been passed, it allows 90 days before becoming applicable, indicating that Salvadorans will be obliged to accept bitcoin as legal tender come September 7.

Granted, the World Bank rejected El Salvador’s request for help adopting bitcoin on account of the cryptocurrency’s environmental and transparency concerns. The demonstrators fear the government will use up millions of dollars of the taxes paid by the residents to implement the law.