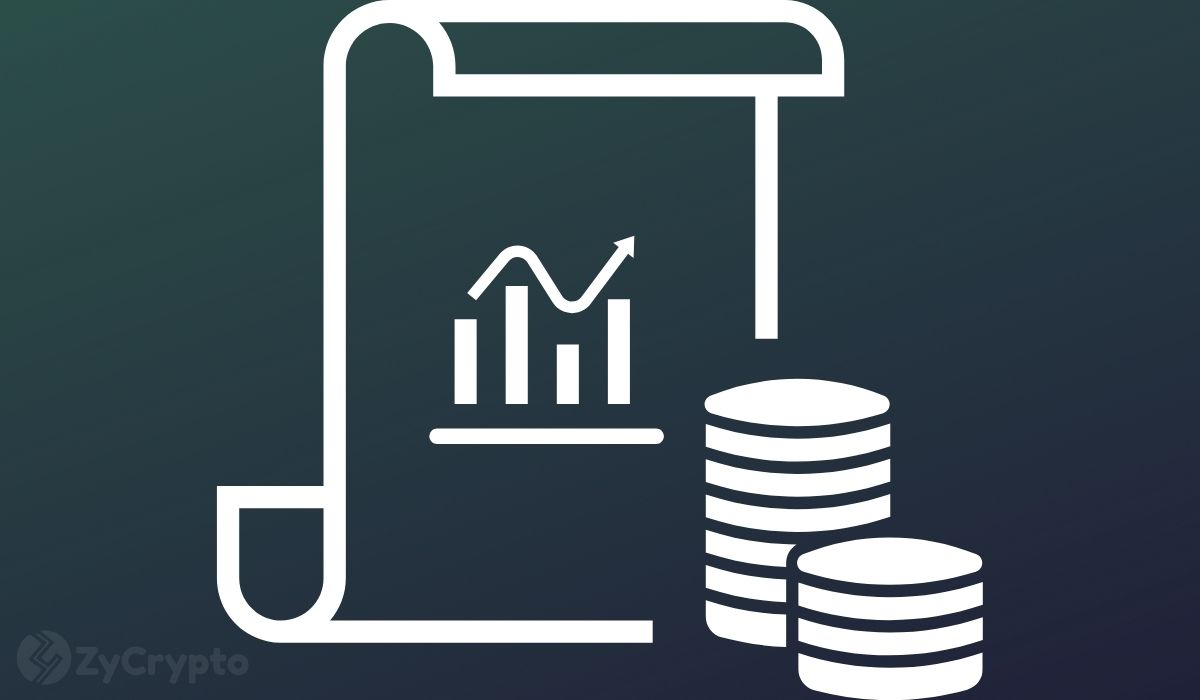 The massive transaction came in three batches with the first transfer involving 9,867 BTC, then 9,901 BTC, and eventually 9,843 BTC.

Although it was not instantly clear who was behind the transfers, some believe that it could be an internal transfer by Coinbase to one or several of its cold wallet storage wallets.

This is one of the largest single transfers of Bitcoins from any exchange this year yet. The last couple of weeks has also seen an upsurge in the number of coins being transferred from exchanges into wallets. This week alone, the total number of Ethereum moved off of exchanges has surpassed 100,000 with a single entity transferring 40,028 ETH from Curve-fi to an unknown wallet. XRP, BNB, and USDT tag closely behind as assets with some of the largest transfers.

Traditionally, coins moving off of crypto exchanges into wallets has been considered bullish as it reduces the chances of entities selling their coins, which could be fatal to the wider market.

On the other hand, coins moving from wallets into exchanges is not entirely an issue to be worried about as it could mean some investors are planning to diversify their portfolio by buying up other coins.

Today’s transfers come even as BTC’s price continues to look for a footing along with $40,000. In the past few days, traders have been thrown into a speculation frenzy with prices surging by over 11% on Wednesday before president Biden’s progressive executive order on crypto. Those gains have since been annihilated as geopolitical and soaring inflation numbers on Thursday seem to have taken over again.

Currently, technical traders are fixated on the price squeeze that is slowly carving out on Bitcoin’s daily chart. According to Matthew Hyland, a Technical and On-Chain Data analyst, bulls need to subdue the $46,000 level to set up for another bullish run. The pundit shares a symmetrical triangle showing that the RSI is also ready for a breakout. He is however worried that Bitcoin will not rise until the stock market finds a bottom. 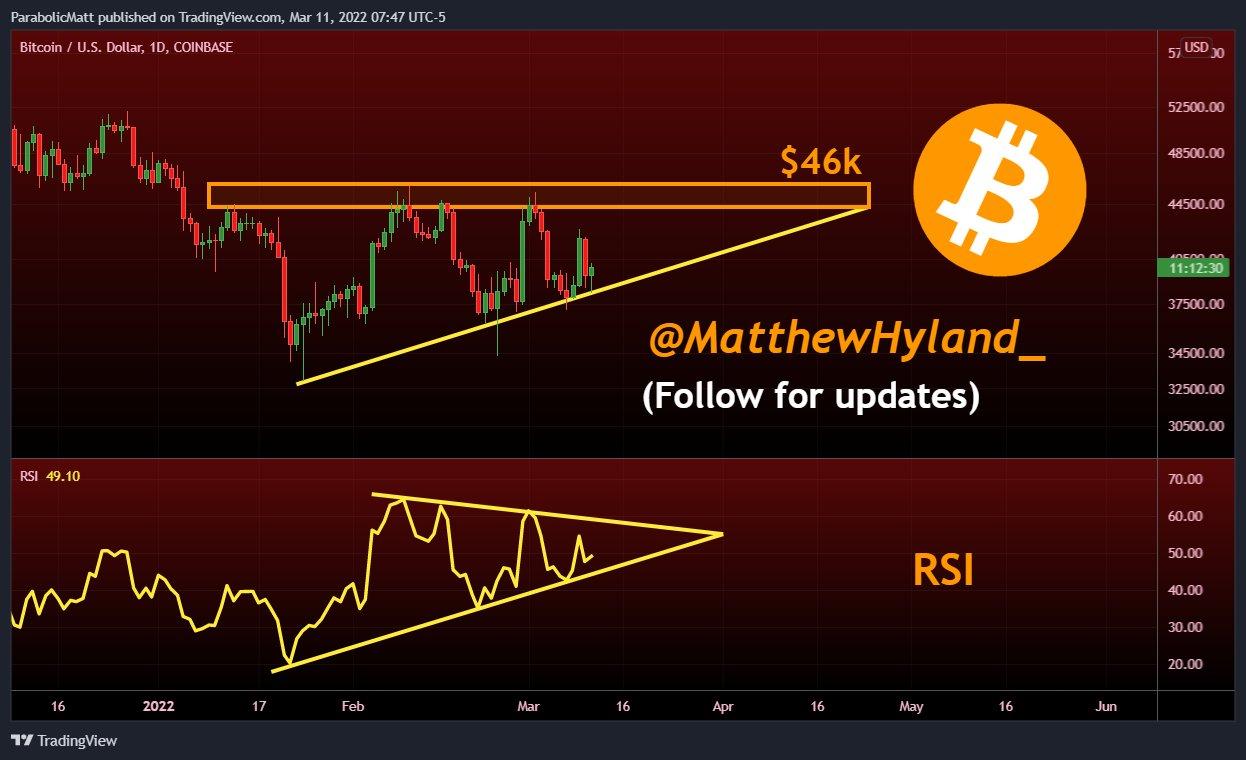 Veteran trader Peter Brandt also pinpoints the symmetrical triangle for both Bitcoin and Ethereum, noting that although the pattern is the least reliable, “when they work (as shown here in $BTC) they work very well.”

At press time, Bitcoin is trading at $39,075 while Ethereum strives to stabilize at $2,600 after being on a tear this week.