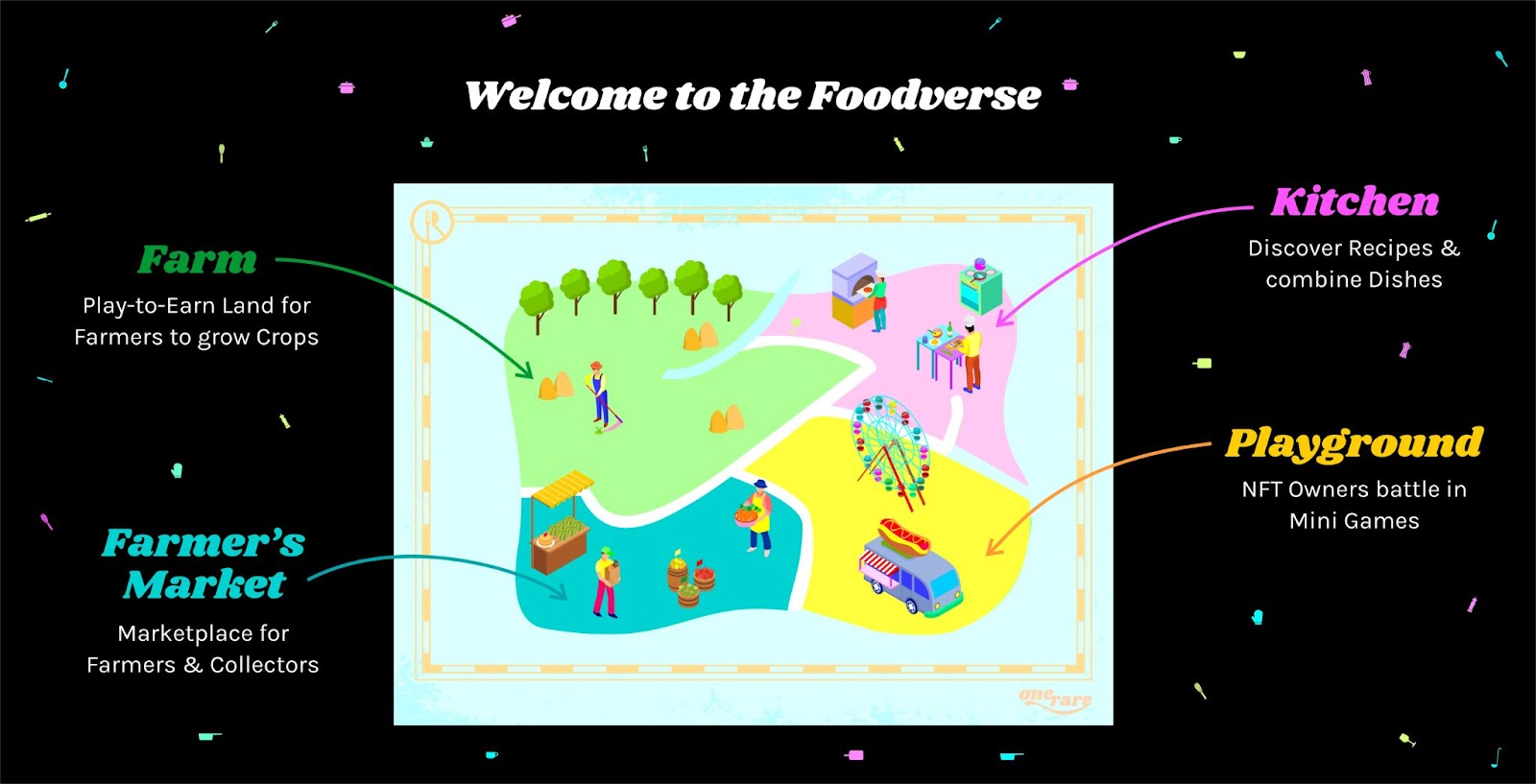 The world’s first ultimate food metaverse, OneRare, announced that it has raised $2M in seed and private funding from major venture capital firms. OneRare is designed to create an immersive gaming experience for foodies while onboarding the global F&B industry onto the blockchain for the first time.

According to the official press release from the firm, the new funds will be used to develop OneRare’s foodverse as a leading player in the cryptosphere. The fresh infusion of cash, as per the announcement, will be crucial in improving the product features and collaborating with celebrity chefs & restaurants to propel greater growth.

On the successful fundraise, Supreet Raju, CEO of OneRare, noted that the Foodverse was meant to appeal to a broader audience, appreciating global food & culture, diversity, and fostering an enthusiastic community of foodies and gamers.

“With the support of our current investors and advisors, we are striving towards bringing food to the blockchain industry. This is just the beginning as we aim to bring the traditional food industry to the Play2Earn sector in the most gamified and exciting way possible,” she adds.

Metaverse is coming, and it is a big deal

The Metaverse is a term used to describe other digital universes where people work, play, and socialize. You may call it the Metaverse, the Mirror society, the AR Cloud, the Magicverse, or the Spatial Internet; but one thing is certain: it’s on its way and it’s massive.

Blockchain metaverses are on the verge of becoming the world’s most ambitious version of the internet. Various industries are looking at possibilities and new ways to expand in this thriving market, and OneRare is developing its own distinct design as a different approach to the virtual world.

OneRare is developing a Food-inspired metaverse for the global food and beverage industry, developing the first tokenization layer that celebrates food in Web3 by creating an immersive and gamified experience for users worldwide.

Blockchain is now being employed in the digital realm to tackle real-world issues. The food sector has not been immune to this invasion, and blockchain technology is at the center of many initiatives to improve how food is purchased, sold, traded, or consumed. Building a metaverse for Food is the beginning of this future.