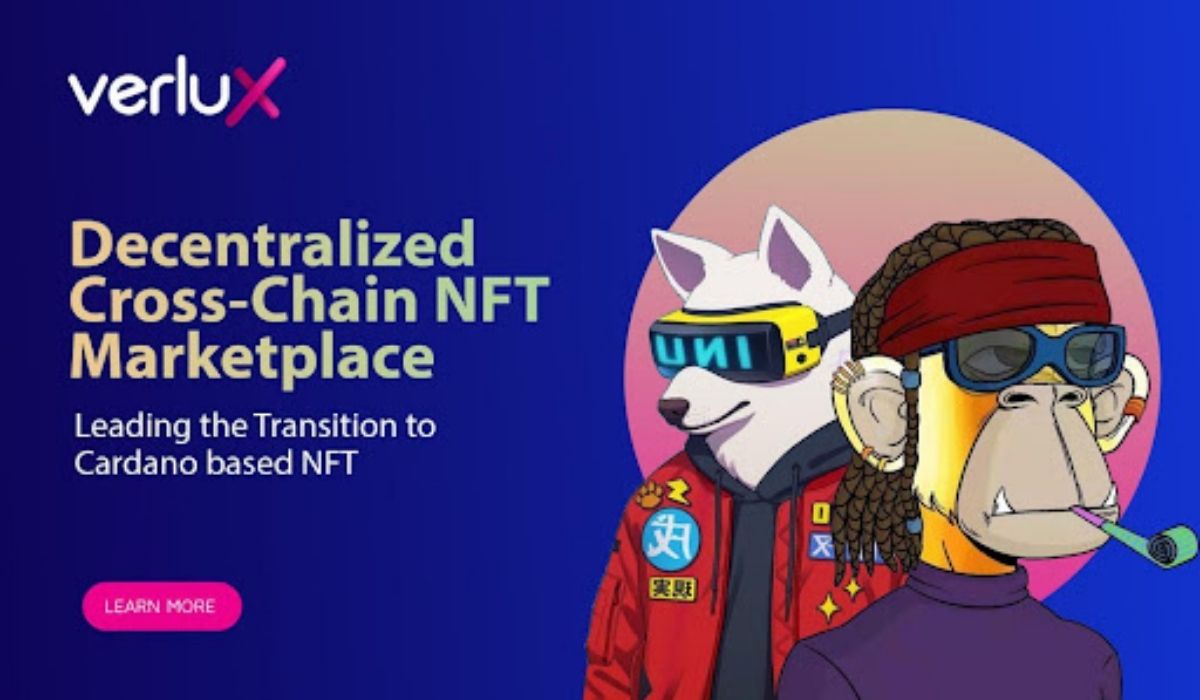 As per the announcement, Verlux’s new platform will allow users to earn rewards in VLX, and exclusive rare NFTs for staking their assets. Verlux is a community-driven decentralized startup that will enable users to seamlessly mint, sell, buy and swap their NFTs. The platform utilizes low gas fees and the security of the Cardano blockchain.

Verlux is on a mission of changing the norm of the conventional NFT Protocols by creating a revolutionary technology where anyone can create and trade NFTs.

“We aim to be the global marketplace where users can trade NFTs on various blockchains fully decentralized and with the strongest security.”

Verlux is currently building a decentralized multi-chain NFT marketplace powered by its utility token VLX. Verlux was launched last year and has been keen on following its roadmap since its launch. The platform launched its NFT marketplace before the end of Q1 2022. The NFT marketplace seeks to bridge the gap between NFT ecosystems.

Another novel feature on the platform is the ability to cross-transfer NFTs across different blockchains on a single platform efficiently and seamlessly. Through the platform, Verlux users will be able to unlock the full potential of the NFT market, where interoperability of NFT will become fully functional through its marketplace. The marketplace will allow the digitalization and trading of content such as music, idea, art, and more. Note: a Demo video of the proposed NFT marketplace is now available on Verlux’s YouTube channel.

Verlux is currently holding a public sale for VLX, giving the community the last chance to have the tokens before they are listed on exchanges. There is a total supply of 1 billion $VLX tokens. The VLX token serves numerous utilities, including allowing users to purchase special and unique NFTs from verified Curators. in addition to staking, the token can also be used for governance, power transactions featured listing, creator profile verification, and much more.