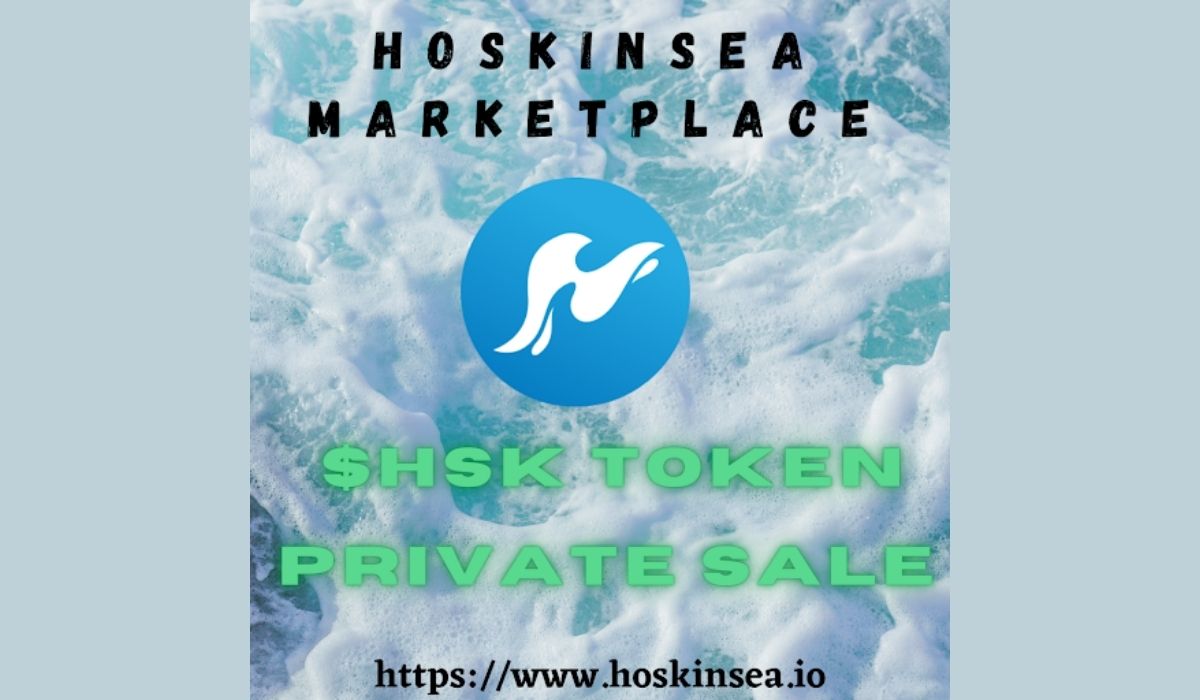 Hoskinsea, the largest decentralized NFT marketplace built on the Cardano network, has announced the commencement of its token’s private sale, offering early investors the privilege to easily acquire the token.

Being the first open NFT marketplace that features exclusively on the Cardano network, it appears the platform has triggered anticipation from many enthusiasts who are willing to become early holders of the token.

Some of Hoskinsea’s features include integrated minting, NFTs with embedded licenses, CEX & DEX Pay integration, Rarity index, low-transaction cost, a 3D viewer of NFTs, and lots more. However, Hoskinsea is thrilled to announce that interested enthusiasts can now become early investors of the project via the launch of its token private sale.

“We just announced our token private sale to early participants who wish to purchase HSK token and become early token holders of Hoskinsea marketplace project. Those who participated in the ongoing HSK private sale will be among the lucky holders of our native token.”

Moreso, participants who successfully become holders of the HSK token will enjoy lots of benefits proposed by the platform including the ability to purchase NFTs, collectibles, and digital assets from the Hoskinsea marketplace at a discounted price.

Other benefits include token staking/yield farming on Hoskinsea’s staking platform, transaction fees redistribution, NFT Farming, and the ability to vote on necessary decision-making processes that will affect the ecosystem.

The Hoskinsea’s team expresses hopes that in the near future, the next great artistic talent will not be discovered by a gallerist or gatekeeper, but by the community of $HSK curators.