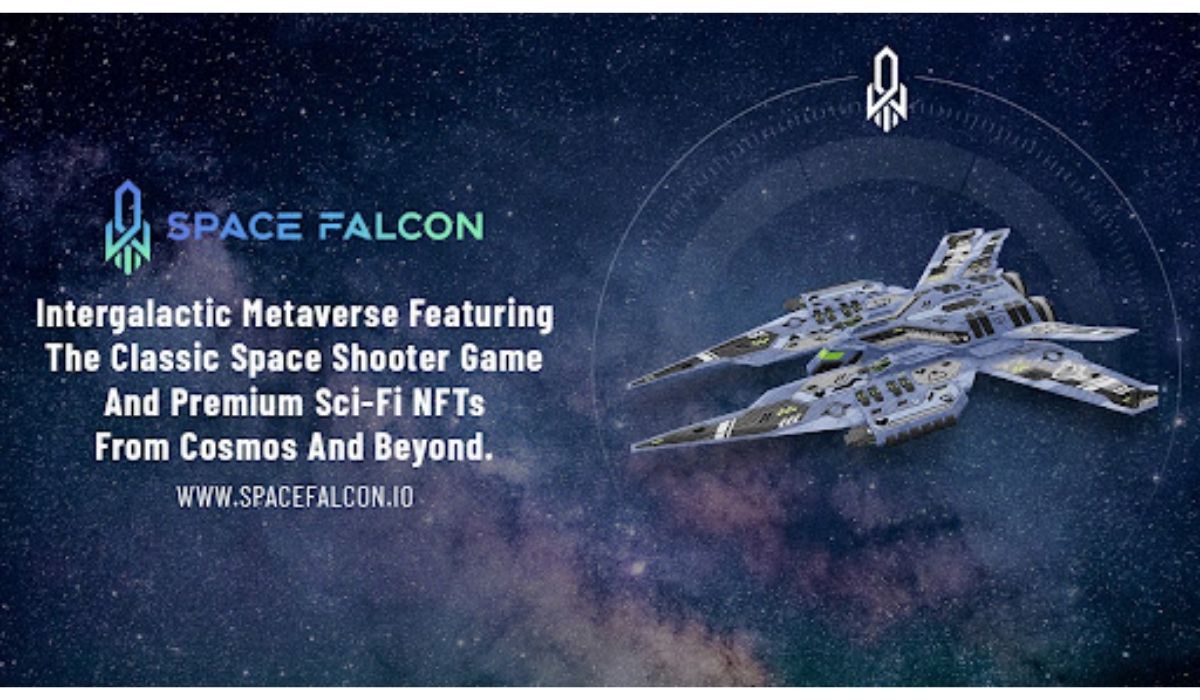 Peech will support Space Falcon’s marketing efforts and nurture the ecosystem from the start. Peech Capital helps digital asset firms achieve their goals by assisting them at every stage of the process, from marketing through development. Space Falcon is ecstatic about this relationship, as they continue to be highly motivated in their goal of using blockchain technology to disrupt the traditional gaming business.

Built on the Solana Ecosystem for rapid, low-cost transactions, delivering a lightning-fast space exploration experience for players. ZBS Financing, a venture capital business dedicated to partnering to create a decentralized future, has also formed a strategic partnership with Space Falcon. ZBS Capital’s story starts in 2017 with an ICO boom and continues to this day.

The term “GameFi” refers to the combination of decentralized finance and blockchain-based gaming. Despite the fact that blockchain games have been for quite some time, GameFi is a relatively new area that has yet to achieve its pinnacle.

GameFi brings together all of the many players in the Web 3.0 ecosystem, including gamers, investors, and traders, by offering a central area where they may all interact. NFTs have been incorporated into blockchain games, resulting in a fully functional economy in which players can buy and sell game assets.

NFTs could be a player’s in-game avatar, clothes, or other game accessories, for instance. Most games have a digital marketplace where players may purchase and sell one-of-a-kind items in order to make money. This model is known as the play-to-earn (P2E) system.

The Space Falcon metaverse is made up of two games that span a hundred years and two different perspectives:

The main strategy of the game involves “Falconians” journeying across the galaxy and building an empire by completing in-game levels and collecting NFTs. Users will play a series of 10 unique tasks split over two completely separate time periods in the web-based P2E minigame, spending NFT assets such as liquid money to travel between the two generations. The Falcon Leaderboard, a simple way for new players to improve their game and win more money, will allow users to collect their scores based on general activity and award them monthly.

While accumulating star NFTs, blockchain players can travel through two universes in their quest to fulfil objectives and build an empire that spans the cosmos. For very particular reasons, the project picked Solana over Ethereum or Binance Smart Chain. Solana blockchain transactions are fast, censorship-resistant, low-cost, and open infrastructure. It is, without a question, the most promising network in the DeFi industry. It’s no surprise, then, that the Space Falcon game was built on the Solana ecosystem, which boasts over 250 services and 500 dApps.

Virtual reality games, currencies, tokens, art, and almost anything else may be created with blockchain technology. These works can be improved and sold in the future to earn money. You can make money in the metaverse by digitally selling avatars, lands, food, and services. The majority of gamers are already benefiting from this by participating in blockchain-based ‘play to earn’ games. Consider games like Roblox, where players can already design their own virtual worlds, while most of our conventional games, such as ludo, table tennis, and pool, are now available on mobile phones.
The Space Falcon introduces true decentralization to the gaming industry.

For Space Falcon, decentralized gaming is a major thing. The gaming universe is made up of planets, rocket ships, artillery, and a plethora of other things. These can all be Non-Fungible Tokens (NFT). On Space Falcon’s own marketplace, players and even creators can sell their NFTs for a good price. Apart from the fact that users can own almost anything in the game’s SciFi universe, another amazing aspect is that the number of ways to acquire NFTs is virtually unlimited.

Despite the fact that it is a free-to-play game, the Space Falcon team went to considerable pains to ensure that gamers have a rich gaming experience. The graphics are breathtaking, and the gameplay will take your breath away. Space Falcon’s utility token is FCON. In the game, SciFi tokens can be borrowed or staked for prizes. They can also be traded both within and without the game’s environment.

Profiting from the Space Falcon can be done in a variety of ways. To begin, users can gain points by playing the game (Falcon Missions) and get rewards based on their performance on the leaderboard. NFTs, on the other hand, are a fascinating way to make money because they are a collection of Spaceships, Weapons, Planets, Moons, and other items that are part of Space Falcon and gain worth over time.

Space Falcon is a promising startup that is still in its early stages, but it is on course to disrupt GameFi and become one of the most prominent players in the blockchain gaming space in the not-too-distant future. Space Falcon takes virtual assets to the next level with the addition of planets, spaceships, and galaxies. In terms of in-game items, NFTs imply that players own and control anything they buy, earn, or make. This enables unlimited scaling in addition to confirming the item’s rarity. Galaxies, planets, spaceships, and other extraterrestrial products will be available for purchase and will be required later in the game. Intergalactic assets will be tradeable in the in-game marketplace to boost their utility.