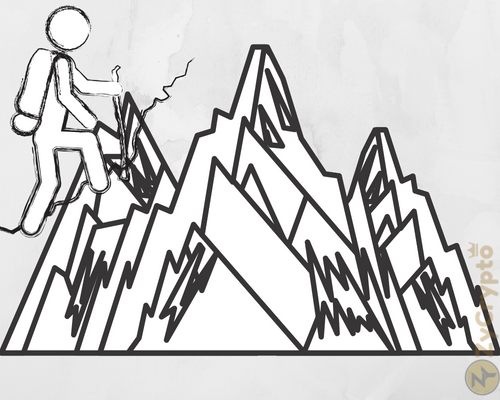 Taking a currency “to the moon” was the underlying meme the social media company set out to demonstrate when designing this Mount Everest promotion. AskFM’s intention was to raise awareness for their new Initial Coin Offering of their new cryptocurrency, $ASKT.

Their plan was to store $50,000 worth of $ASKT in a Ledger Nano S and bury it at the summit of the mountain, the highest point on earth.

On the morning of May 14th, the four man team made it to the summit, despite one member, Taris Pozdnii suffering multiple instances of frostbite, both on his hands and feet.
In a statement released by AskFM they explained the reasons for this expedition:

Later, it explained the “to the moon” cryptocurrency meme:

While others try sophisticated marketing techniques, these guys went out there and put themselves right on top of the highest mountain on the planet. An elegant way to boast ideological superiority to every other crypto. A way quite strangely unexplored before. Even memes-wise, think about the closest starting point to reach the moon. It seems so obvious, yet no one has done it.

What the statement failed to mention was the tragic story of Lam Babu Sherpa, a sherpa who was left behind on the descent down the mountain and is now presumed dead. This was far from his first time. In fact, Lam Babu is considered a veteran, having already made three previous summits.

In a statement made to CNET, AskFM is quoted: “[s]ince these events transpired, it has since been confirmed by Nepalese authorities and Seven Summit Treks that Sherpa Lam Babu is missing and presumed dead after search and rescue efforts yielded no results.”