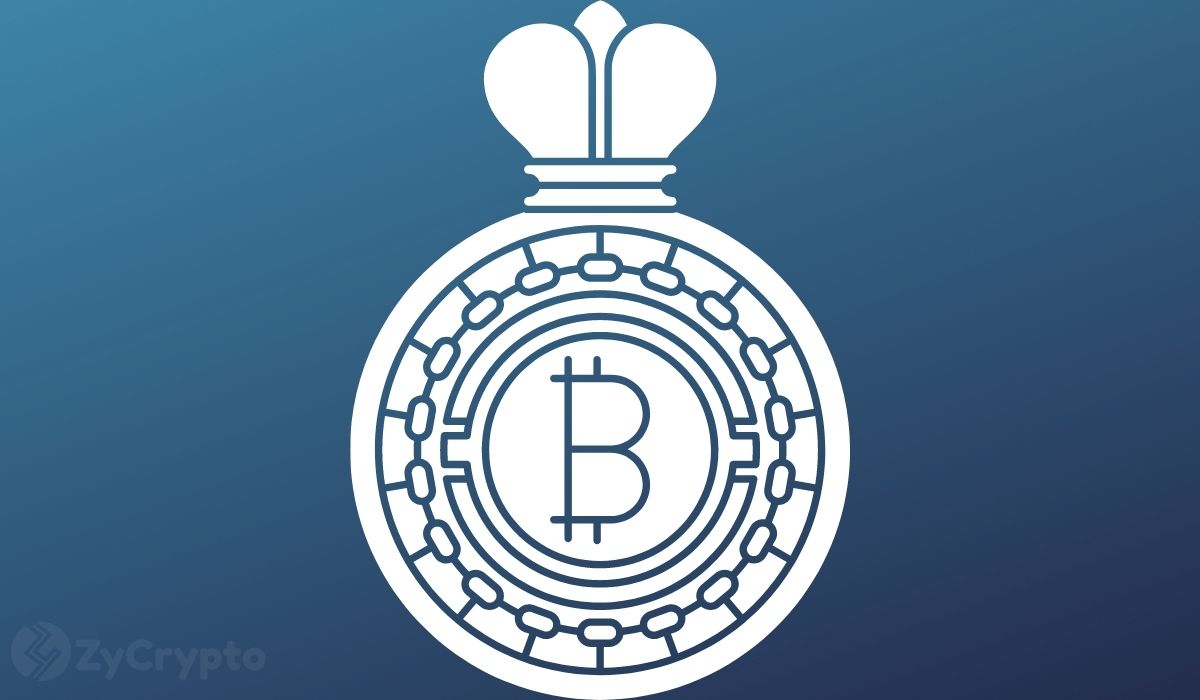 In 2009, the mysterious Satoshi Nakamoto created the Bitcoin network after mining the Genesis Block. Since then, blockchain technology has taken off with several projects being launched to improve on the foundation laid by Bitcoin. Despite their best attempts, Bitcoin has still retained its position at the top of the ranking controlling 43% of the markets with a market cap of almost $1 trillion.

Several Eyes On The Crown

Over the years, the list of top 5 largest cryptocurrencies has experienced a constant change with projects making the cut and also falling down the rankings. Yet, Bitcoin has maintained its position at the top since it debuted on the scene. According to some analysts, Bitcoin could become an “altcoin” in the future and fall down the rankings to even third or fourth place.

Proponents of this belief cite Bitcoin’s glaring lack of advanced smart contract functionalities as a reason for the slip. Decentralized finance and applications rely on smart contracts for their smooth operations and their meteoric rise in popularity in recent years have seen Bitcoin miss out on them. Ethereum is being touted as the project with the most potential to flip Bitcoin because of its advanced smart contract functionalities. Ethereum currently has over 3,000 Dapps built on the network and plays host to the bulk DeFi and NFT rave.

Bitcoin block time of 10 minutes is considered slow when placed in comparison with newer blockchains. With speed being a major decider, blockchains built with speed in mind may threaten Bitcoin. Furthermore, sheer computing power associated with Proof-of-Work consensus and environmental concerns from bitcoin mining casts a shadow of doubt on the continued dominance of the asset.

Can Bitcoin Hold On?

Although far from perfect, Bitcoin still has certain factors going for it. Firstly, the network has the first-mover advantage and is the most popular cryptocurrency in the world. Nations like El Salvador have begun taking steps to recognize its legality as a currency and other countries might be incentivized to follow.

Bitcoin has been satisfactory in its role as a hedge against inflation and the development of the Lightning Network is providing an answer to the question of speed and scalability. In a twist of fate, the network still has the Taproot Upgrade on the card which is a major technological update that will improve privacy for the network.

However, unless Bitcoin incorporates smart contracts, DeFi, Dapps, and NFTs, it will be a herculean task for it to maintain its lead over other cryptocurrencies. Ethereum is closing the gap with Cardano in hot pursuit and some quarters are tinkering with the theory that a stablecoin will eventually take the lead.

The crypto markets often follow the ebb and flows of the dominant asset class. When Bitcoin rises, altcoins ride the wave which makes the top spot an enviable one. For investors, backing the right altcoin could be akin to striking gold. To displace Bitcoin, the project must have diverse practical functionality and have the same global appeal as Bitcoin.