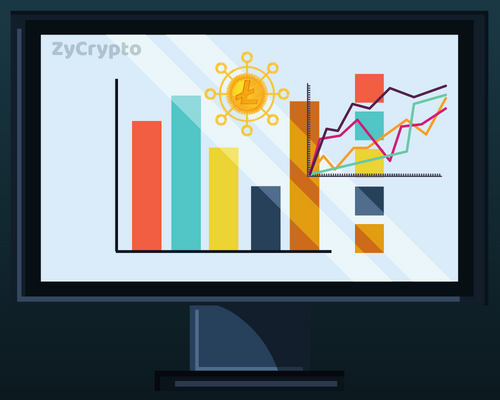 Litecoin has continued its downward trend falling a further 17.74% over the past 7 days. The cryptocurrency currently is trading hands at a price of $80.65 as it battles to stay above $80 at the time of writing.
Litecoin was created in October 2011 by ex-google employee Charlie Lee. Lee set out to create a cryptocurrency that was “lighter” than Bitcoin and thus created Litecoin. If Bitcoin would be compared to gold then Litecoin was intended to be silver.
Litecoin can boast faster transaction speeds and lower speeds. It already has tech far superior to Bitcoin with the SegWit activated and Atomic Swaps already in the pipeline.
The cryptocurrency has suffered a terrible month falling 28.72% in the past 30 trading days. The crypto giant is currently in the top 10 ranked cryptocurrencies in terms of market cap, sitting at 6th rank with a total market cap of $4.61. This is down by a total of $1 billion from the high market cap of $5.63 billion seen last week on June 21st.
Let us analyse price action over the course of the year and see how the market has been trading. 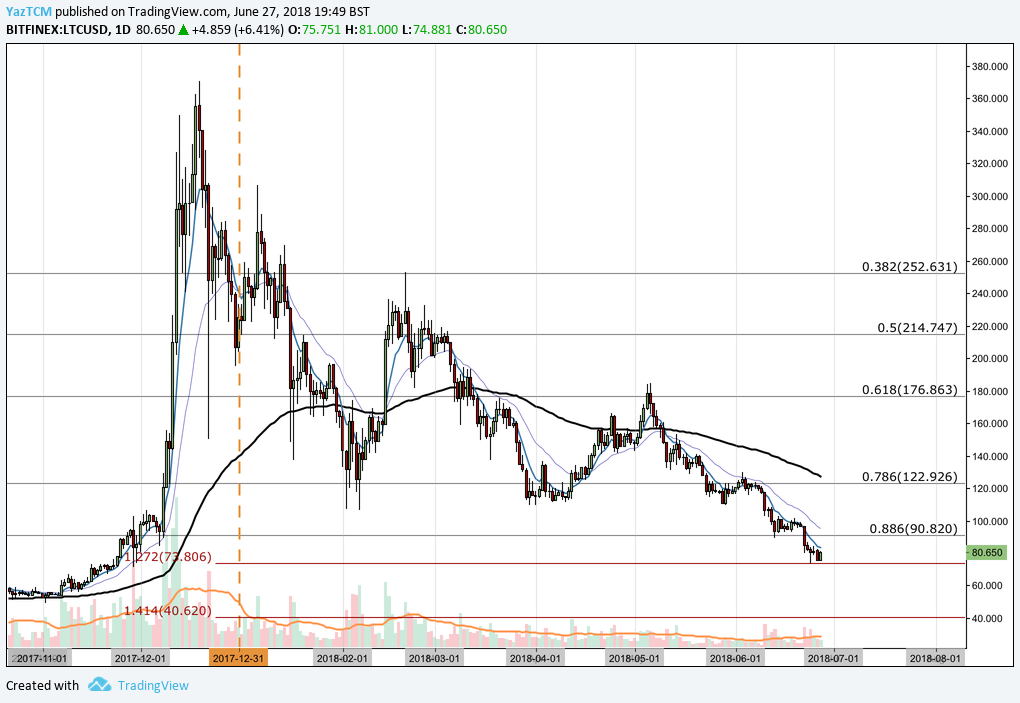 https://www.tradingview.com/x/rAV8sK2U/
Analysing the chart above, we can see that Litecoin had experienced an incredible bullish run during the months of November 2017 and December 2017 as price action rose from a low of $49 in November to a high of $370 in December. This was an extraordinary price increase of 730% from low to high.
After the placement of this high, we can see price action went on to depreciate throughout the year, largely staying above $120 near the .786 Fibonacci Retracement priced at $122.92. This is a Fibonacci Retracement taken from the bullish run seen during November 2017 and December 2017.
Price action went on to break below this price level during the current month of June. The bearish pressure, witnessed throughout the entire industry, pushed the market further below $100 until it briefly found support at the .886 Fibonacci Retracement at a price fo $90.82.
However, the bears were still positioned strongly within the market and continued to push prices even lower to where they currently trade at fresh 6 month lows. We can see that price action has currently found support at a 1.272 Fibonacci Extension level marked at a price of $73.80. This is a Fibonacci Extension taken from the all time high seen in December 2017 to the low witnessed on January 17th at $137.
If the market can manage to stay above this level and the bears begin to subside with their bearish pressure, then this would allow the bulls to push the market back above the .886 Fibonacci Retracement and eventually above near term psychological resistance at $100. A break above $100 would leave the market free to retest June’s monthly highs around $129. Resistance following this level is located at the .618 Fibonacci Retracement at a price of $176, this is also May’s monthly high.
Let us analyse price action over the more recent period a little closer.
LTC/USD – SHORT TERM – DAILY CHART 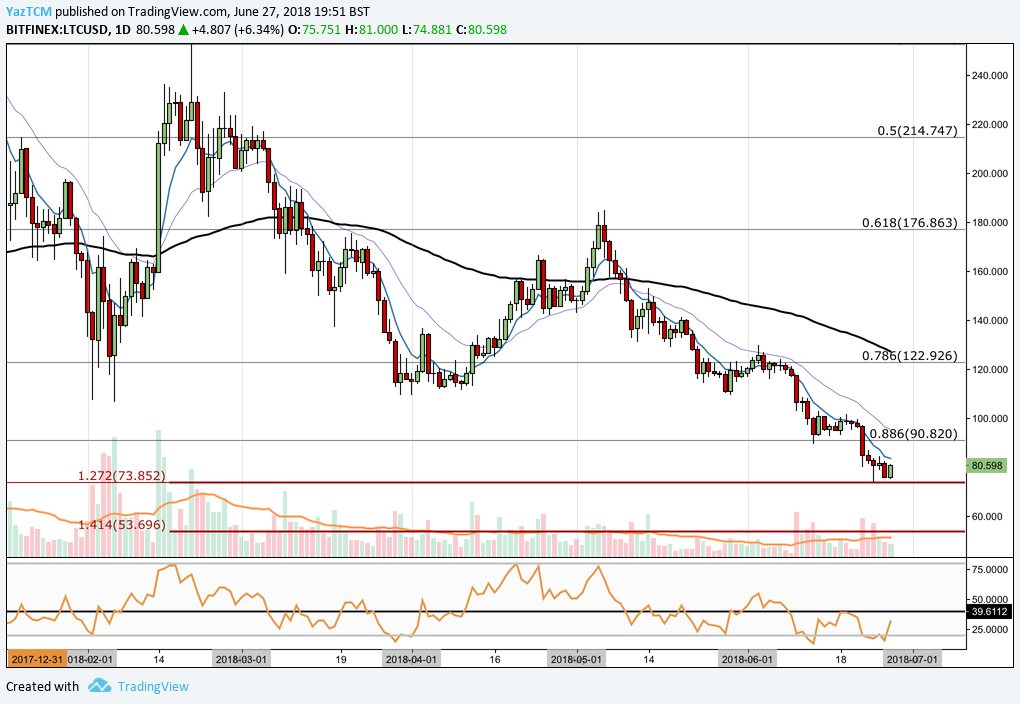