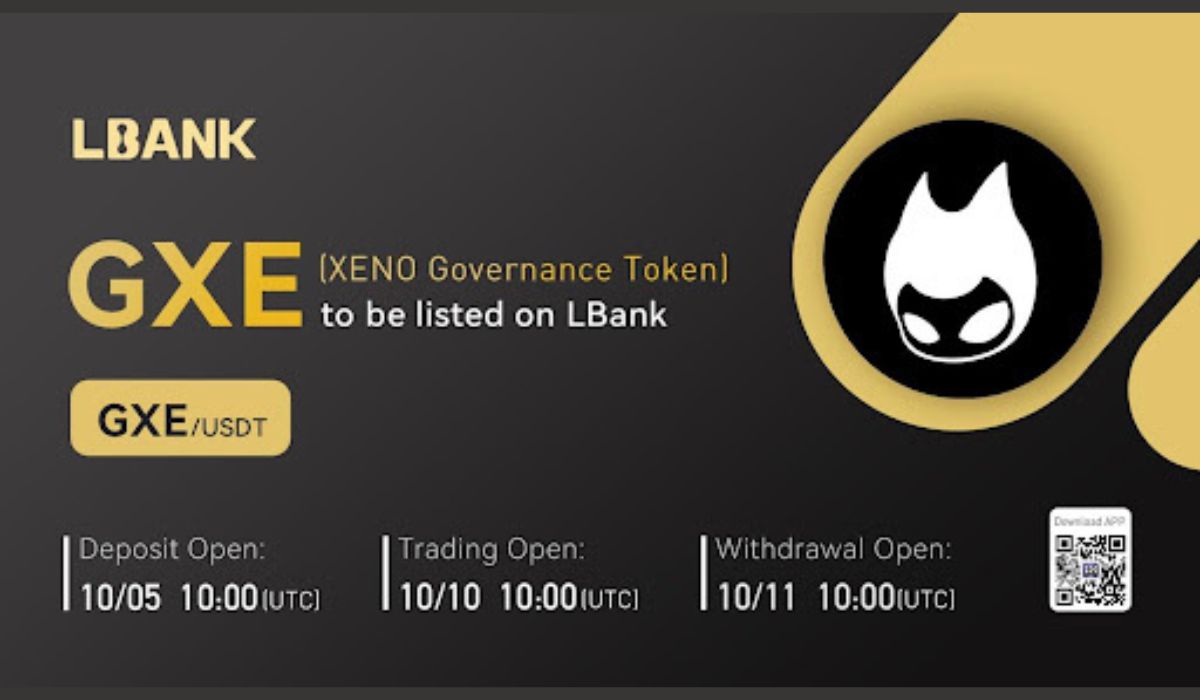 Leading cryptocurrency exchange LBank has just added to its list of supported tokens following the official launch of the XENO Governance Token (GXE). The platform announced it had listed XENO on the 10th of October, 2022.

The development reflects the exchange’s efforts to expand its global reach further while achieving its vision. The listing will allow LBank users to trade the native token of XENO easily on the platform.

Also, investors interested in the PROJECT XENO investment can easily buy and sell GXE tokens via LBank, as the GXE/USDT trading pair is now officially available for trading on the LBank exchange.

XENO is a PvP game based on Web3 with GameFi and e-sports aspects that allow players to battle using unique NFT characters and win the battles to earn tokens. Despite being a startup, it appears the platform is deploying the necessary mechanisms to hasten its growth and ensure greater efficiency.

With the XENO project, players who own NFT characters can acquire Utility Tokens (UT) and NFTs by playing the game. Furthermore, players are also allowed to trade NFTs seamlessly through the in-app wallet and marketplace. Their earnings are securely stored in the “General” in-app account with built-in swap functionality.

The project revealed it has partnered with Floyd Mayweather Jr, a renowned boxer, to launch the exclusive NFT and is acquiring the leading IPs. It further disclosed it had onboarded HIKARU, the most influential YouTuber in Japan, as an ambassador.

According to the announcement, XENO is on a mission to design a fair battle that emphasizes strategy and tactics. GXE is the native token of the project, which can be rewarded in the championship tournament.

With several developments being put in place, including high anticipations from users, the team behind the platform is pleased to announce that the alpha version of the game will be launched in December.