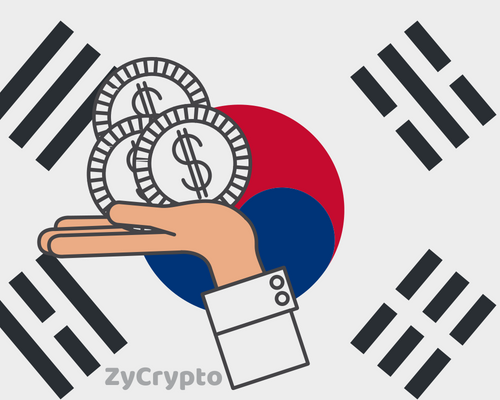 The country has sights set on being one of the leaders in blockchain technology and has made a strong statement after the Ministry of Information and Communication Technology (ICT) revealed in a report that 10 billion Korean won (app. $9 million) will be used to execute six blockchain based projects.
The Ministry of ICT has developed a blockchain strategy that cuts across different sectors of the Korean economy and will receive $9 million from the central government over the next 18 months to bring the plans to fruition.
The newly developed strategy will be “a medium- to a long-term plan for expanding blockchain technology’’ in the Asian nation and will primarily look to improve livestock supply chain management, customs clearance, online voting, real estate transactions, cross-border e-document distribution, and shipping logistics.
The ICT Ministry shared further insights into what they hope will be achieved in different industries.
For instance, the agency would collaborate with the Ministry of Land and Transport to deploy a blockchain system that integrates real estate, taxation, and legal services. With the new system, everyone that makes up the real estate industry can enjoy streamlined transactions and increased transparency.
To improve the Agricultural sector, the ministry of ICT will work in tandem with the Ministry of Agriculture, Food and Rural Affairs. The goal will be to deploy a blockchain system that updates the information of livestock from their breeding, then shipping and sales.
This would allow for swift correction (10 minutes – 6 days) of any deficiencies observed in the supply chain.
Across the several sectors, however, the goal remains one – “to improve the information sharing efficiency and transparency in these public services by using a distributed network.”
Excitingly, the Korean government also has announced another budget set aside for promoting blockchain technology education, a whopping 800 million won (or $720,000) to be invested a year for up to six years.
The funds will be spent on expanding the country’s blockchain research center, in turn nurturing 10,000 blockchain specialists by the year 2022.
Only time would tell how smooth the project would turn out, but one thing is almost certain
–  Blockchain Technology will lead major reforms in Korea and has the potential to turn the nation into a leader in the future blockchain economy.