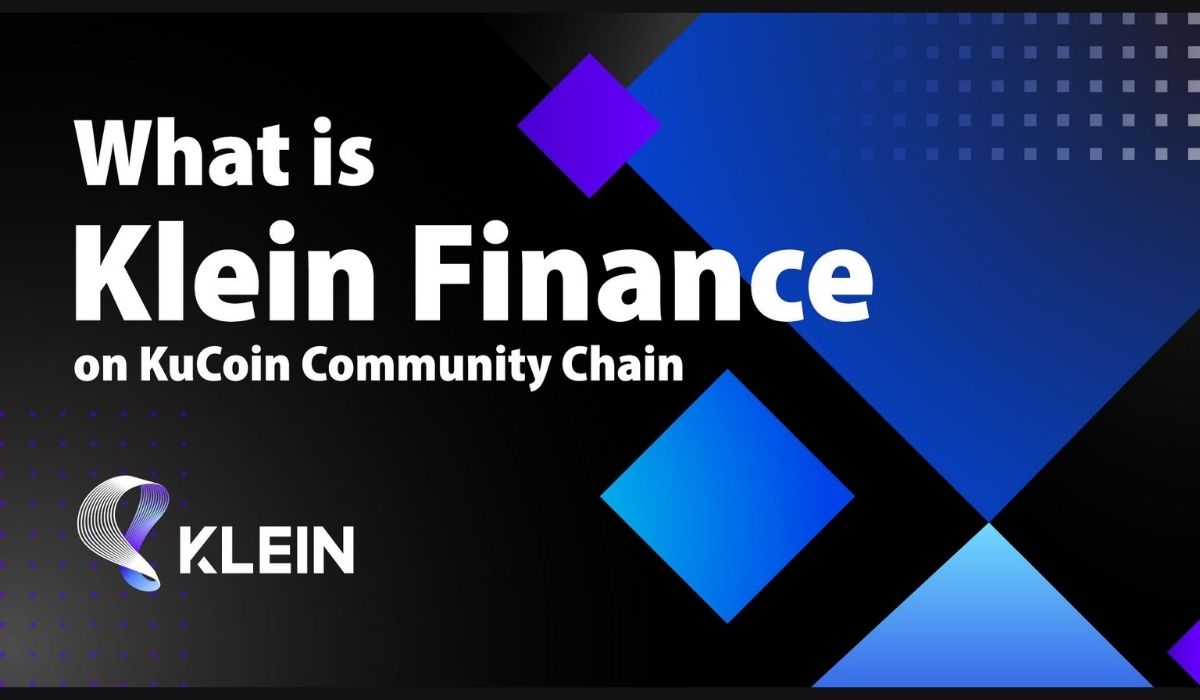 Klein Finance is a decentralized exchange that is used to provide liquidity and trade KCC20 tokens on the KuCoin Community Chain.

The exchange is known for enabling fast, efficient, and low-slippage stablecoin swaps, which tends to prove that decentralized token exchanges are not only feasible but also more efficient than traditional foreign exchange transactions. It adopts a special pricing formula that is specially designed for exchanges in a roughly similar range. Thus, it is usually likened to be the PancakeSwap and Uniswap of stablecoins.

The KuCoin Community Chain on the other hand is a decentralized public chain compatible with EVM and high performance. The chain is jointly built by KCS and KuCoin’s fan community and it is aimed at remediating problems of low performance and high cost of public chains, while providing faster, more convenient, and lower-cost operations for community users.

Klein’s Debut on The KCC chain

Although Klein Finance is not yet live, it is, however, willing to build on the KuCoin Community Chain due to the prospect of its public chain.

According to a recent press release, Klein Finance plays a major role in the KuCoin Community Chain ecosystem, with which major protocols in DeFi such as Uniswap on Ethereum, Synthetic, Yearn Finance, and Compound are integrated. It has provided liquidity to many large platforms on the back end after going live. Klein Finance is able to maximize returns and give the protocol an edge in maintaining market share due to its integration with many projects.