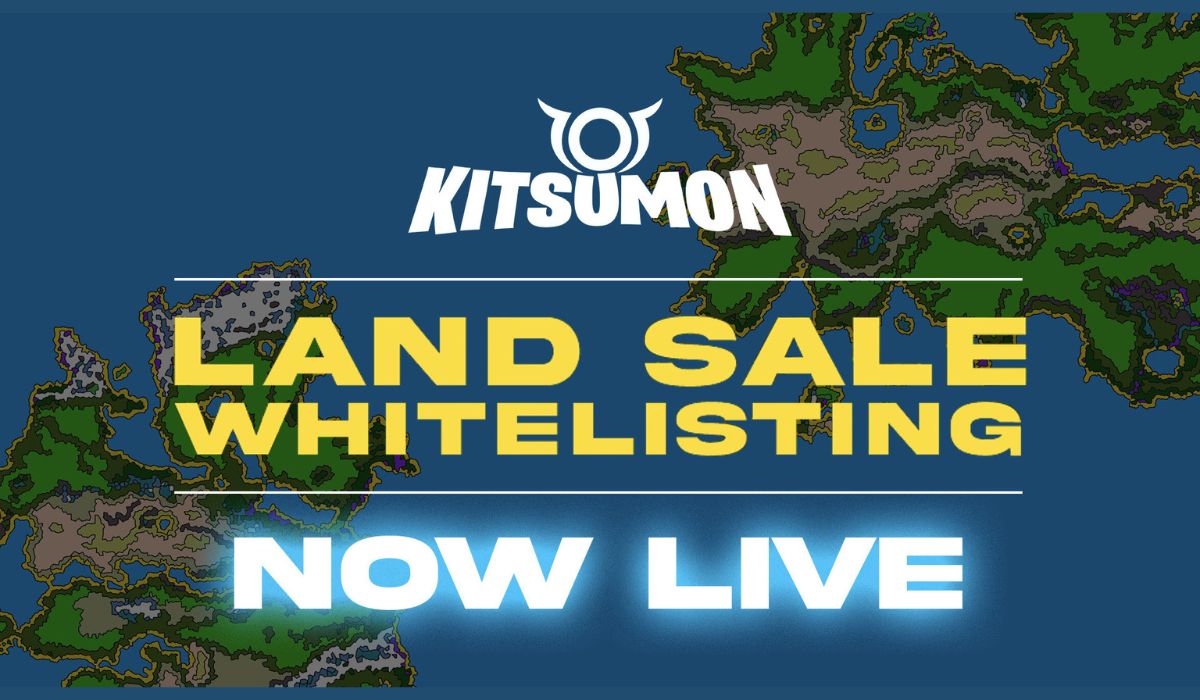 Kitsumon, an NFT gaming platform, is happy to announce details of its highly anticipated NFT land sale that will be done in partnership with top NFT and gaming platforms.

The NFT land sale comes after Kitsumon successfully held its IDO and INO. As per the announcement, the NFT Land sale will be in partnership with DareNFT, ScottyBeam, Babylons, BalthazarDAO, FantomStarter, DAOLauncher, Liquidifty, GameStation, and Synapse Network.

Investors seeking to participate in the land sale must either apply for a whitelist spot to get into the private sale or buy from one of the many launchpad partners. Notably, the land sale will be held in a Mystery Box format where users will randomly be minted a land pot NFT.

The Kitsumon game is about collecting, breeding, and caring for adorable Kitsu pets. In the Kitsumon metaverse, the land is a precious element that gives players access to Kitsumon’s MMORPG gaming element, professional gameplay set to be released in 2023.

Players can use their acquired land to level their character in 6 different roles: farming, fishing, cooking, mining, alchemy, and crafting. Players can also lend out their land to others to maximize their assets. Everything grown or crafted by players in the Kitsumon world is represented as NFT assets. This provides utilities to other gameplay modes, such as the recently released breeding mode.

There are a total of 2500 plots of land split into three categories. These include standard, premium, and special.   Each category unlocks additional gameplay functionalities, quests, and items. In addition, land comes in 13 types of biomes, such as oasis, forest, snow, or cursed forbidden forest. Each biome affects players and professionals differently.

Kitsumon is planning to hold a launchpad sale on October 26 and 27. This will be followed by private and public rounds scheduled for the end of October and early November, respectively.

Last week, Kitsumon partnered with Galaxy Arena, a virtual reality play to earn metaverse that uses ground-breaking volumetric motion capture technology to give users an out-of-this-world experience. Kitsumon will be rolling out more developments in the coming days.