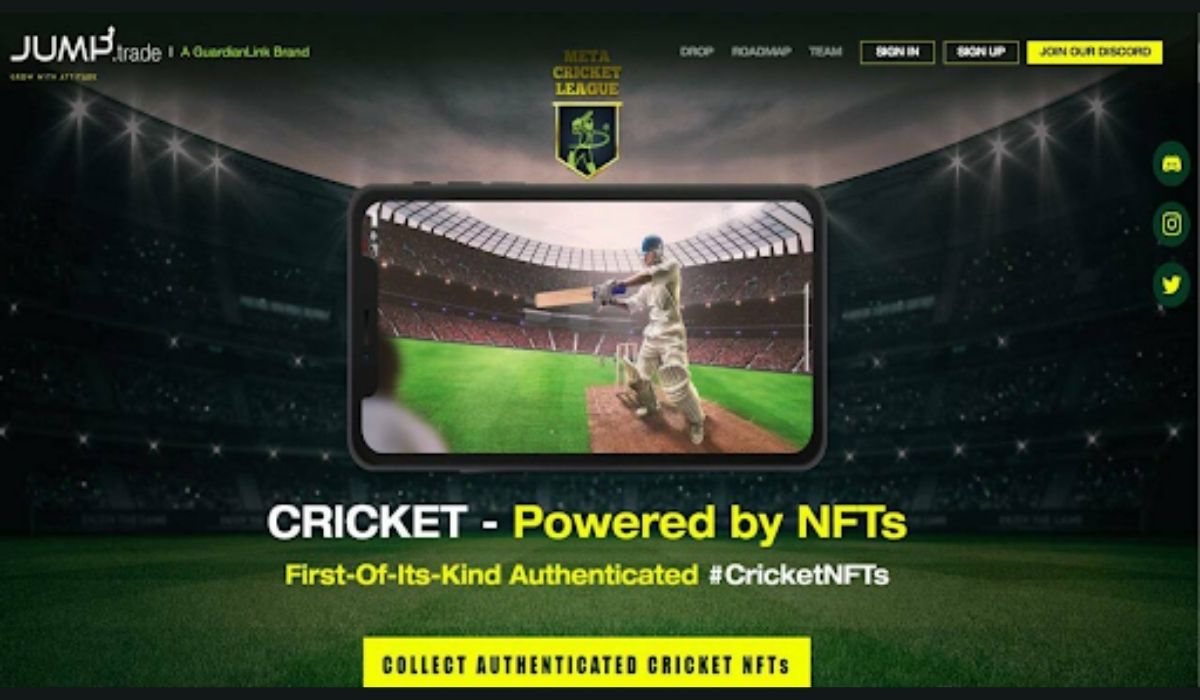 Jump.trade, a new NFT marketplace focusing on NFTs of gaming and international brands powered by GuardianLink, has announced it will be dropping its exclusive cricket game NFTs and digital cricket collectibles on 22 April 2022. The drop will be done during the NFT cricket game ‘Meta Cricket League (MCL)’ and there will be an initial purchase in the form of Super Loot NFTs.

The NFTs will either be “a set of metaverse cricket players or a combination of metaverse players and authenticated digital Cricket NFTs signed by some of the biggest legends of the game.” MCL makes Jump.trade the first international marketplace with a cricket NFT game that offers its players new opportunities.

Players can choose to monetize their efforts and time spent playing the game. By challenging other players, they can earn cash prizes and other crypto rewards. Co-Founder and COO of GuardianLink, Kameshwaran Elangovan said the game will change public perception of P2E NFT games and cricket as a whole.

“With this NFT drop and the game, we expect a major turning point not only for P2E NFT games but also for the perception of cricket,“ he said.

Participants in The Super Loot are guaranteed ownership of belonging to Metaverse Cricket Team Players NFT or The same + Authenticated Signed Digital Cricket NFTs of Legends. As an incentive to players, Jump.trade has also introduced the Treasure Box for collectors with 5 or more super NFTs. For every 5 NFTs they have, they can open one treasure box, all of which are valued at $50,000.

Jump.trade boasts that their NFTs combine utility with tradeability. Players can monetize their games and unlock incentives as they progress in the game and reach higher ranks. They can also have a real-world use for their digital assets.

The NFTs are expected to appreciate fast in value in the NFT marketplace. They are also designed to gain experience and become more valuable with every game the players participate in. As the MCL is designed to be community-focused, the users will eventually take over and make the decisions when it comes to its future.

To join the drop, participants are expected to load the GuardianLink wallet with funds to make accessing the NFT hassle-free. They can access the Super Loot Cricket NFT drop on 22 April at 5 PM IST on Jump.trade.