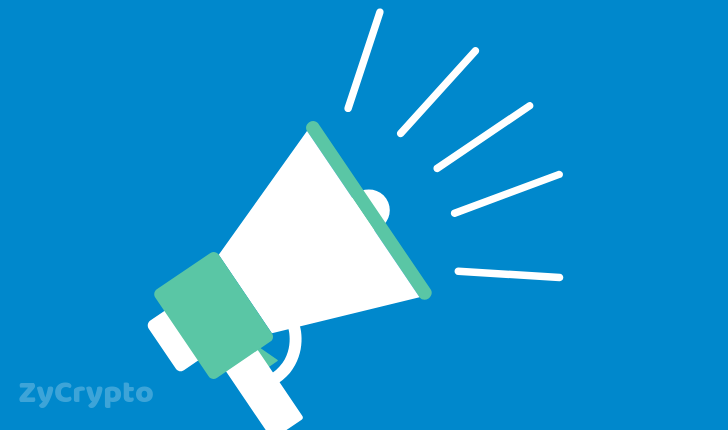 ohn McAfee expresses his interest in becoming the first citizen of the United States of America to further the cause of blockchain and cryptocurrency at the national stage. He revealed this through a tweet on the October 3rd.

As announced via the tweet, John McAfee stated his interest in becoming the president of the United States of America. Quoting the tweet, McAfee said;

“Let’s be real. No sane person could believe I could ever become President. That’s not my goal. I want access to the National Stage for 18 months to promote what I believe is the only thing that can save us: The Blockchain, CryptoCurrency and the economic freedom they will bring.”

John McAfee is a computer programmer and businessman, also the founder of the software company, McAfee Associates in 1987 and ran it until 1994, when he resigned from the company.
McAfee is a prominent cryptocurrency enthusiast, investor and also a blockchain developer. Despite the fall in the value of cryptocurrencies, McAfee remains bullish on Bitcoin and some other cryptocurrencies.
Further, he has also been prominent for controversy talks and challenge which mostly creates attention in the cryptocurrency world. The last of his many attention propaganda was his cryptocurrency wallet unhackable challenge. The BitFi wallet was considered unhackable by John McAfee. However, he was proven wrong that there is nothing like unhackable.
McAfee’s Post and Responses, With Cryptocurrency and Blockchain Development in the United States
John McAfee’s interest in becoming the next president of the United States of America has not gone without creating attention and responses as usual from the rest of the community. The tweet has seen responses that are supportive and also mostly responses that believes anything is possible.
A twitter user noted that Americans just want a president that loves America and wants everyone to be free to do want they want. Also, another tweet also noted that “I would not have agreed with this two years ago, but the recent incumbent has shown anything is possible.”
Meanwhile, though the United States of America started showing interest in cryptocurrency and blockchain recently through the legislative effort, the adoption of the industry has been relatively backward in comparison with Europe and Asia.
Mainstream cryptocurrency and blockchain adoption in the United States will further aid flourishing of the industry worldwide.