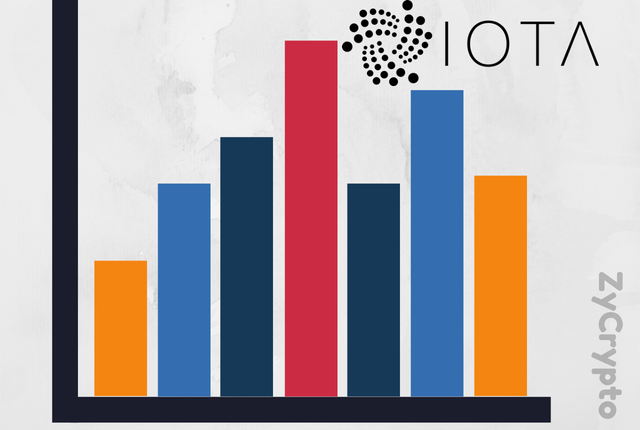 Iota has continued to experience another tough week of declining prices as the market slips a further 17.42% over the past week of trading. Iota is currently trading hands at $0.95 and has experienced a drop of 2.88% over the past 24 hours.
Iota was created in June 2016 and widely became known as the 3rd generation blockchain. Iota uses a distributed ledger technology known as Tangle, unlike most other cryptocurrency projects that use Blockchain as their distributed ledger technology.
The Tangle system can boast many advantages over the transitional Blockchain system due to Tangle’s scalability. Iota is said to have a lower transaction time, lower transaction fees, higher transactions per second and a higher level of security than traditional blockchains. This makes Iota an very exciting project to keep an eye on.
One of the main paths for Iota to reach global adoption is through the Internet of Things (IoT). The IoT are any devices that are linked to the internet through a WiFi chip or similar means. IOTA is intending to become the basis means of communications for the IoT by providing a standard for these devices to conduct commerce over, creating the machine economy that allows devices to transact value to one another completely autonomously.
Iota is currently ranked 10th in terms of overall market cap, with a total market cap value of $2.65 billion. Iota has a lot of losses to regain considering that the market has lost a total of 33.99% over the past 30 trading days alone.
Let us continue to analyse Iota’s price action over the long run.
Price Analysis
IOTA/USD – LONG TERM – DAILY CHART
https://www.tradingview.com/x/4LXnBlht/ 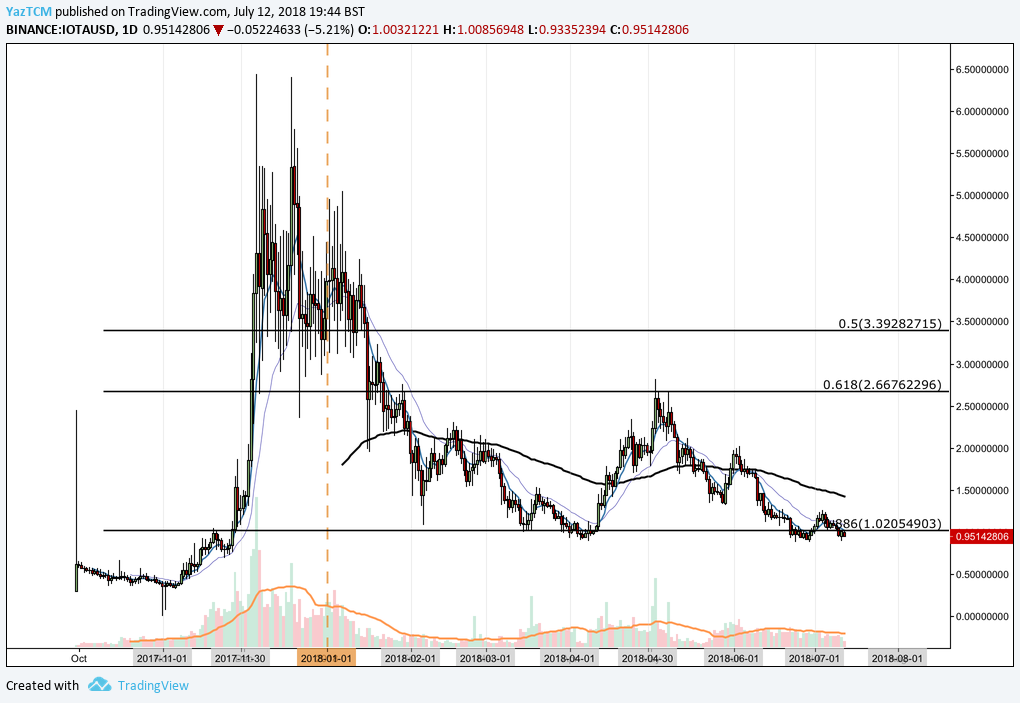 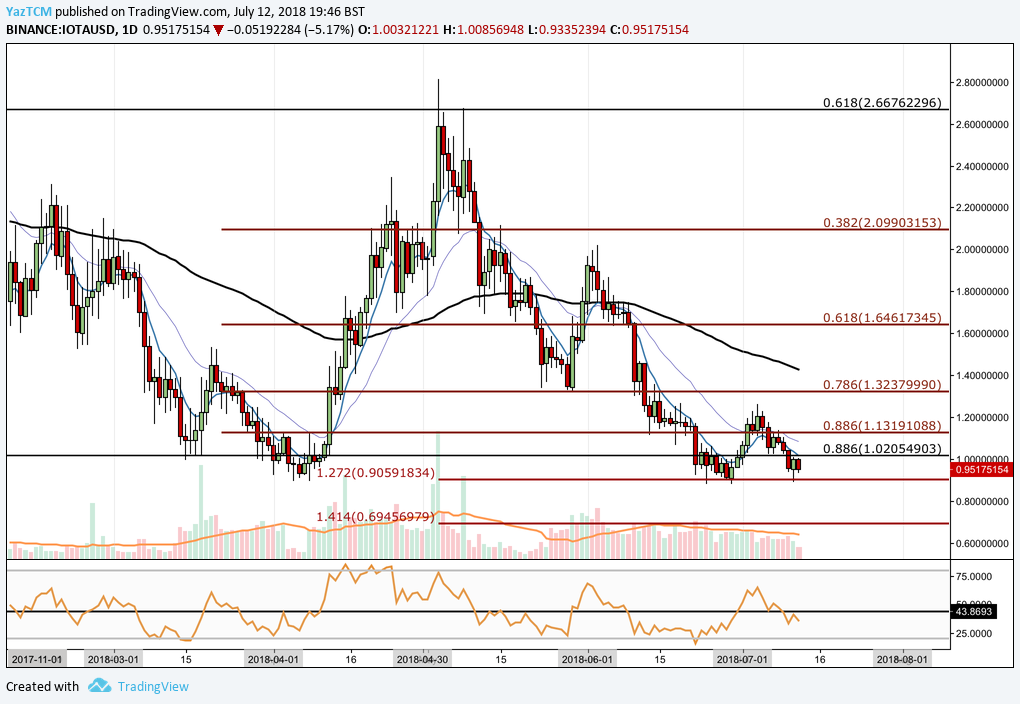