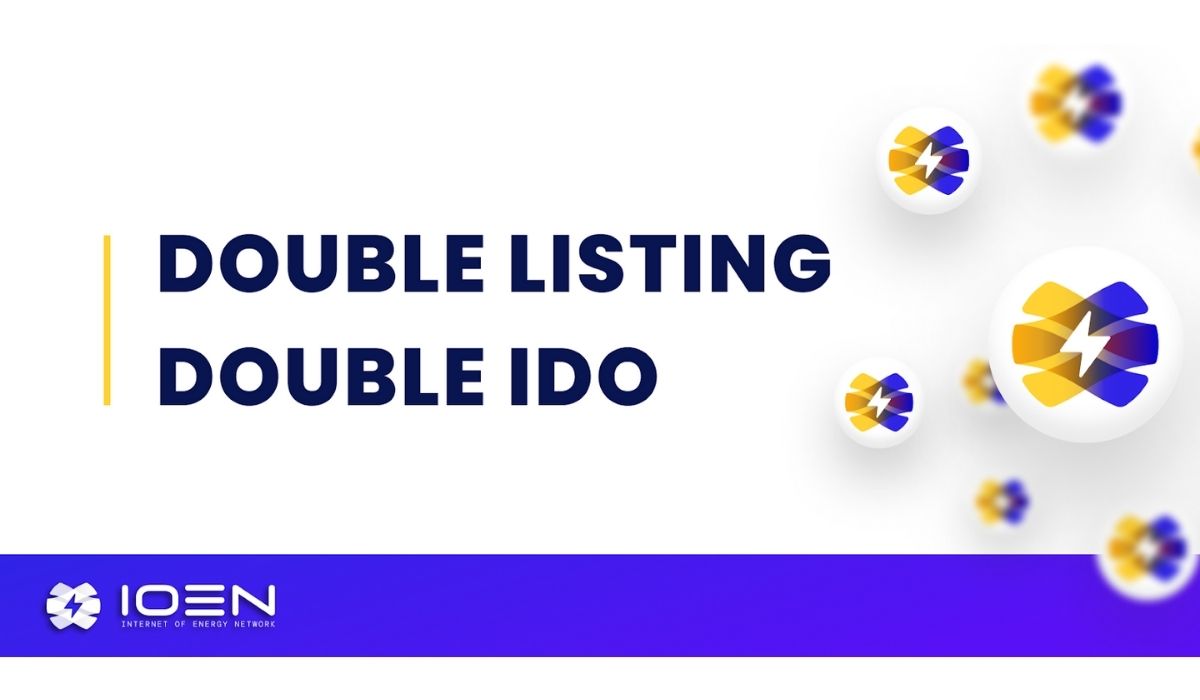 Internet of Energy Network (IOEN) launched and listed on Tier-1 launchpads, TrustSwap and Trustpad. IOEN’s IDO launch on TrustSwap kicked off on 8th October while its TrustPad IDO launched on 11th October. IOEN then had a very successful dual DEX listing on QuickSwap and Uniswap. Following this, the company immediately implemented its community staking mechanism to bring benefits for their early supporters. The IDO launch, listing, and staking are just one of several milestones that the community-based network has rolled out for the users.

IOEN is a protocol that is built on blockchain and Holochain, that creates incentives for efficient clean-energy usage within virtual microgrids. The use of Holochain makes smart Internet of Things (IoT) devices able to operate in a manner that is faster, more secure, and more energy-efficient than traditional blockchain technologies. This unlocks the ability of the network to facilitate the rapid exchange of value between devices, users, and markets.

IOEN’s value proposition finds root in goal #7 of the UN’s Sustainable Development Goal (SDG) which is aimed at ensuring affordable access to renewable, sustainable, and clean energy globally by 2030. The solution that IOEN is proposing will ensure that household devices like air-conditioners, washing machines, solar panels can be adjusted in terms of behavior to match both local and individual needs, depending on economic initiatives.

IOEN has also announced the rollout of a staking initiative for its token holders in partnership with Kaizen Finance, a crypto-token platform. The initiative will provide participants of the IOEN token early public sale with the benefit of earning 100% APY for up to 3 months. Apart from direct staking earnings benefits, stakers will also get access to bonuses such as exclusive NFTs, DeFi partner bonuses and VIP meet the team events.

Sharing more details on how the staking initiative operates, IOEN stated that the tokens sold and distributed during its IDOs (on TrustPad and TrustSwap) were sIOEN tokens, meaning Stakable-IOEN tokens. For those who bought on Polygon these are called spIOEN. Users have access to staking on IOEN’s website after which they start earning significant rewards (Up to 100% APY if staked before October 20th). Users who didn’t want to stake also had the choice to unlock 30% of their sIOEN and spIOEN tokens at launch, and the remaining 70% can be unlocked linearly over 3 months through the platform.

Those who stake will also enjoy other benefits aside from earning rewards on their stakes. These include VIP NFT drops, including the ability to co-create an NFT with their names coded into the metadata, VIP IOEN merchandise, IOEN Forum (open forum with the founders to develop and deliver IOEN virtual microgrids), early access to the upcoming RedGrid App with access to tiered discounts and bootstrap the network and exclusive first access to our DeFi partner benefits. The company has explained the steps and benefits in their medium articles on staking (https://medium.com/internet-of-energy-network).

$IOEN has a supply cap of 1 billion and an initial circulating supply of 6 million.