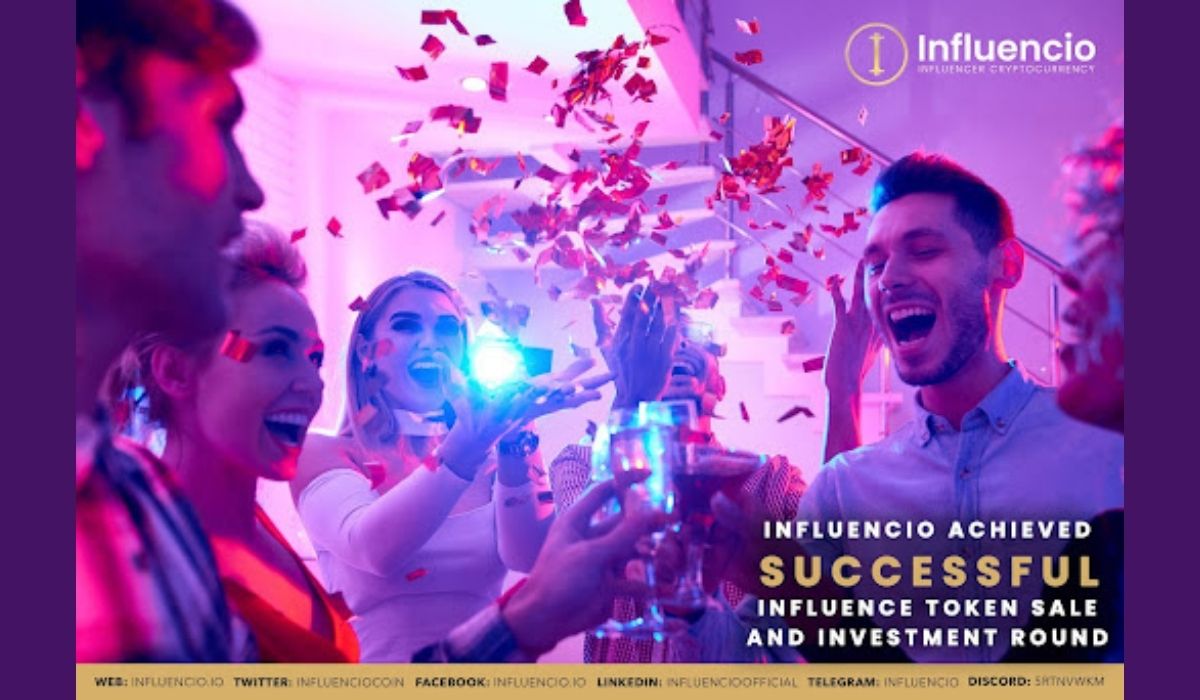 Influencio, the first dedicated blockchain influencer marketing platform developed by Technicorum Holdings’ subsidiary Gravitas International Associates, which also includes NFTs, GameFi, SocialFi, and the Metaverse, has announced the successful completion of the first public round of INFLUENCE token sale on the TechLauncher launchpad, as well as a venture capital investment round of $2 million, with additional commitments from two venture capital groups of up to the rest of the funding.

On February 15, 2022, the TechLauncher launchpad hosted the first public auction of INFLUENCE tokens. Members of the crypto community have purchased tens of thousands of INFLUENCE coins since then. Early investors received a discount on the token price. In the following public sale rounds, the price of the INFLUENCE token will progressively rise.

Over 30 well-known venture capital firms and business angel investors put their faith in Influencio’s long-term viability. Influencio’s development and expansion of its influencer community has received funding from leading investors from Singapore, Asia, and Europe, totaling up to $5 million. The funding will be used to speed up the development of the Influencio platform’s SocialFi, GameFi, NFT, and Metaverse building components.

Daniel Daboczy, CEO of Influencio, commented on the successful token sale and funding round, saying “It is a huge milestone for us and a big confirmation that we are on the right track. We are grateful for so much trust shown to Influencio by the crypto community and investors…. The next step will be to work on product and community development to justify that trust. We will also open the second round of public token sale for – do not miss the opportunity to build the future of influencer marketing together.”

Influencio will soon launch the second round of its INFLUENCE token public sale. 10,000,000 INFLUENCE tokens will be distributed in this round at a price of USDT 0.07 per INFLUENCE token. From the initial date of a forthcoming IDO or centralised exchange listing, the purchased tokens will be subject to a seven-day lockup period, after which they will be eligible for a daily claim for three months.

The INFLUENCE coin is a governance token that regulates all platform operations. It’s a global currency that allows marketers to reward local influencers, brand owners, and users from all over the world. Premium capabilities on the site, such as direct messaging to influencers, participation in Influencio contests, and voting, will be available to INFLUENCE token holders. Influencio’s INFLUENCE tokens, along with its ACTS tokens, are one of two token systems that may be used to purchase Influencers’ NFTs and participate in the Influencio P2E games and environment.