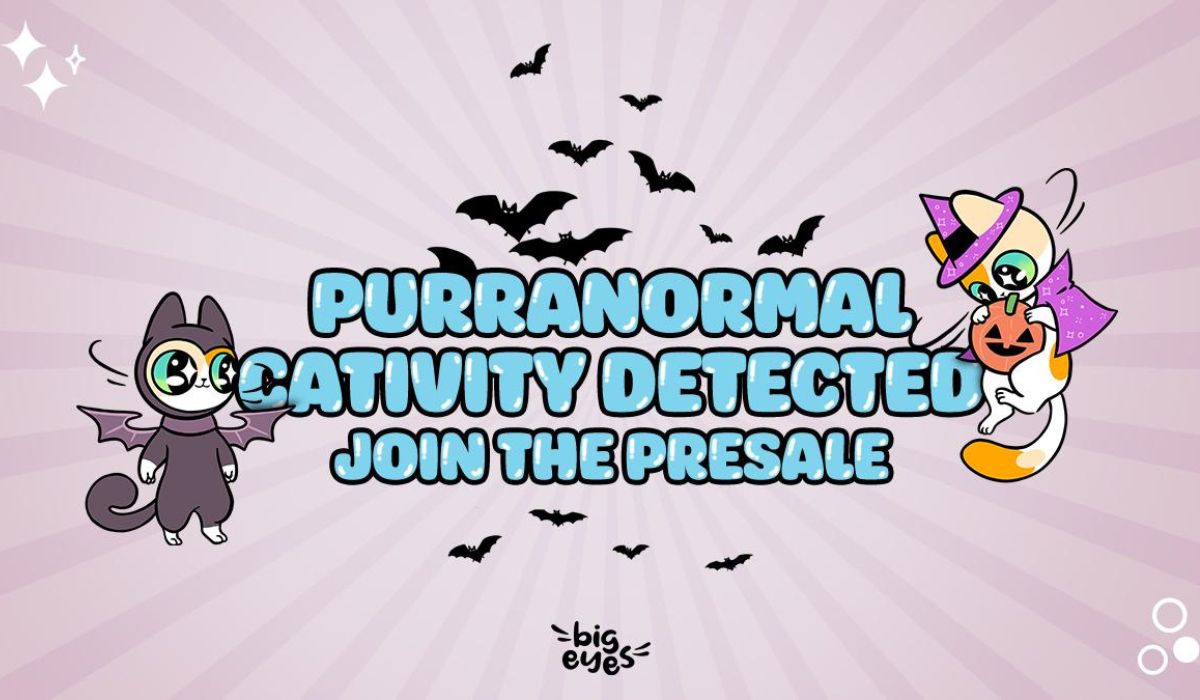 Dog-themed meme tokens have come to define the meme token market. From Dogecoin to Floki Inu and Dogelon Mars, the market has quite literally gone to the dogs, making it a surprise to see newcomer Big Eyes Coin entering the market.

And, more than anything, doing so well.

In less than two months, Big Eyes Coin has raised over $5 Million, making it challenging to ignore within the meme token space. But what is it about Big Eyes Coin that has allowed it to garner so much attention, and is it a legitimate threat to established meme tokens like Floki Inu and Dogelon Mars?

In this article, we will look into Floki Inu and Dogelon Mars to see what they are all about before looking into Big Eyes Coin to try and discover why so many crypto enthusiasts have been flocking to it.

However, it is not the name alone that has given Floki Inu its shot at success. The most significant aspect of Floki Inu that has seen so many be drawn to it is its metaverse gaming project, Valhalla.

The game, which is reported to currently have a team of eleven developers with over 50 years of combined experience in the field, will allow Floki Inu holders to interact in a fun, immersive metaverse experience, where they will also be able to make cash via the games Play-to-Earn (P2E) features.

It is an interesting twist to the dog-themed meme token market and has certainly gotten people talking. However, as Dogelon Mars has proven, sometimes less is more when trying to get your meme token to a wide audience.

Dogelon Mars has taken a more straightforward approach to building its meme tokens success and has done so with great results- the project currently has over 500,000 Twitter followers and over 66,000 Telegram followers.

Dogelon Mars has chosen to build its following through a mix of its catchy token name, availability through both Ethereum and Polygon, and most importantly, its distinct and fleshed-out mascot character, Dogelon.

Dogelon is a canine astronaut exploring the galaxy and getting into wacky adventures. The appeal of Dogelon Mars comes from this sweet, silly comic, giving fans of the token something to talk about and connect to as a community. It is simple yet incredibly effective, and the token being in the top 175 cryptocurrencies by market capitalization according to Coinmarketcap, one that is working well for the Dogelon Mars team.

But how will it compete with newcomer Big Eyes Coin?

Big Eyes Coin Causes A Stir In The Dog House

With these two tokens being some of the meme token market’s most prominent, it is understandable why some are so surprised that Big Eyes Coin, a cat-themed, charity-focused meme token, has been able to garner so much popularity in such a short amount of time.

However, Big Eyes Coins’ success can be attributed to various reasons. One of the biggest, however, is its complete rebellion against the established meme token market, taking elements seen in projects like Floki Inu and Dogelon Mars and flipping them on their head.

For one, while Floki Inu and Dogelon Mars hold merits and aspects that make them thought-out, high-quality projects, many dog-themed meme tokens on the market do not have this same level of care or quality. Almost daily, dog-themed meme tokens attempting to copy the success of Dogecoin or Shiba Inu are released onto the market, making it overly saturated and easy to become bored with.

Big Eyes Coin is the opposite of this, with its stylish token mascot that takes on the appearance of the dog’s polar opposite: the cat. Furthermore, from their website alone, it is clear that Big Eyes Coin has been made with love by a dedicated team, allowing potential investors to feel reassured that the project is not another scam or a project set to bomb quickly.

If that isn’t enough, the project is also CEX Tier 1 verified and has had its team and contract fully audited and verified by Coinsniper and Solidity Finance.

Sound interesting? Then be sure to find out more about Big Eyes Coin using the following links: