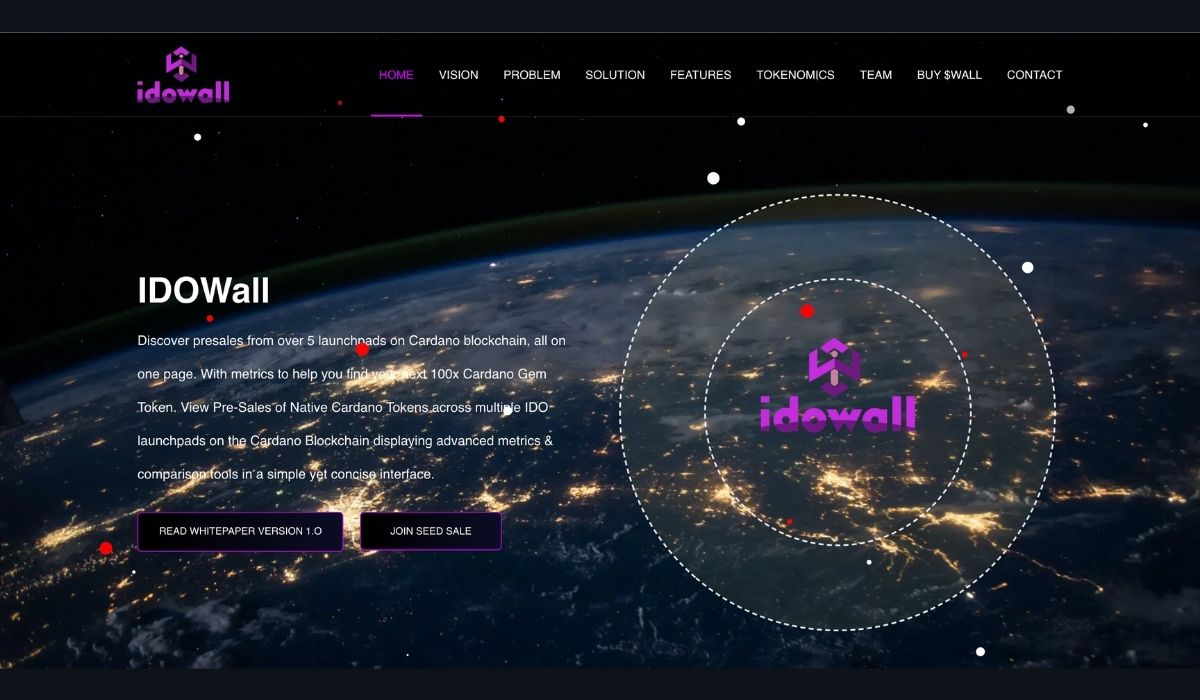 IDOWALL, a Cardano-based project that offers unique blockchain analytics and a tracker, is progressing with the first phase of the seed sale of its native token, $WALL. The seed sale kicked off on the project’s website on Nov. 1, 2021, and is aiming to attract early-stage adopters.

IDOWALL’s mission is to ensure blockchain enthusiasts of the Cardano ecosystem have access to multiple initial decentralized exchange offerings (IDOs), in addition to pre-sale listings of tokens native to the Cardano blockchain. For this purpose, the project’s interface comprises several launchpads displaying advanced metrics and comparison tools in a user-friendly manner.

Since its announcement, IDOWALL has been illustrating its relevance to the Cardano ecosystem. Earlier on, the project’s team released a demo page of their user interface, showing users how they will identify the next valuable projects on Cardano IDO Launchpads. The official user interface (minimum viable product or MVP) is expected to be available before the end of Q4, 2021.

$WALL, which powers the IDOWALL ecosystem, has a 10 million supply cap. The token will be used to make subscriptions to the IDOWALL pre-sale listing platform. Additionally, WALL holders can make passive income by swapping their Cardano (ADA) tokens. Meanwhile, liquidity providers get to earn interest by allowing others to borrow their digital assets. All ADA users will have IDOWALL’s support through price feeds, asset price displays, and crypto-wallets.

To purchase the WALL token and take part in the ongoing seed sale, users need to first buy ADA from listed exchanges such as Binance, Coinbase, and Kraken, among others. Proceed to send the purchased ADA to Cardano-supported wallets such as Yoroi, Daedalus, Adalite, or Nami Wallet. From there, send the purchased ADA from your wallet to the public seed sale address available in the sales portal. Presently, 1 ADA enables one to acquire 20 WALL tokens. The minimum buy is 100 ADA and the maximum buy is 10,000 ADA. 2 million WALL tokens, or 20 percent of the total supply, have been allocated to the seed sale.