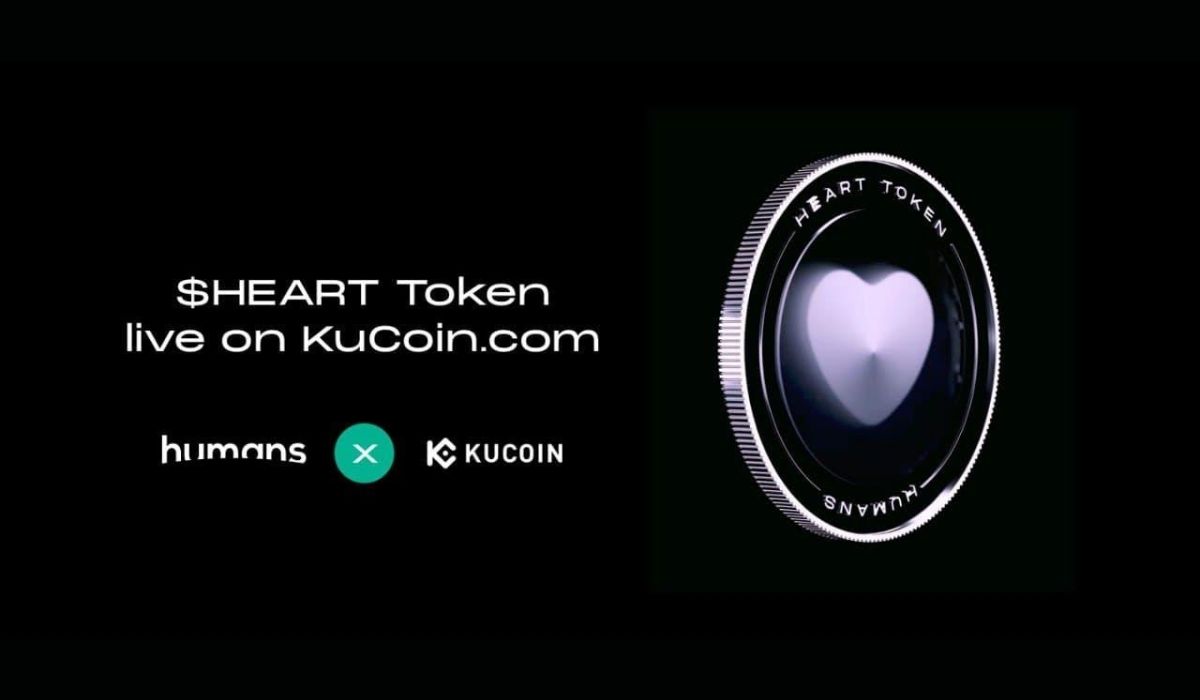 Humans.ai, an all-in-one platform for Artificial Intelligence (AI) based creation and governance at scale is thrilled to announce the listing of its native token, $HEART on KuCoin. This listing on one of the globally renowned exchanges on Monday the 13th of December 2021, led to the company realizing $30 million in volume on the first day of trading.

KuCoin is a cryptocurrency exchange established in 2017 with more than 500 currencies included in its 750 trading pairs. Being one of the largest global social trading platforms, KuCoin is used by more than 10 million registered users around the world.

Humans.ai recently closed its public token sale on polkastarter, raising $1,170,000 through the cross-chain token offering platform. This has been the biggest pool on the Polkastarter platform so far. To further help engage the community and increase adoption, the company launched the IDO (Initial DEX Offering) in partnership with Polkastarter.

The humans.ai token $HEART, went on sale and was overly subscribed on the 9th of December, closing in less than 30 minutes. This ultimately signifies that there is an increasing awareness among the humans.ai community. Sabin Dima, the CEO of Humans.ai said:

“The listing of the $HEART token on KuCoin is an important part of Humans.ai’s roadmap, as it represents part of the efforts being made by the team behind the project to spread awareness about the Humans.ai ecosystem for AI-based creation and governance at scale.”

The humans.ai team is focused on building a next-generation blockchain platform that brings together an ecosystem of stakeholders around the use of AI. This it does by combining a library of AI tools into a creative studio suite that allows users to pick and choose as they bring their ideas to life. It allows the empowered users to create and own their digital likenesses, which may be used either by themselves or by others in the creation of any number of digital assets.

Humans.ai synthetic media, AI apps, and other digital assets utilize blockchain technology to generate Non Fungible Tokens (NFTs) as a way of creating transparency, provenance, accountability, and long-term governance. This is also an added advantage to the humans.ai community and users.

The company in times past has also raised $9 million from over 60 world-class investors in their private sale round. These investors range from top business leaders, tech executives, blockchain experts, community leaders, and top management from tier-1 companies. Some of the leading investors in the Humans.ai startup include Romanian entrepreneur Răzvan Munteanu, who is one of the most active investors in the blockchain space, and Elrond Research, the investment extension of Romanian blockchain company Elrond.