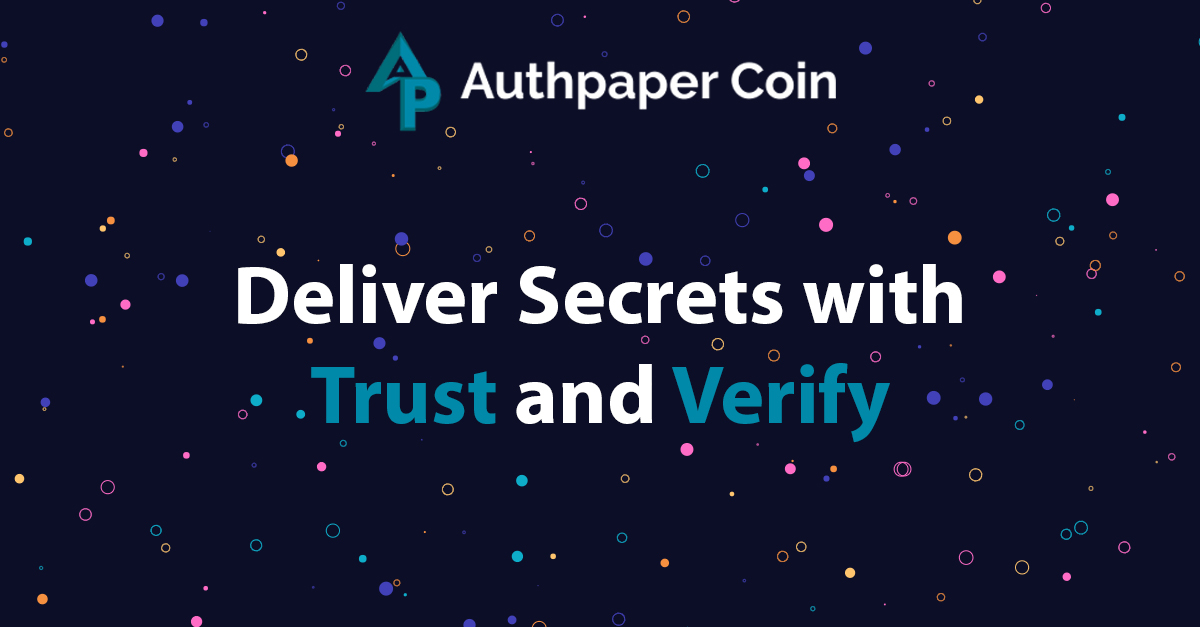 Physical mailing, old age isn’t it? Well, we’ve not come so from the time when the physical mailing was the only plausible option for big sized confidential data. Subsequent data forgery is nothing but an extension by technology to technology. This called on technology to come up with something that could act as a solution to this problem of data forgery while transferring data online. Solon Li, The CEO of Authpaper Delivery has initialized such a platform to guard your data and store it on the platform through end-to-end encryption.

To make sure that data is accessible to the recipient only, Authpaper ensures that-

There is no need for senders to stay online when recipients are about to receive the data. The platform rewards (stamps) peers for helping in data delivery to the recipient. This rewarding methodology encourages users towards the platform and sends the data that is not accessible, increasing data delivery speed. This is based on a custom built blockchain to ensure that it’s completely decentralized, and there is no single authority.

Confidentiality is reached at a point where all the data is transformed into a state which has been deployed to nothingness. This transformation process is known as encryption. To read back the data, entities use some private information (keys) to convert the void data (encrypted data) back to its original state. This is called decryption.

There are mainly two kinds of algorithms providing encryption,

A) Symmetric key algorithm– These are referred to as secret-key algorithms which use a single cryptographic key for encryption and decryption purposes. The data is initialized in such a way that it grows difficult for an opponent to decrypt and trace back the data. Symmetric keys are generated in a secure manner and are distributed among the sender and receiver. The keys remain unknown to any other entity. Also, if a symmetric-key algorithm is being used by more than one receiver then the key has to be shared with all entities. Communication of all the entities will be compromised if the key is compromised from one entity.

Public and US National Institute of Standards and Technology (NIST) have performed uncompromising security testing and analysis before their approval on any such algorithm, to assure satisfactory security by the algorithm. Authpaper Delivery platform as recommended by NIST for use beyond 2030, will use Advanced Encryption Standard with 256-bit keys for symmetric encryption (AES 256) and Elliptic-curve cryptography with 521-bit keys for digital signature and key exchange.