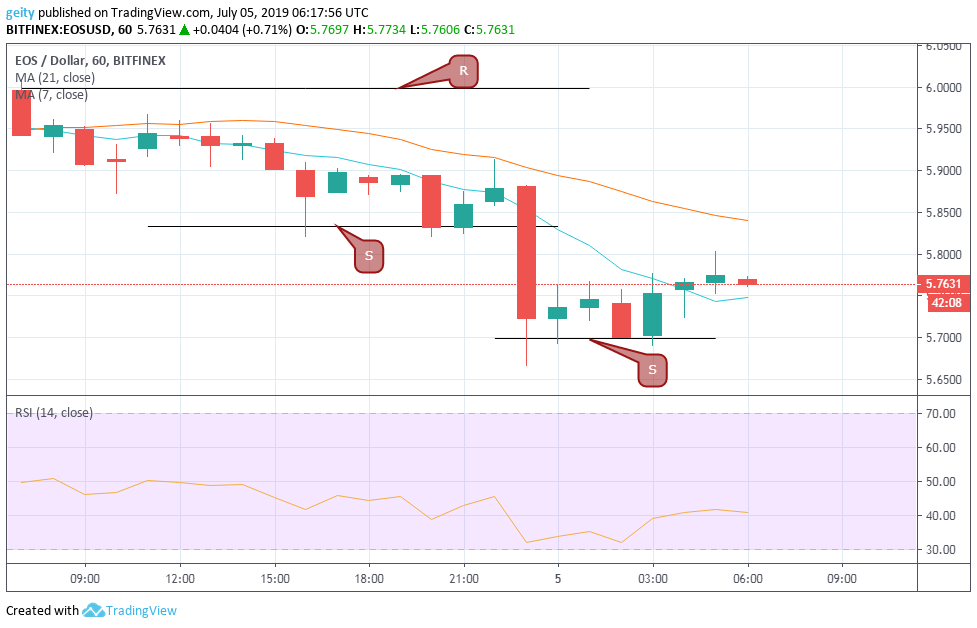 During the last 24hrs, EOS/USD pair traded lower by 3.02%. EOS began trading yesterday at $5.94 and is currently at $5.76. The downtrend was supported by most indicators, with the 21-day MA that gravitating above the 7-day MA. In addition, the RSI indicator also hit a low of 31.84 before a slightly rose to a high of 41.92, which indicated a bearish signal.

This placed resistance level at $5.99 and support level at $5.73. At around 23:00 yesterday, the market saw an extensive fall that dipped the price sharply down to a low of $5.66. This lowered down the support level to $5.6983, which indicated a strong bearish momentum.

Despite a general bearish momentum, the coin may be expected to recover in the next few days, perhaps due to the recent announcement made by MinerGate to expand its portfolio services. Additionally, Lumi Wallet has also collaborated to allow users to vote for the EOS ecosystem, which is a positive impact upon investors.

At the press time, all indicators still point toward a bearish signal. Since the 21-day moving average still gravitates above the 7-day moving average and the RSI Is seen heading south. A further downtrend is to be expected in the next few hours. New targets should be set at $5.70. Nevertheless, if the bulls up their move they can overcome the downtrend. 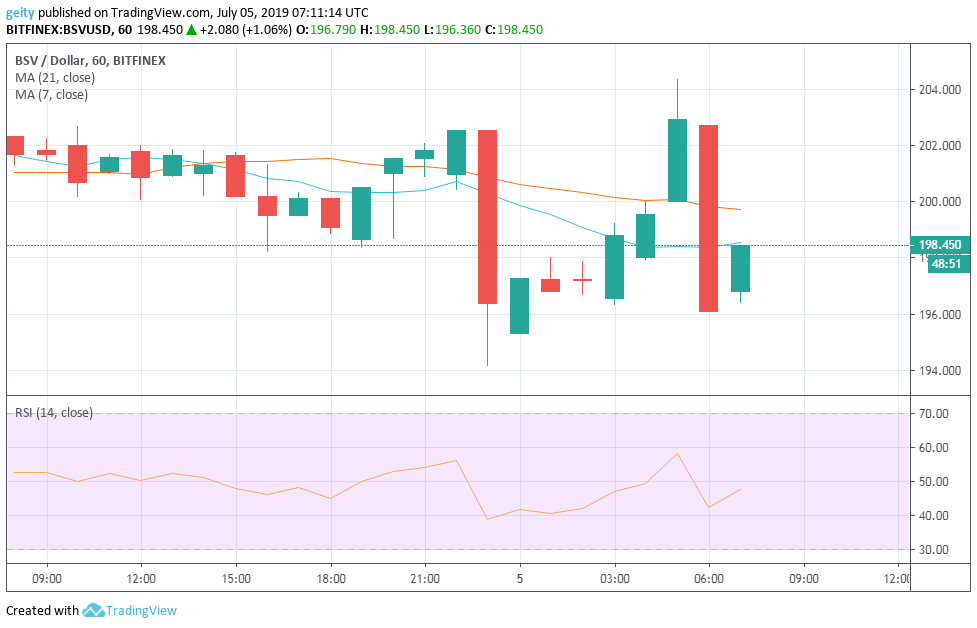 Like EOS/USD pair, BSV/USD pair has also exhibited a bearish outlook. The downtrend was confirmed by the 21-day MA that was seen trading above the 7-day MA. The pair’s price moved from $201.69 to $198.45 that showed that the coin has dipped by 1.6% over the last 24hrs.

BSV began trading with an intense period of consolidation that resulted in a downtrend that dipped the price sharply to a low of $194.140. The RSI indicator was also moved from a high of 56.08 to a low of 38.72 at 23:00, which reflected the downward price movement.

This was followed by an upward price rally that rose to a high of $204.34 before it dipped sharply to the current price of $198.45. The RSI is currently heading north, which shows the reluctance of investors to go short since they foresee better prices.

Bearish momentum is likely to proceed; this is because the 21-day MA is still gravitating above the 7-day MA. New targets should be set at $194.06. 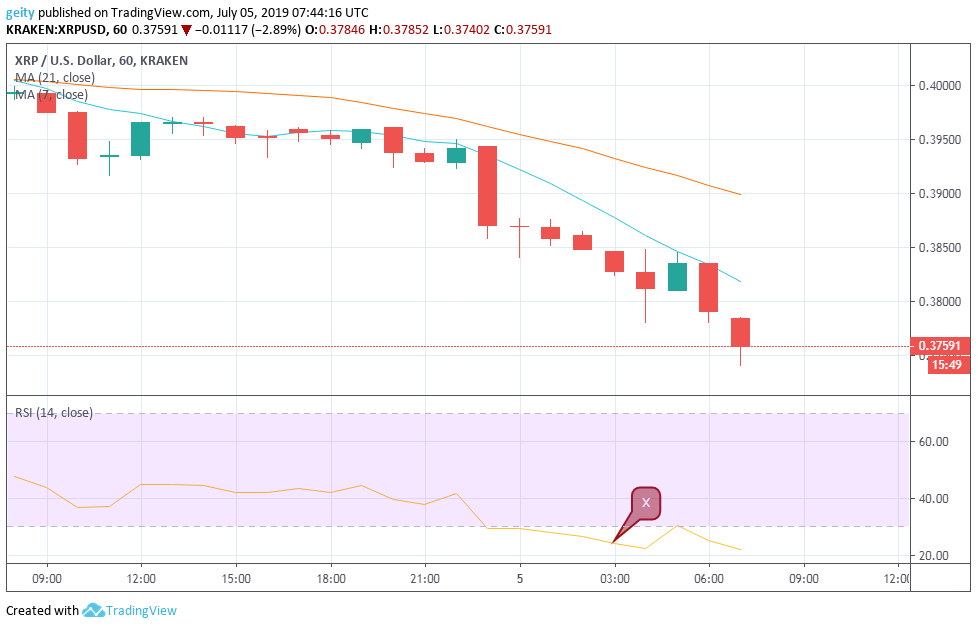 XRP/USD pair, on the other hand, has also undergone a bearish outlook during the last 24hrs. XRP is down by 5.9% having moved from $0.39942 to $0.37591. All indicators confirmed the downtrend since they both point toward the bearish signal.

The 21-day MA is currently trading above the 7-day MA and the Relative Strength Index indicator had moved from a high of 48.52 to a low of 21.88, which indicated a strong bearish signal. The pair’s price saw a strong period of consolidation before a massive fall that dipped the XRP to the current price of $0.37591.

At the moment, the RSI X is below level 30, which indicates oversold market momentum.  The RSI is also heading south, which shows a strong increase in sellouts. The dip in the pair’s price has led to a lack of confidence in the coin by investors; the fall has also negatively affected investor’s sentiments.