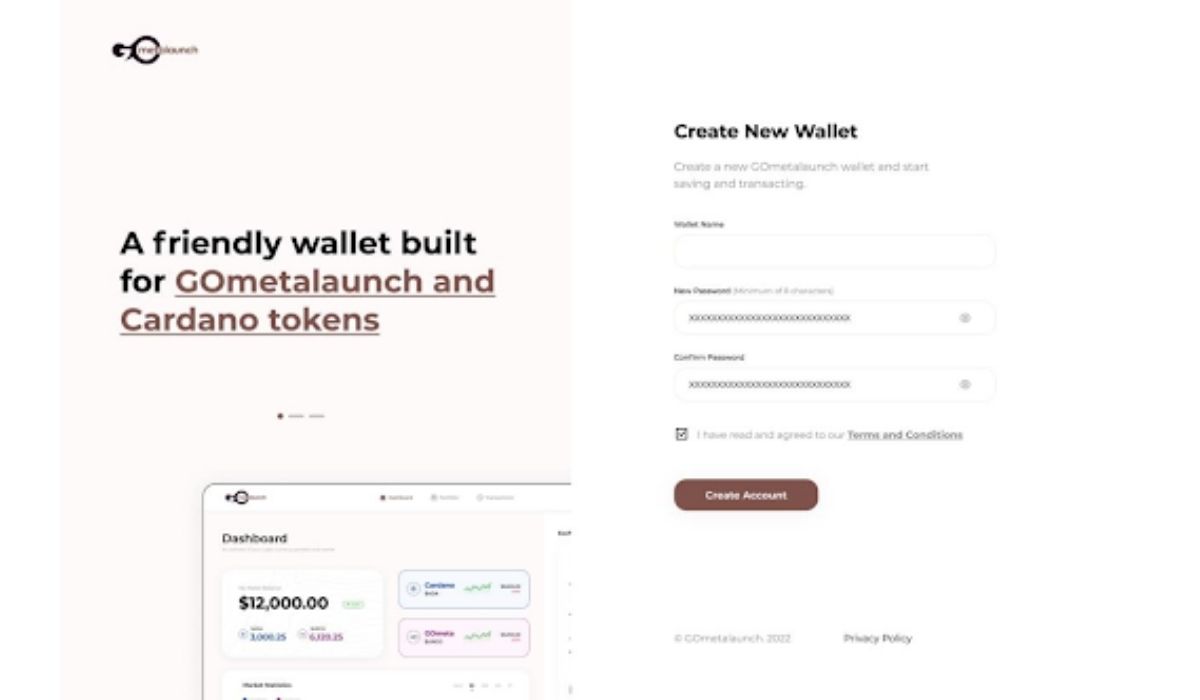 GOmetalaunch, the first Cross Chain Metaverse IDO launchpad based on Cardano, is elated to announce the private sale of its native token, $URGO.

According to the platform, the private sale is now live, allowing investors to buy the tokens at a low price before the public sale and ISPO. Note that the private sale follows the recently concluded Seed Sale, a tremendous success.

For the private sale, Gometalaunch has allocated 100,000,000 URGO tokens with a selling price of $0.0021. The minimum buy amount was set for 200 ADA, while the maximum buy was placed at 20,000 ADA. To participate in the event, investors will need to first purchase ADA tokens from any crypto exchange of their choice and have the ADA tokens sent to their Cardano wallets. Once they have the ADA tokens, they can then send the token to the provided wallet address on the website. Gometalaunch will then airdrop the $URGO tokens the wallets used for the transaction.

GOmetalaunch mission is to ensure that developers working to bring the Metaverse into reality have all it takes regarding funding and Technical support. GOmetalaunch also seeks to give the Blockchain and Cryptocurrency Community at large the necessary support that will allow them to reap benefits from these technologies. The GOmetalaunch team explains:

“GOmetalaunch will be a community and a safe place where both Metaverse Developers and supporters will come together to join funds and technical know-how to push the best and hottest Metaverse pioneer projects into actualization.”

In addition to the private sale, Go labs are also unveiling its URGO wallet, a non-custodial wallet for its community. Note the wallet is among the many developments efforts by the Go Labs team, whose efforts seek to accomplish the scheduled roadmap ahead of time.

Notably, the URGO wallet is designed with a  Github account dedicated to the community members allowing them to keep up with technical updates on the platforms. The URGO wallet will be rolled out as a web extension before the release of the Mobile App. The platform plans to avail the test version of the web extension in the next three weeks. However, Go labs will provide technical and relevant updates in the coming days.