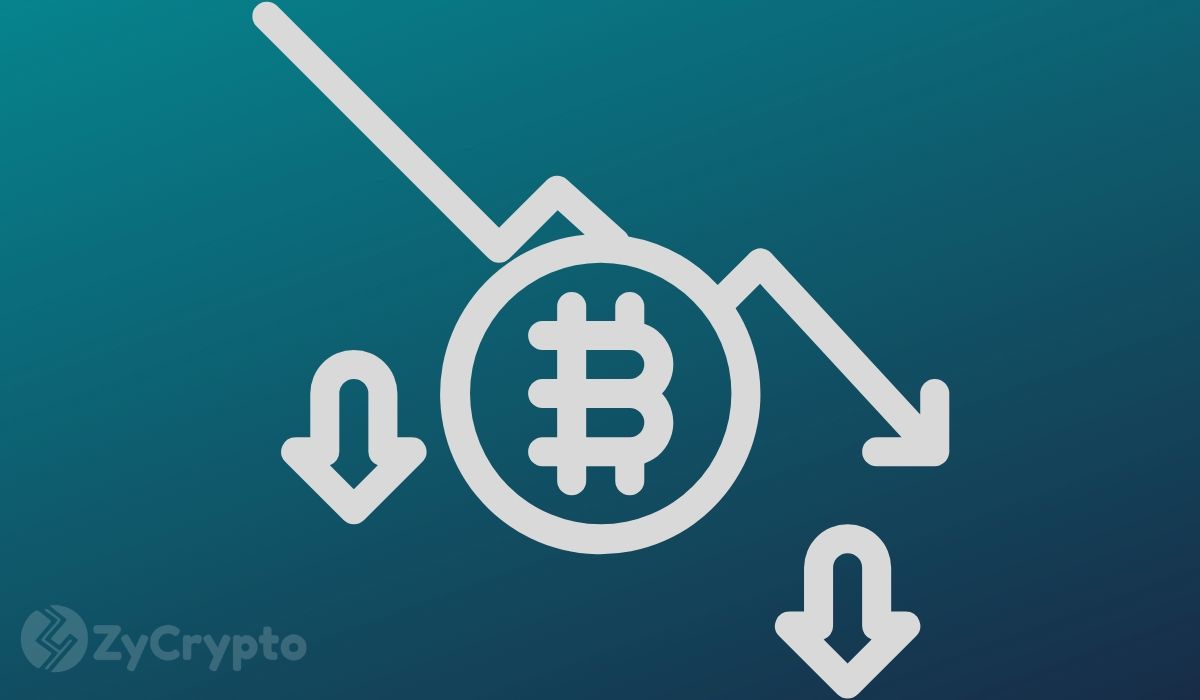 Crypto critics continue to chest thump as a majority of cryptocurrencies led by Bitcoin continue to shed value in the wake of a FUD-filled week.

Gold bug Peter Schiff, who has been a staunch Bitcoin critic did not waste the moment to prove his critics wrong with his Twitter activity on Saturday buzzing with more than 10 self-praise rhetorics after Bitcoin dipped.

“The scary part for the longs is that the pattern projects a move below $30,000. Once that level is breached Bitcoin will have completed a massive double top. From there a crash below $10,000 is highly likely,” he had asserted.

The gold bug went on to criticize his doubters for contesting his predictions about Bitcoin, praising Gold for its resiliency.

“Many Bitcoin pumpers have criticized #gold for its failure to keep pace with #inflation. While gold has not kept pace with the 7.5% YOY rise in the #CPI either, with a 6% YOY gain it’s much closer than Bitcoin!”

According to Holger Zschaepitz, a senior market analyst for Welt, despite the price of gold rising by half a percent in 2022, its resilience considering how the ongoing market shakeout has affected major stocks and Bitcoin is a reminder of who is still boss in terms of being a reliable store of value. 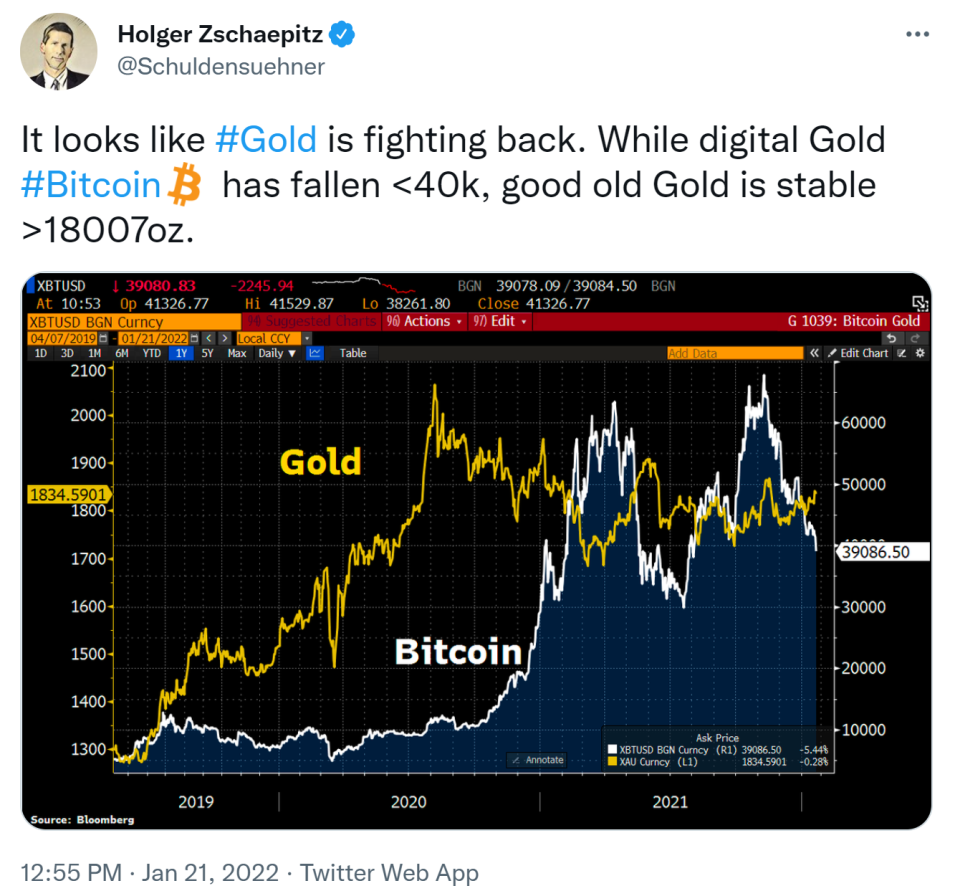 Others such as Mr. Whale predicted a worse onslaught, heaping the blame on Tether for minting stablecoins out of thin air. “Once you realize over 90% of this market is propped up by Tether, you’ll realize the collapse is inevitable.”

During Friday’s frenzy, various crypto-invested companies continue to also feel the heat with MicroStrategy, the largest Bitcoin holding public traded company losing more than 4% of its shares’ value. Jack Dorsey’s Block has also seen its shares plunge by 6% in the last 24 hours with Tesla, which bought $1.5 Billion worth of Bitcoin last year seeing its stock price fizzle down 2.21% today.

Albeit crypto markets continued to advance to the south, various factions including New York’s mayor and Michael Saylor continue to see this as an opportunity to stack more sats with others urging the crypto community to keep HODLING. At press time, Bitcoin is trading at $38,223, coming eerily close to $37,500 which could act as support according to veteran trader Gareth Soloway.