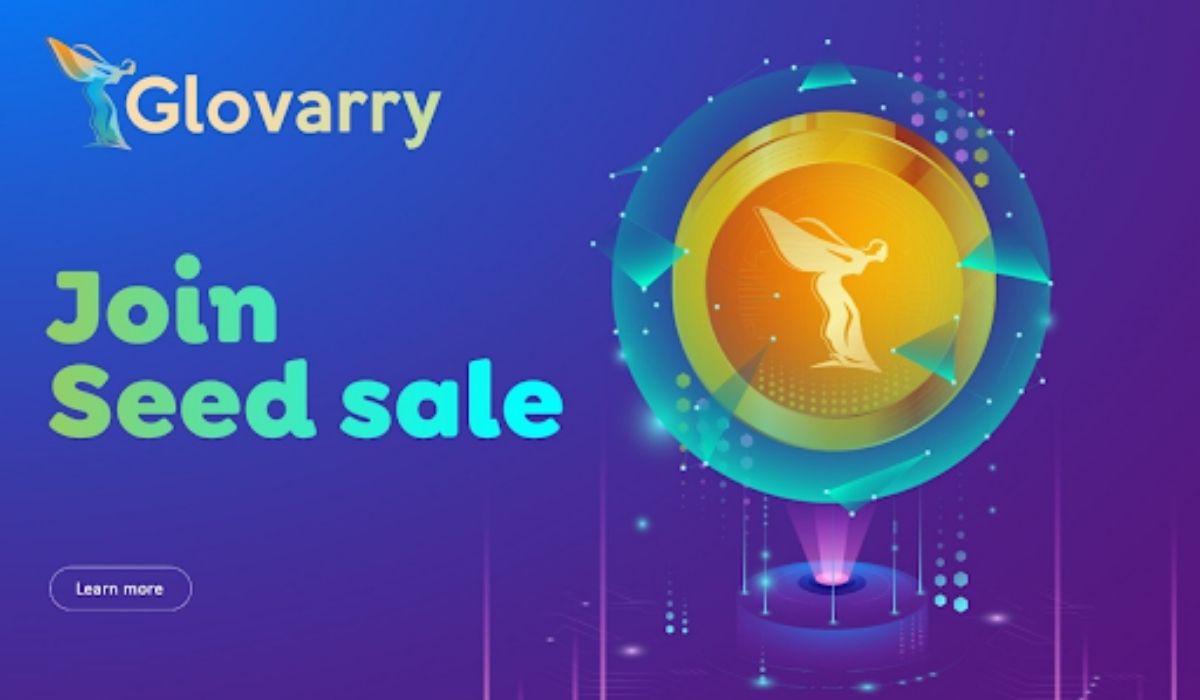 Glovarry, the next-gen NFT marketplace is elated to announce the Seed Sale of its $GLOV Token which started on April 27, 2022.

According to the Glovarry team, the Seed sale will be intended for a limited number of people. Investors will be required to purchase ADA from any exchange of their choice and send them to Cardano-supported wallets like Adalite, Yoroi, and Daedalus. The maximum buy has been set at 3000 (5,000,000 $GLOV) ADA while the minimum buy is 300 ADA (50000 $GLOV). Note: 1 ADA equates to 166.67 GLOV.

All investors who purchase $10,000 ADA worth of $GLOV, will be referred to as Cullinan. Becoming a Cullinan allows an investor exclusive benefits including being the first bidders of rarest NFTs, first access to ISPO, and being able to take part in the decision-making process. In addition, the platform will reward Cullinans with a Glovarry Founding member NFT that will have the power to unlock exclusive rewards and the whitelist positions in the Glovarry NFT marketplace.

At the heart of the Glovarry project is the Glovarry tokens, $GLOV which serve various utilities on the platform. The token can be used for staking, swapping, minting, and providing liquidity. The $GLOV token also allows users to collect NFTs on the Cardano network. Altogether there are 500 million $GLOV tokens.

Glovarry seeks to create an NFT marketplace that offers flexibility and seamless fast transaction for collectors and creators. Glovarry has created a next-generation NFT marketplace aimed at changing the NFT space through its revolutionary mechanism. Glovarry hopes to allow any user interested in the NFTs to create their marketplace with limitless swap alternatives while enjoying the security and low gas prices from the Cardano blockchain.

“Glovarry will provide creators with the unlimited creative freedom to express themselves while bringing their visions to reality. In addition, it will enable these creators to maintain greater control over their work.”

When fully launched, the platform will use the Proof-of-Stake protocol, to compensate users for confirming transactions on the network. Notably, the platform will allow collectors s to exchange their NFTs for NFTs or tokens with NFTs. Glovaryy will enable NFT holders to combine their NFT and add up with their ADA to swap for tokens.

The Seed sales round comes weeks after the platform launched its non-custodial robust multi-chain NFT marketplace aimed at providing a revolutionary mechanism while taking advantage of the Cardano Blockchain.