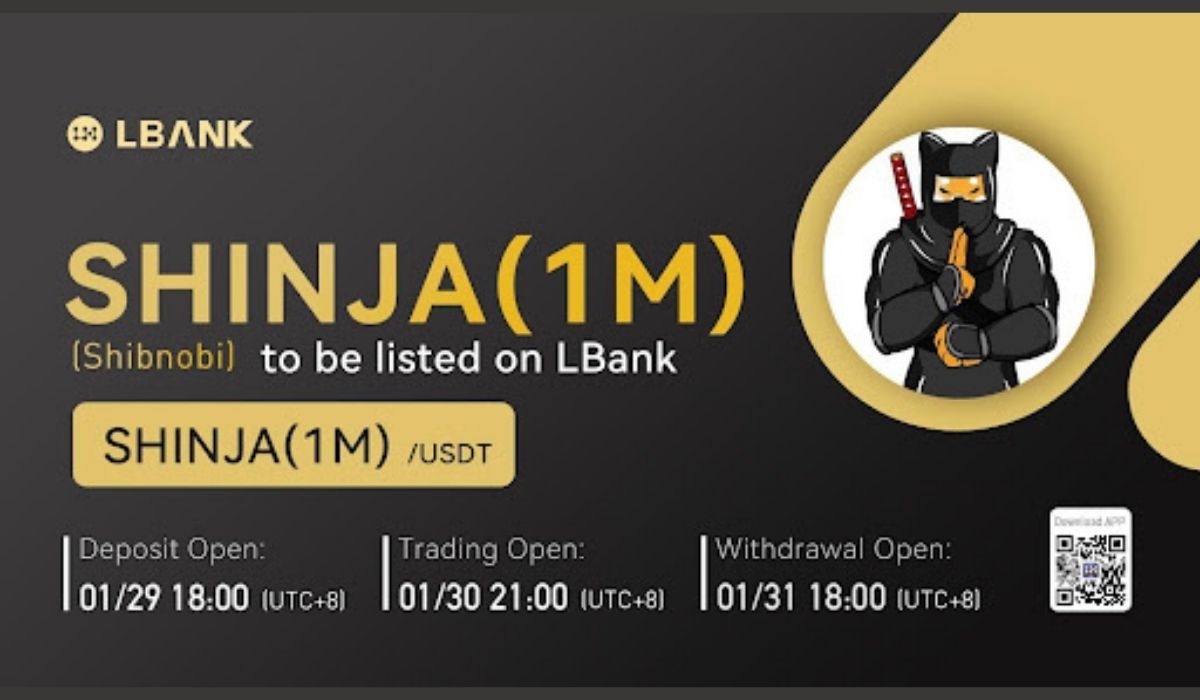 SHINJA, the native token of Shibnobi, an innovative passive income project that features a user-friendly multi-chain swap ecosystem will be going live on the popular crypto trading platform, LBank on the 30th of January.

As announced via a recent press release, the SHINJA/USDT trading pair will become available for users of LBank to trade by 21:00 (UTC+8) on January 30, 2022.

The new development reflects Shibnobi’s efforts to further expand its global recognition and help it achieve its vision. The project is basically aimed at revolutionizing the decentralized finance space by building its own blockchain while featuring a user-friendly multi-chain swap across Ethereum, Binance, Cronos, and Polygon.

Per the announcement, Shibnobi is currently working on 4 different projects collectively aimed at introducing an era of user-friendly and intuitive cryptocurrency trading experience for newbies and veterans in the DeFi space. The projects include multi-chain DEX DojoSwap, Kusari Blockchain, an in-built 2FA Katana Wallet, and a P2E virtual ecosystem known as Dojoverse.

The proposed launch of SHINJA on LBank Exchange will certainly serve as a stepping stone for Shibnobi to earn new users and enhance its business as it will gain attention in the crypto market.

The platform further elaborated on how LBank users holding SHINJA should expect their wallets to look like as there may be some setting issues saying;

“The amount of SHINJA assets shown in the LBank Exchange user’s wallet is 1/1000000 of the actual amount. And the value of the user’s assets remains unchanged. So, for example, if a user deposits 1,000,000 SHINJA tokens, the number shown in the wallet will be 1 SHINJA(1M).”