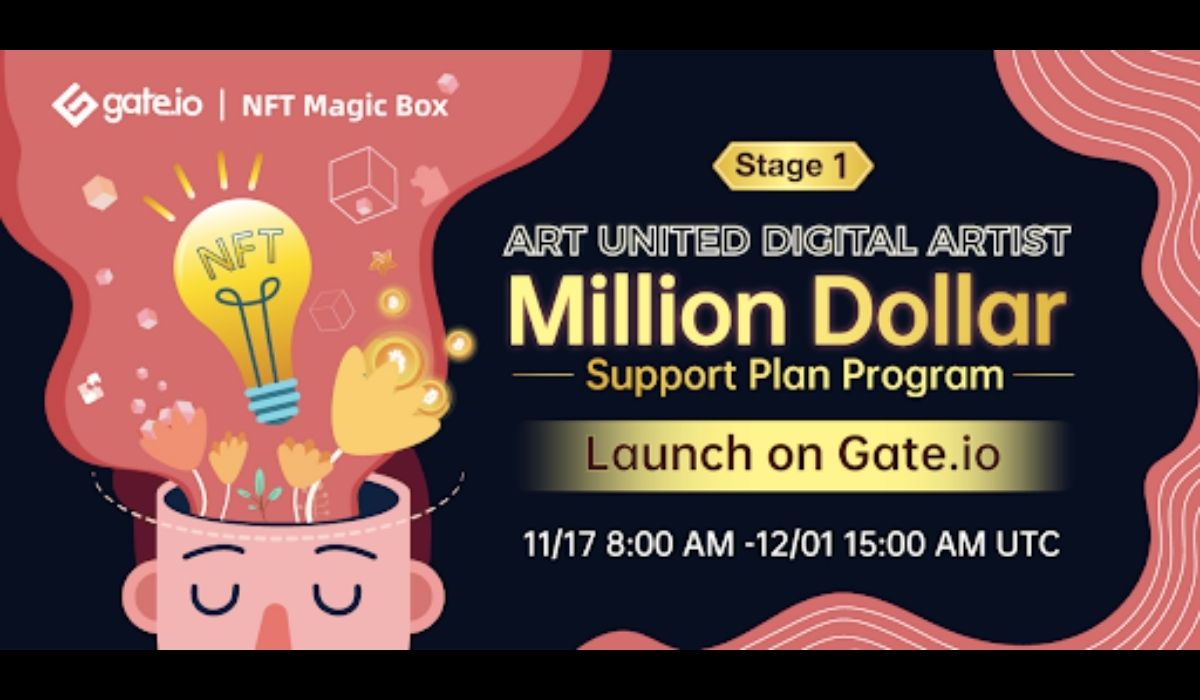 Gate.io, a leading cryptocurrency exchange, recently announced the launch of its $1 million funds to offer support to upcoming creators within the NFT marketplace.

As per the announcement, Gate.io, through its NFT Magic Box marketplace, has launched a fund dubbed as the ‘Art United Digital Artist Support Programme.’ The fund seeks to provide funding for NFT creators while at the same time allowing them to access a broader range of Gate.io services within its ecosystem. The fund is reportedly the first of many incentive programs by the exchange to cultivate the NFT space.

“Since its launch earlier this year, NFT Magic Box has seen tremendous growth. As the global NFT market continues to grow, we at Gate.io aim to nurture up-and-coming talent and give creators access to funding and an environment that promotes their art. NFT Magic Box offers several benefits over other platforms, the most important of which is offering artists the ability to mint NFTs for free. We also support multi-chain, allowing NFT creators using Ethereum and Tron protocols to showcase their artwork on the platform.”

The first phase of the Art United Digital Artist Support Programme is already in play, following it launched on November 17 and is expected to run until December 1. Both new and established artists will engage in various activities that will allow them to receive rewards for uploading their works. In addition, creators’ participation during this phase will be prioritized on the Official Certified section of the NFT Magic Box.

The news comes days after Gate.io launched an Initial NFT Offering (INO) for its NFT Magic Box marketplace to empower artists and creators. The INO was also created to help artists and creators showcase their artwork to audiences across the various global communities. In addition, the INO will also give Gate.io users early access to new NFT collections and opportunities within the market.

The NFT Magic Box was launched earlier this May, providing users with a platform for creating and auctioning NFTs. The NFT Magic Box makes it possible for users to mint, develop, promote and auction digital artwork. The marketplace has since grown tremendously, launching new products like OpenPunks. The NFT Magic Box has also formed numerous strategic partnerships to add collections, including iFans, MetaverseX, Losercoin, and Allen Iverson. The marketplace recently launched a new service for popular and verified NFT collections, which has already added Bored Ape Yacht Club (BAYC) and Mutant Ape Yacht Club (MAYC).