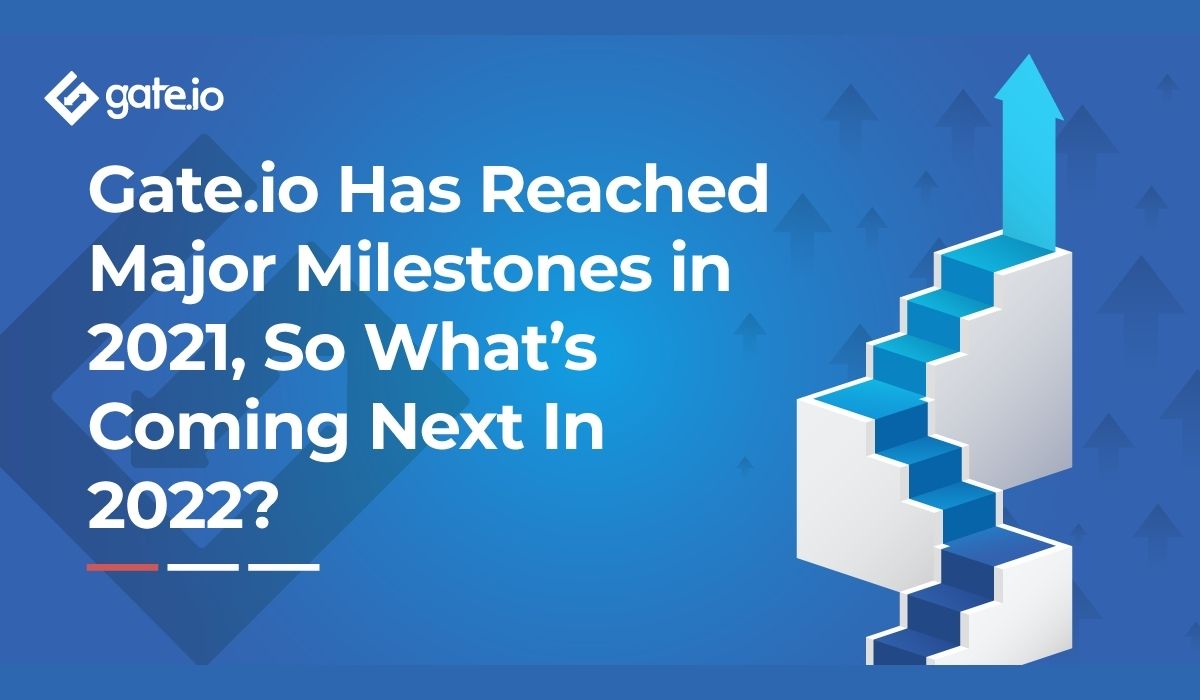 Leading cryptocurrency exchange Gate.io celebrates its many milestones achieved in 2021 as it prepares for the year ahead.

According to reports, in the last 12 months, the exchange saw an increase in registration by over threefold as the demand for cryptocurrencies increased. In addition to the rising demand, Gate.io also held a campaign to increase user registration to 10 million. Notably, this campaign rewarded users several prizes, including sharing 1 BTC.

“Overall, Gate.io has experienced a surge of interest during 2021. We have launched several new services, such as the NFT Magic Box marketplace, as well as improving and expanding our existing services. Hard work pays off, and Gate.io’s growth this year proves yet again that the platform is one of the best out there.”

Gate’s new position came months after the exchange launched its NFT Magic Box marketplace. Since its launch, the NFT Magic Box has gained much traction as the NFT market continues to grow. The NFT Magic box has seen the launch of OpenPunks, strategic partnerships with key players within the NFT marketplace, and a new service for verified popular NFT collections. Note: the new service started with the popular Bored Ape Yacht Club (BAYC) collection and its offshoot, Mutant Ape Yacht Club (MAYC). The NFTMagic Box launched a $1 million fund to support NFT creators earlier this month.

In addition, the year has seen the number of tokens listed on its spot exchanges surpass 1200 after it added hundreds of new coins and tokens. Currently, Gate.io has the widest selection of tradable crypto-assets globally and has over 9 million users in 190 countries across the globe.

In the coming year, Gate.io plans to continue with this trajectory, reaching more milestones. Last week, Gate.io launched its first-ever Global Futures Trading Competition (GFTC) with $2 million up for grabs. The Competition is set for early 2022 on January 7. Currently, the company has opened up registration for early-bird registrations. The Competition will also see top-ranked troops in the Troop Showdown win up to $1.6 million from the prize pool.