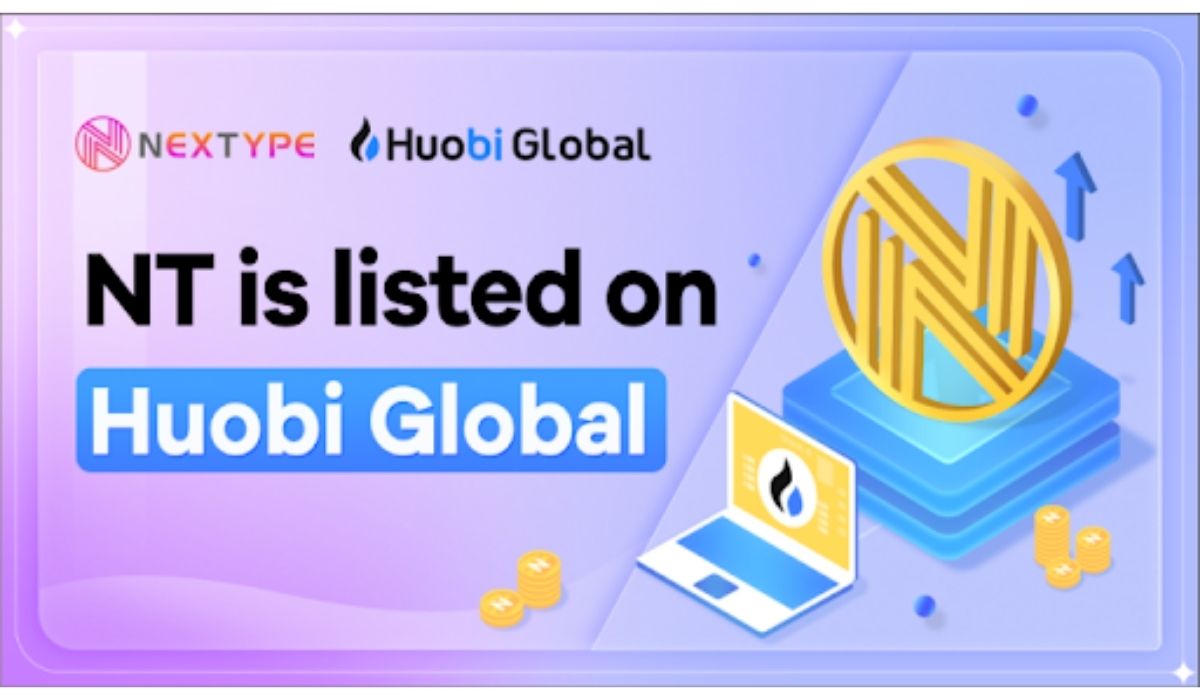 NEXTYPE, a top integrated blockchain game distributor, recently announced the listing of its token, NT, on one of the world’s leading crypto exchanges, Huobi. To mark the event, NEXTYPE will hold a series of million-dollar reward events.

As this continues, the platform will focus on its extensive plans to further build its infrastructure, offer high-quality blockchain game distribution and incubate native GameFi and NFTFi products in addition to giving players enjoyable gaming and earning experiences. All this is geared towards achieving the vision of inspiring the endless potential blockchain games can offer to players worldwide.

Notably, the NT token has a total supply of 1 billion units, with 100 million currently in circulation. Huobi became the first exchange to host the token, with demand driving it to 100% gains and a new all-time high within five minutes of launching trades. Most of the platform’s tokens will be allocated to future ecological construction and community development. NEXTYPE has made clear the rules of unlocking these tokens.

Even more, NEXTYPE has entered into an Exclusive NFT Authorization Agreement with Hanazawa Kana, a famous voice actress in Japan and the rest of the world. The platform now has the rights to issue, and trade 108 exclusive NFTs of the actress. All NFTs will be powered by NEXTYPE’s gaming benefits. The first batch of these NFTs will be issued in the near future, and their total value is expected to exceed a million dollars.

Further development includes an upgrade in NEXTYPE’s brand strategy to meet its long-term goals. Currently, the platform is home to over 300,000 gamers. It insists on meeting both economic and gaming goals with its products. Its first game, MiningTycoon, was ranked first by the DappRadar New Game section.

Quite soon, NEXTYPE plans to launch two self-developed games, namely NEO FANTASY and Maiden Des Dragon, in addition to a number of cooperative games. Next year will be the year NEXTYPE achieves significant milestones. These include completion of its infrastructure, product development ad features updates.

For its first game, MiningTycoon, NEXTYPE plans to conduct an initial game offering (IGO) alongside establishing special IGO mining pools for the game. NEXTYPE conducts IGOs of cooperative games to NT holders to give them a chance to acquire native game tokens in a cost-efficient manner. It also allows them to make cost-controlled and effective investments, and to take part in diversified joint events.

All in all, NEXTYPE has effectively communicated its strategy and market niches it intends to cover. There are vast possibilities and potentials the future holds for upcoming commercial promotion. For now, what remains is watchful waiting for the future value NEXTYPE will hold.