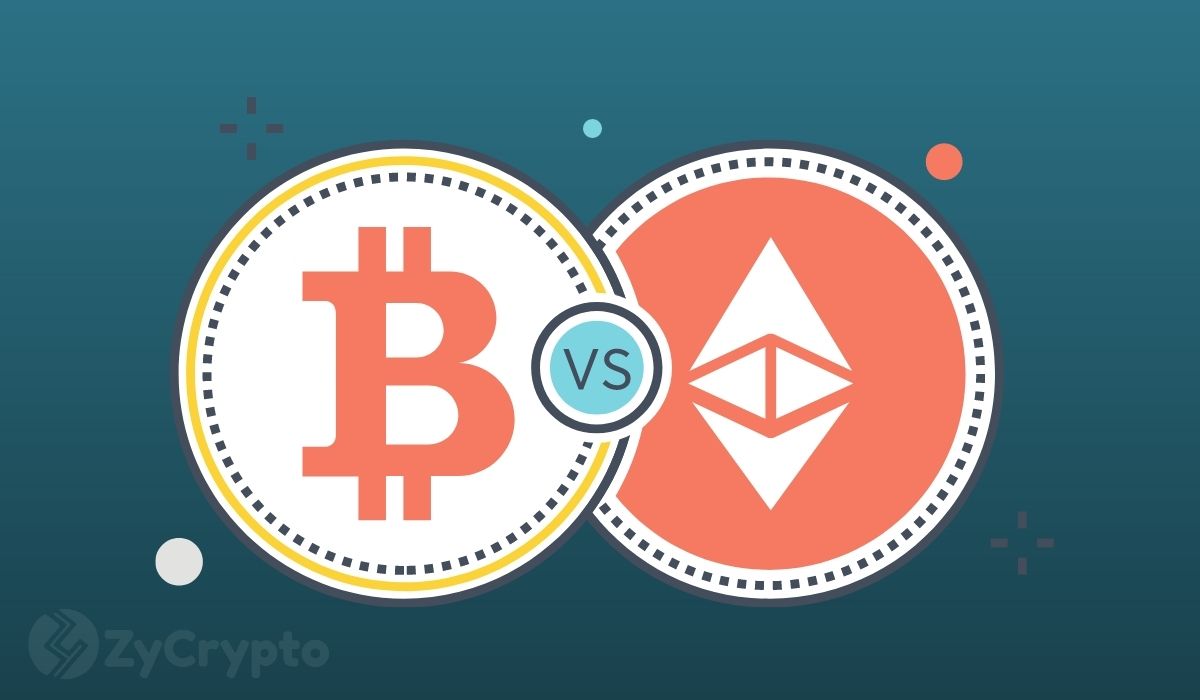 At press time, Bitcoin and Ethereum cumulatively account for nearly 65% of the entire crypto market. Bitcoin, as the informal leader of the crypto industry, composes more than 45% of the market. Whereas Ethereum, as the second-largest cryptocurrency, makes up almost 18%.

Last week, both of these leading cryptocurrencies endured some losses. Bitcoin’s market cap dropped by 12.6%, while Ethereum suffered extended losses as its market valuation plunged by 19.3% week-over-week. Despite tolerating more losses, Ethereum managed to outperform Bitcoin in terms of active addresses.

Looking at the past, this wasn’t the first time that Ethereum outdid Bitcoin on the subject of active addresses. Last month, on June 5th and 6th, Ethereum also managed to top Bitcoin. While this can be an indication that Ethereum is catching up with Bitcoin, could this mean that the fabled “Flippening” is befalling?

Is the Flippening Imminent?

In recent years, Ethereum has been growing unbelievably, in some cases even outperforming Bitcoin. This got Ethereum lovers to talk about the possibility of a Flippening.

The term Flippening was first used in 2017 and points out the probability of Ethereum’s market cap surpassing that of Bitcoin. In other words, Flippening is the moment when Ethereum becomes the largest cryptocurrency and topples Bitcoin from its informal crypto leadership.

However, this avenue of thought naturally leads to contrasting and matching these two major cryptocurrencies in more than just price —which would be greatly unfair. For one, these two networks are providing very different services and are accomplishing distinct goals.

Bitcoin was initially designed to be an open-source payment system. However, it has now evolved to be more of a store of value, or as Bitcoiners call it, digital gold. Indeed, Bitcoin has many virtues that make it a perfect store of value, even better than real gold.

On the flip side, Ehtereum is an entire ecosystem with numerous functionalities. For the most part, it can be used for creating and using smart contracts and distributed apps. Moreover, Ethereum has a wide range of applications in the booming industry of DeFi. Traders who want to take part in DeFi protocols, usually end up utilizing Ethereum for some purpose — e.g., as collateral against a loan.

All in all, it is not fair to compare Bitcoin and Ethereum since they have very little in common. But about the Flippening, it might actually happen one day. However, considering that Bitcoin is way more successful than Ethereum in terms of attracting institutions and big money, Flippening might not be just around the corner.